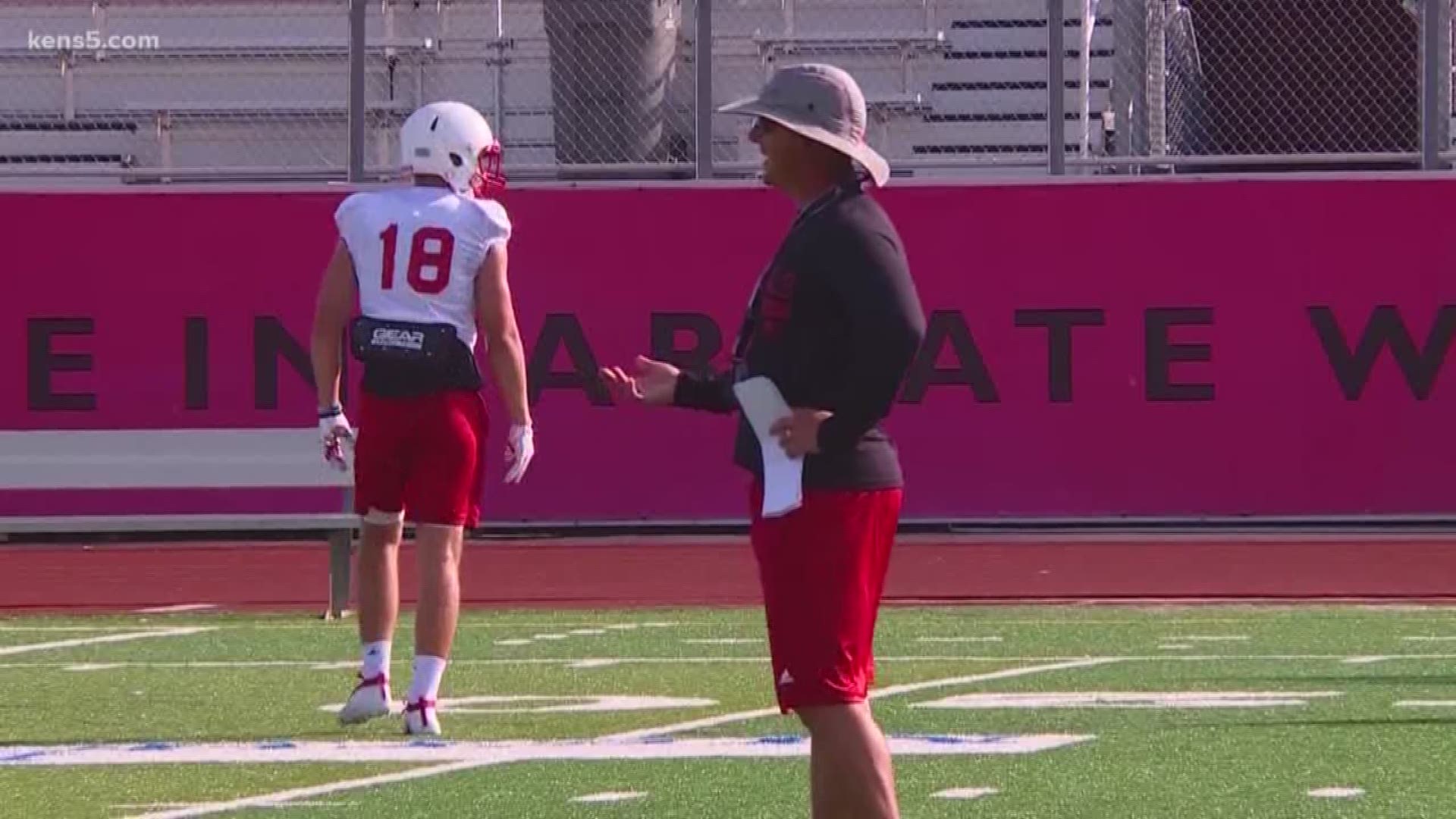 "You know, as a coach, finding out how to handle success is one of the hardest things you'll ever do."

It's the same message he's preaching at Benson Stadium in August as the pads are snug in place. With the Texas heat smothering all the players during fall camp, it is time to figure out what this team can do after its best season in program history.

In 2017, the Cardinals were a measly 1-10. In just one year, the squad turned it around and went 6-5, including its first FCS playoff appearance, a loss to Montana State in the first round.

Morris and company are not looking to dwell on successes. It is time to make some new firsts.

"You have that fear of getting complacent at times, but our coaches are doing a good job at pushing them and making sure they're accountable for their actions everyday," second-year head coach Morris said.

Senior offensive lineman Terence Hickman II said, "It felt good just because people doubted us. People thought we would be on the bottom and we actually came out on top so that was a great feeling."

Sophomore quarterback Jon Copeland added, "I feel like we have a lot to prove. Many believe this was a 'one-hit wonder' deal, so we really got a chip on our shoulder and prove some people wrong."

If UIW is going to sustain success, it is going to ride on the arm of reigning Southland Conference Freshman of the Year Jon Copeland. He is coming off a torn ACL, the second in his lifetime, but he's 100 percent healthy and ready to push his guys to bigger and better things.

"I have a lot of room to improve," said Copeland, who accounted for 22 passing touchdowns and 13 interceptions. "I'm excited to study some film and get things fixed."

Morris said, "We operate at a high level. We operate fast when he's out there. Over the course of the past year, when people saw we had him in the game, he was definitely a force to be reckoned with."

There is still plenty of time before we build up the hype for that matchup in the Alamodome against UTSA, but based on what we saw last year, the Cardinals are not going to be an easy out for the Roadrunners. Kickoff for that one is at 5 p.m. on August 31.

RELATED: Commentary: UTSA will have little to gain, much to lose in first football matchup with UIW