Keaston Willis' mother works as a pediatric nurse and is currently serving on the front lines in the fight against coronavirus. 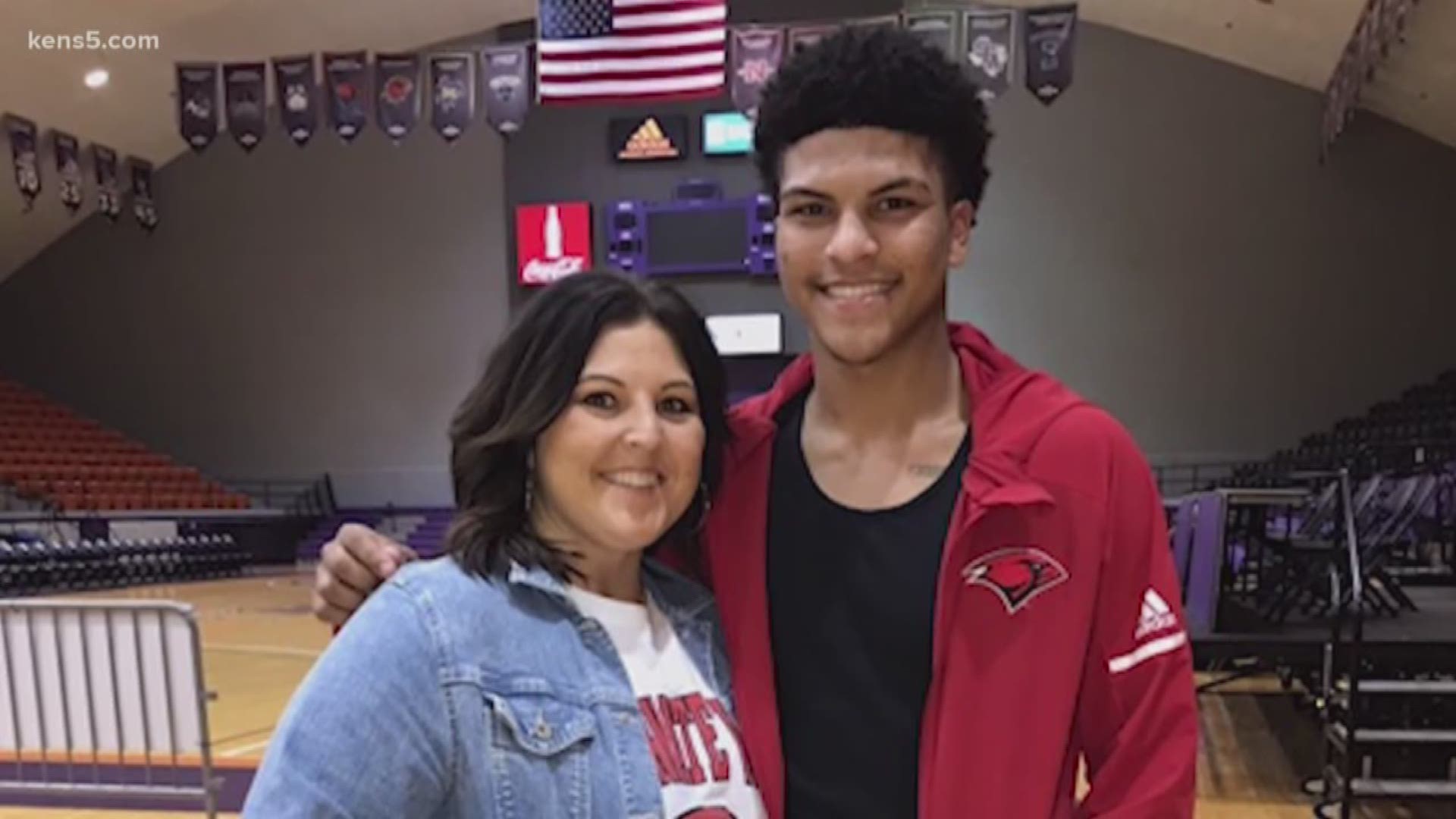 One of his players, Keaston Willis, has a mother who is a pediatric nurse. She’s on the front lines of the coronavirus pandemic.

So the team decided to schedule a zoom meeting and say thanks. ‘We decided to do it at 7:45 a.m. because she has to work at 8 a.m.’, said Keaston.

‘I woke up and came in here (the kitchen), set it up, and just called her over real quick,' Keaston added.

‘You could tell when she came that because Keaston was calling her over at like 7:45 a.m. in the morning, and she’s like why aren’t you sleeping she’s probably thinking,' said Head Coach Carson Cunningham.

‘I was ready for  work. I actually walked over and grabbed my purse, and was about to walk out the door when he said, hey mom, come over here for a second,' said Leanne Willis.

‘She didn’t know what was going on, and I said look here, and everybody popped up on the screen and just started thanking her.' Keaston added.

‘I just thought he was gonna show me a video or something on the computer, and his whole entire team, the coaches, the assistant coaches, everybody was on the zoom call,' said Leanne.

‘Everybody was thanking me for what I do. I was so surprised. I could not believe the entire team got up, and the coaches, and everybody got up. It just really meant a lot. I thought very highly of all of them,' Leanne added.

‘I told Keaston that his teammates probably hated me for getting up that early, but it actually did make my whole entire day,' said Leanne.

‘The guys got up. The coaches got up. We were excited to do it. It’s such a small thing for us to do,' said Coach Cunningham.

‘We had her bring it in for a virtual one, two, three, WORD,' Coach added.