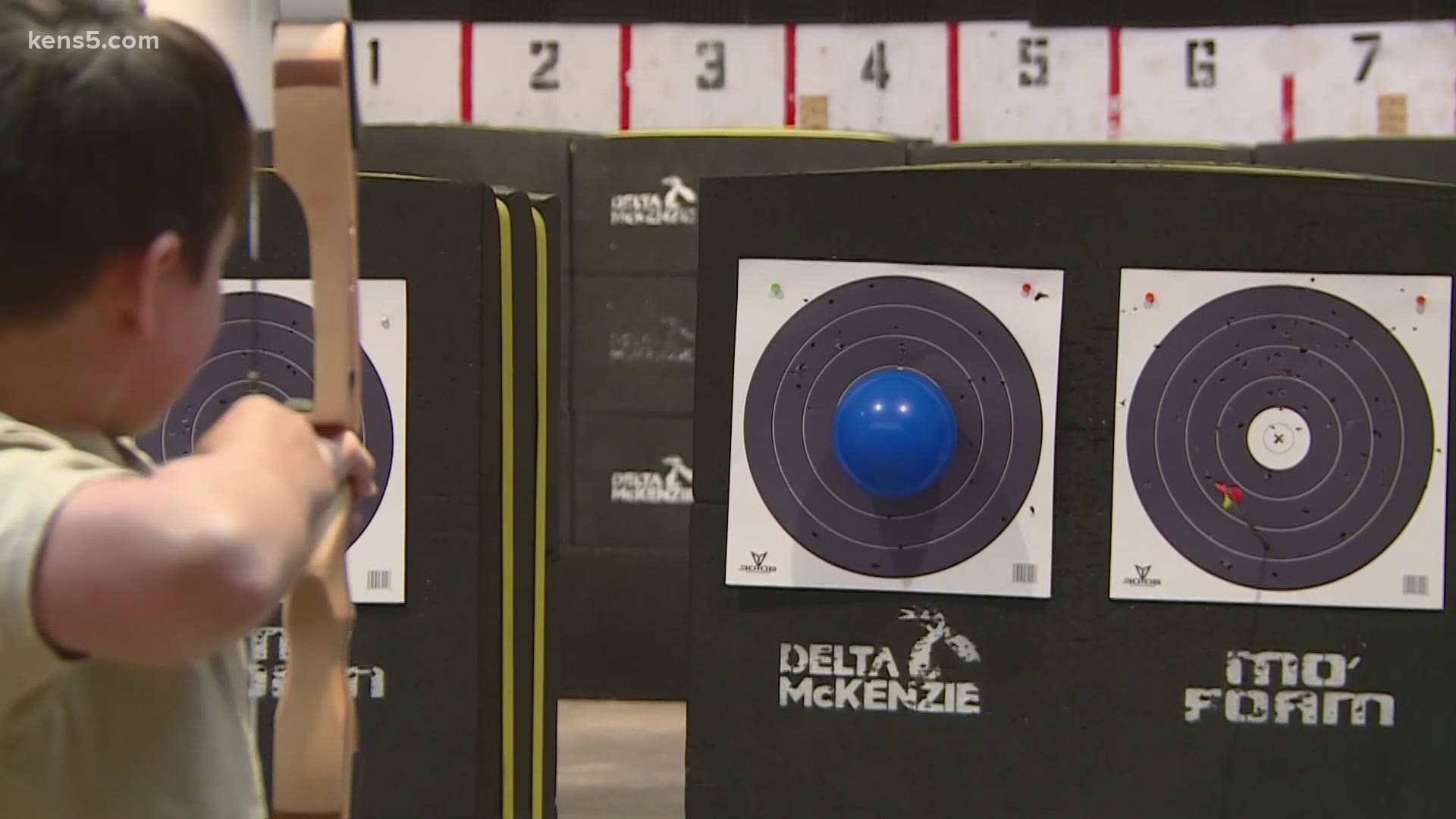 SAN ANTONIO — "There are other kids and they shoot archery, and I’m excited to shoot archery with other people that are my size, and also my age," says Bradly Headley, a junior archer.

As athletes continue their preparations for the Tokyo Olympics, a local youth group is doing the same. But they’re not headed to the games just yet.

“The Junior Olympic Archery Development. Think of Boy Scouts, or Girl Scouts, or the Boys and Girls Club. Not only does it make you a better archer, you grow as a person too," said John Smith, Buck and Doe’s lead archery instructor.

In order for young adults to reach USA Archery competition levels, they must go through JOAD first.

“I’ve learned the stance you stand in, I’ve learned you don’t shoot when someone is out there and I’ve also learned that if you’re pulling out the arrows, don’t hold them up, hold them down," Headley said.

“We’re going to figure out how to cope with winning, cope with losing, we’re going to make you a better archer," Smith said about the program's merits. "It’s about building confidence and building character."

In order to reach the Junior Olympic level, consistency is key and practice makes persistence.

"No one starts at Olympic level. You have to start somewhere, so why not be here? It’s anyone’s game, so come on in, we can get you there," said Smith.

And if you need more motivation, take it from a junior archer himself.

“I would say, if you’re in Texas, that’s the best place to try archery because you have Buck and Doe’s right by your side helping you," Headley said.