The blind serve the blind in San Antonio golf tournament

The wet weather was raining on the parade of dozens of visually impaired golfers from across the U.S. and Canada. 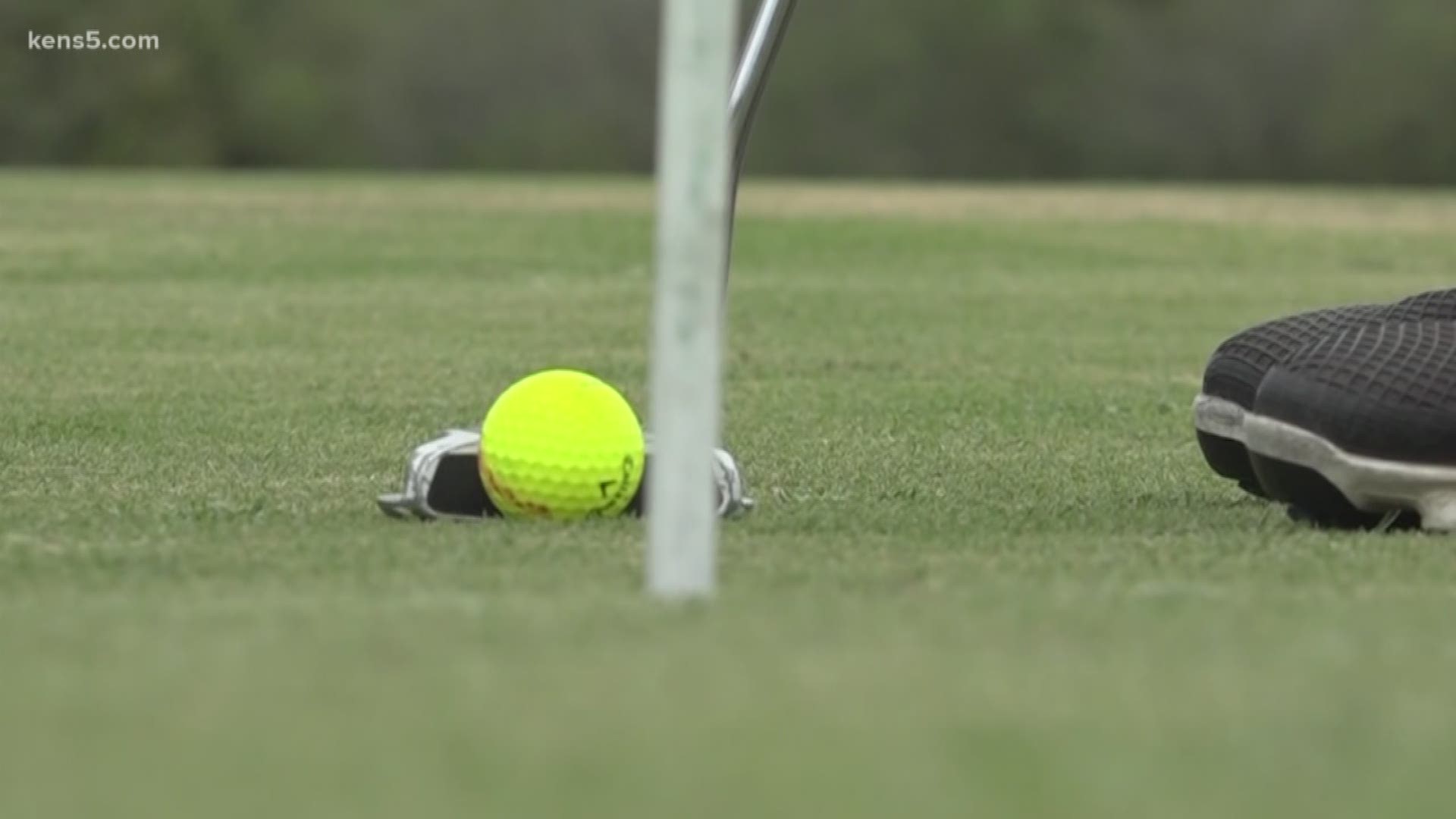 A noble cause and clear vision has rallied dozens of blind golfers together for ten years.

Monday, American Blind Golf hosted its tenth anniversary tournament, where it was announced that $1,000,000 in total was raised since this event's debut a decade ago. The money was raised for programs benefiting blind children through the San Antonio Lighthouse for the Blind.

Legally blind and visually impaired golfers from across the U.S. and Canada gathered at this year's tournament aided by a faithful group of sighted volunteer guides and sponsors. Each guide coached the golfer they were assigned to, assisting them with course management, ball positioning, and putting.

Bruce Hooper, American Blind Golf co-director, caused most to doubt his inability to see as he played a nearly flawless nine holes. "You really can't play without [the guides]," he said.

Each year, blind golfers gather from all over the world to support the vision of the Lighthouse. Bruce explained that golfers will travel from as far as Europe to be a part of this cause.

Monday's tournament was suspended just short of the eleventh hole due to approaching rain and lightning.