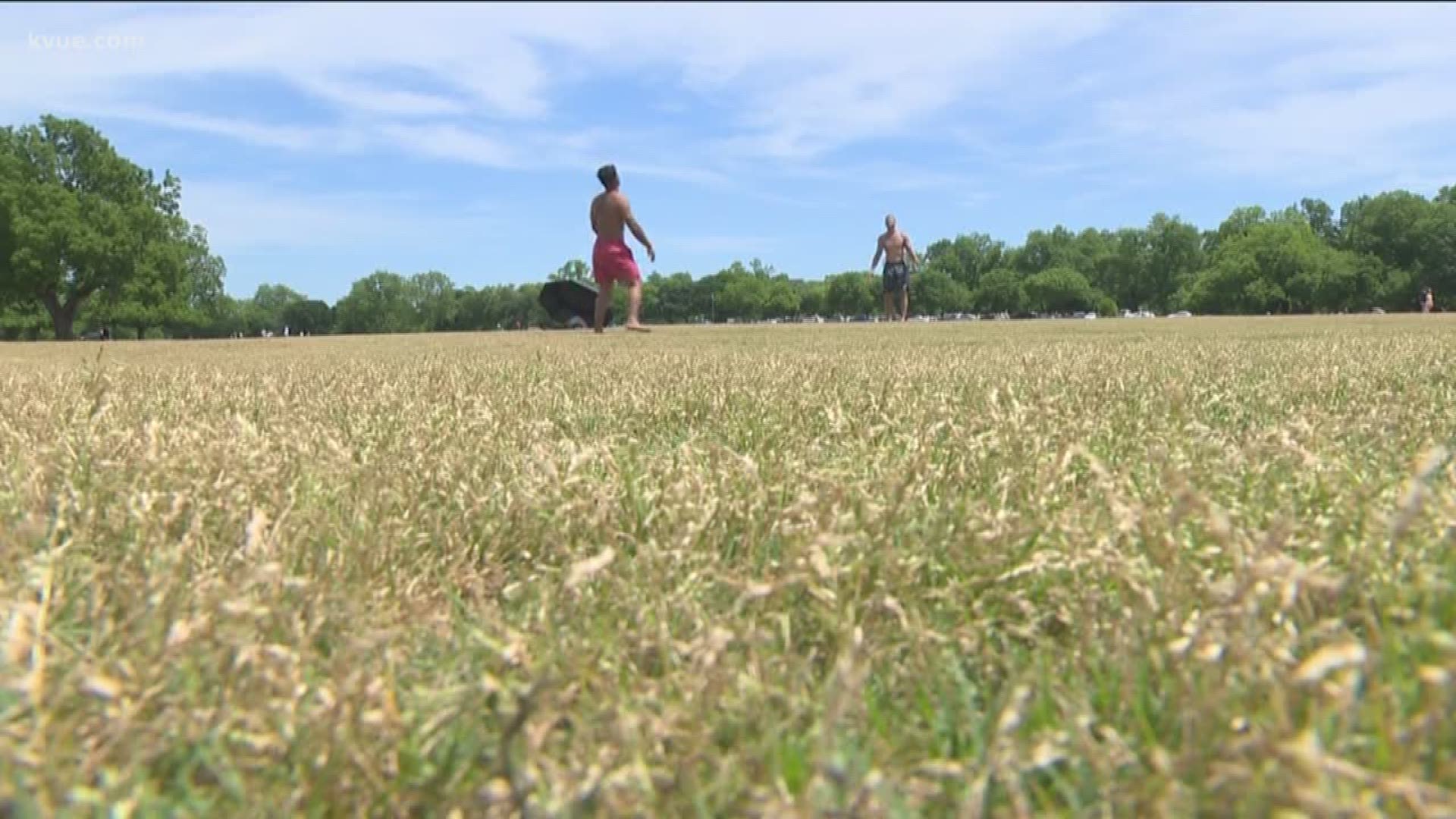 It didn't take Austinites long to start taking advantage of the Texas stay-at-home executive order not being renewed.

Golfers and tennis players rejoiced, as their sports fell under the non-contact, under-four-person requirements outlined by Gov. Greg Abbott.

Hundreds others flocked to Zilker Park to kick the soccer ball, throw the football and spike the spikeball.

For many, it was the first time they were engaging in physical activity in over a month.

"It’s been very difficult, but you do what you have to do to make everybody safe and healthy," said Caren Steele, who was playing tennis at West Enfield Park with a small group of friends. "I thought going to the grocery store was more traumatizing than playing tennis today."

Even still, she was being careful, and took extra precautions to make sure the environment was safe and sanitary.

"On the courts, we are not shaking hands and we are self-distancing six feet apart," she said. "We hand-sanitize or use wipes after every game."

At Zilker Park, many were enjoying the green light to go outside given by state and city officials.

RELATED: Austinites are going outside this weekend, but are they practicing social distancing?

"Parks are made to be enjoyed," resident Michael Stoneking said. "Austin has an abundance of beautiful parks. There’s no equal to Zilker. We love coming here and we’re glad to be back."

Even with social distancing guidelines still in place, Friday marked a semblance of normalcy in the face of abnormal times.

"Not only is the weather spectacular, my friends are spectacular and it’s just good to be together," Steele said.