Texas board votes unanimously to accept invitation to SEC 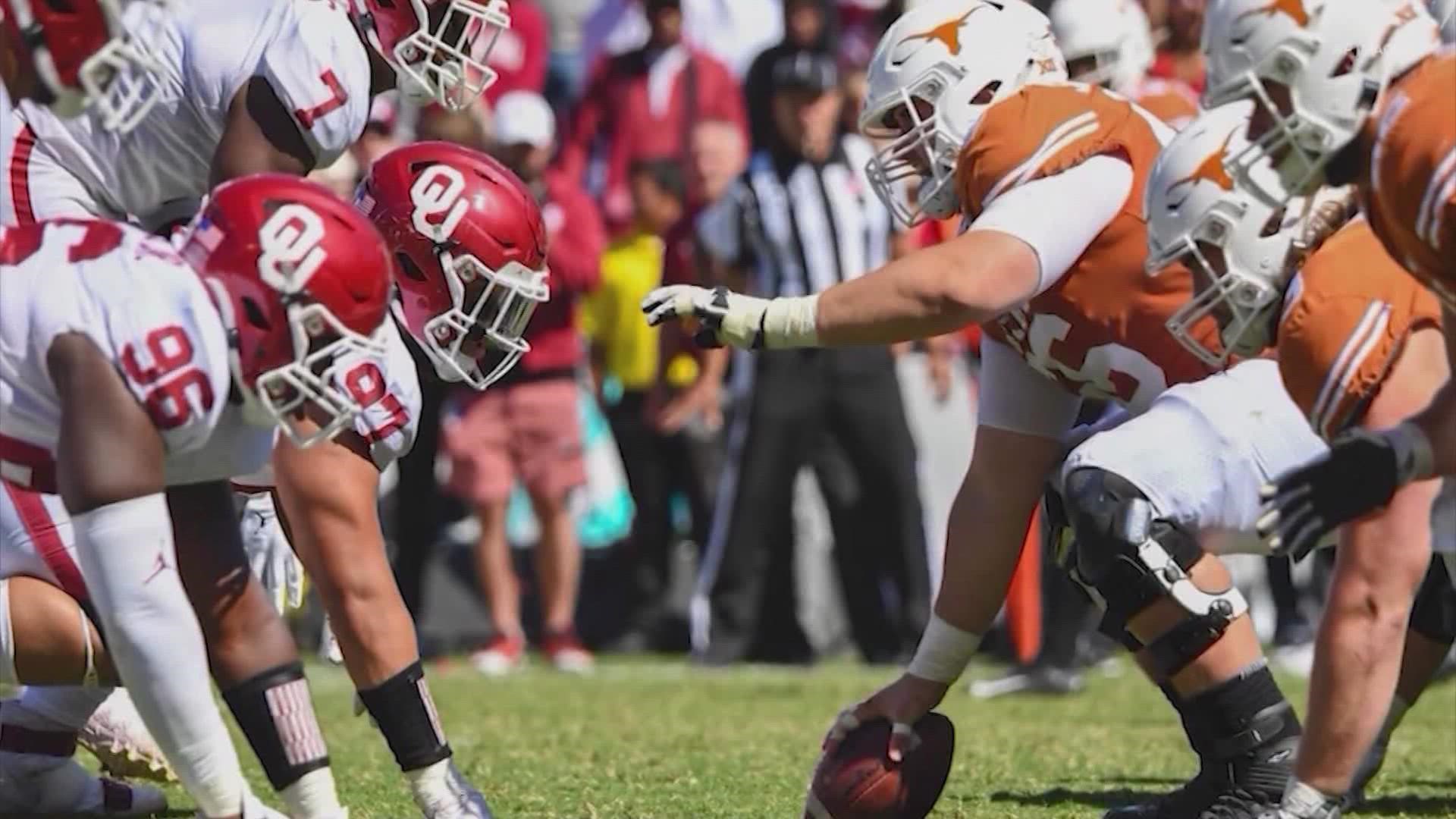 AUSTIN, Texas — The board of regents for the University of Texas has voted unanimously to accept an invitation for the Longhorns to join the Southeastern Conference.

Texas and Oklahoma are bound to the Big 12 and its other eight members by a media rights agreement through the 2024-25 school year.

Texas University President Jay Hartzell and athletic director Chris Del Conte met by teleconference with the board and they quickly signed off.

In Norman, Oklahoma, the board met in person and heard from University President Joe Harroz and AD Joe Castiglione before approving the move.

On Thursday afternoon, the SEC unanimously voted to extend membership invitations to the University of Texas and Oklahoma.

Both universities formally notified the Big 12 on Monday that they won't extend their grants of TV rights when the current TV deal runs out after the 2024-25 athletic year.

On Tuesday, the two universities made it official and emailed a letter to SEC commissioner Greg Sankey requesting invitations to the conference, effective July 1, 2025.

For Oklahoma and Texas to be admitted to the SEC, at least 11 of the conference's member schools had to approve the move.