Steele football ready to 'Ride for the Brand' in 2019

Steele Football went 8-4 last season with a rare exit in the second round of the playoffs. 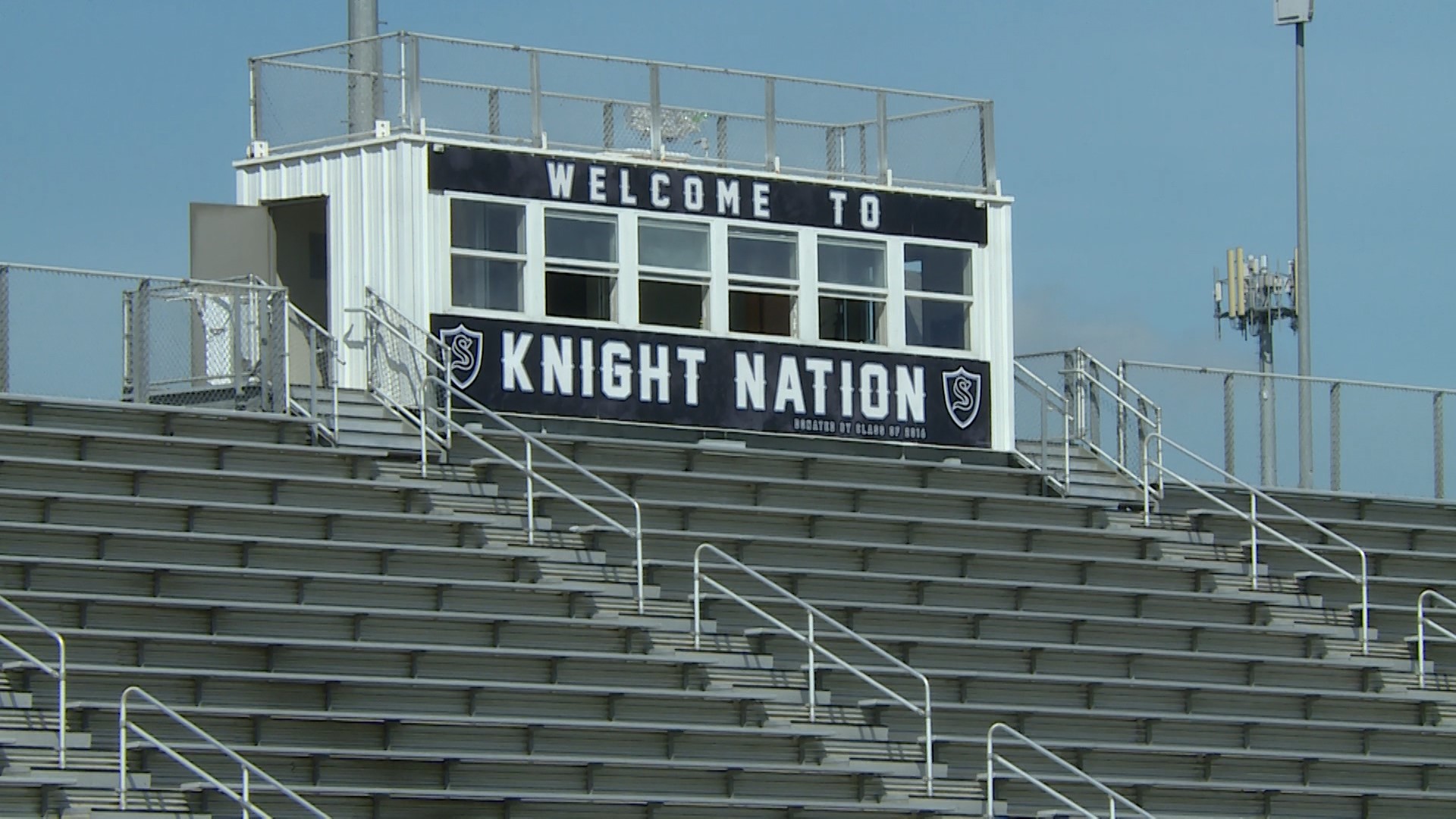 SAN ANTONIO — We are so used to seeing Steele play into December that when it didn't happen last year, everyone was a bit stunned. Head coach David Saenz chalks it up to a lack of experience and veteran leadership, but he is not making any excuses. He knows the expectations for this program and he's ready to get the most out of his guys in 2019.

"We're never going to take winning for granted. Winning is not easy. Our staff knows that, our kids know that and we're going to continue to work very hard to get to where we need to get to," Saenz said.

After a tough season in 2018, the returning players feel like they didn't honor the tradition of this program well enough. That's why the team is reiterating a message of 'Ride for the Brand.'

"My brother came through here. He was a big time dude--went to Oklahoma. This school means a lot and has a lot of dudes who have come through here and did a lot of special things," Iowa State commit and wide receiver Daniel Jackson said.

Junior quarterback Wyatt Begeal said, "The people who come through Steele before us, they set the foundation and now we have to carry that foundation, so that's what riding for the brand means."

All eyes will be on Begeal's development. He's been under center for the last two seasons and he's ready to make that next step.

"He came in as a freshman--sophomore and he's growing every day getting better. Probably one of the hardest workers on the team," Texas A&M commit and defensive back Jaylon Jones said.

Begeal said, "Coming in as a freshman (I) had a ton of guys around me who could lead the team, now as I'm getting up in the system, it's my turn. Just learn from those guys and do my best to be the  best leader I can."

We're going to learn very quickly what this team has, because its first game is against O'Connor in San Antonio.

RELATED: O'Connor prepares for another district title run in 2019