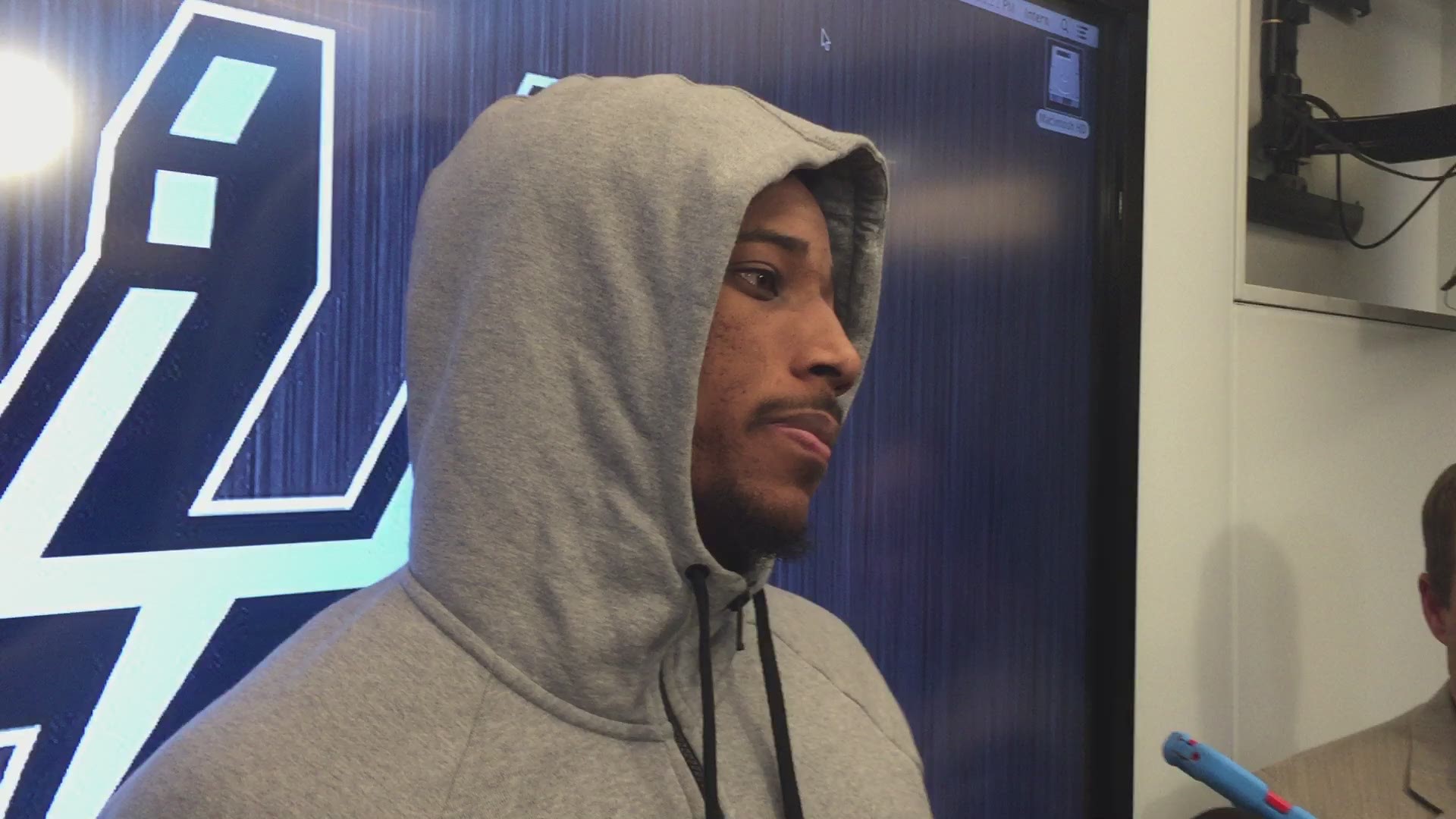 SAN ANTONIO — It was the same song, different verse, for the slumping Spurs on Wednesday night at the AT&T Center.

If the Silver and Black aren't in a free fall five weeks into the NBA season, they're doing a good imitation of being in one.

Andrew Wiggins scored 26 points and Karl-Anthony Towns had 23 points and 14 rebounds, leading the Minnesota Timberwolves to a 113-101 win over the Spurs.

Poor three-point shooting doomed the Silver and Black, who made just 5 of 29 attempts from beyond the arc. Minnesota, meanwhile, connected on 45%(18-40) of its three-point shots.

"In general, if you are going to shoot 5-for-29 from three, and the opponent is going to shoot 18-for-40, we have been there before this season, and that's the name of the game," Spurs coach Gregg Popovich said. "I thought in the second half we played pretty damn good defense overall.

"Both teams are going to make mistakes defensively, but we have to be perfect defensively if we are going to shoot like that. I felt their (his players') effort was really good, and they got physical and we got after it."

In the end, the disparity in three-point shooting proved too much for the Silver and Black.

"It's hard to overcome that differential and that is the name of the game," Popovich said. "So, as I said, we have been there before."

Wiggins nailed 7 of 16 shots – 3 of 5 from beyond the arc – and nearly had a double-double himself, finishing with eight rebounds. Towns was 8 of 14 from the field and made 3 of 5 attempts from long distance.

San Antonio has lost two straight since snapping an eight-game losing streak, its longest since the 1996-97 season, last Saturday with a road win over the New York Knicks. The Silver and Black are 2-12 since starting the season 4-1.

LaMarcus Aldridge and DeMar DeRozan led the Spurs' scoring with 22 and 20 points, respectively.

One of the highlights of the evening for San Antonio was the play of second-year guard Lonnie Walker IV, who scored a season-high 11 points. Rudy Gay had 10 points and was the only other Spur in double figures.

"Lonnie was fantastic," Popovich said. "He has kept himself ready and we gave him a shot to play tonight and, obviously, he was up to the challenge. He did a really good job."

Walker made 5 of 8 shots, including 1 of 2 three-pointers, in 13 minutes. The Spurs' No. 1 draft pick in 2018, Walker was asked if it's been difficult waiting for the opportunity to play.

“Oh, not hard at all," Walker said. "You just have to be patient, day in and day out. You know the coaches have your best interest. A lot of coaches told me to stay ready, so you know, day in and day out, as long as I put my 110 percent effort in during practice, or whatever, so forth. I'm happy with the decision.”

Walker electrified the crowd with nine points in the third quarter, leading a Spurs rally that cut Minnesota's lead to 81-78 heading into the fourth period. San Antonio drew to within one, 83-82, on back-to-back baskets by Gay.

“Just energy, you know, doing what Pop tells me to do," Walker said of his mindset when he stepped on the court. "Be a defensive stopper, play the best that I can, and just run the floor. Just be an energy guy.”

The Wolves fought back and went up by seven, 89-82, on a four-point play by Towns with 9:28 left. The Spurs clawed back and went up 92-91 on a floating bank shot by DeRozan with 6:14 remaining. But the Silver and Black's lead was short-lived.

Robert Covington nailed a three-pointer to put Minnesota up 94-92, and the Timberwolves never trailed again.

Towns and Wiggins scored 15 and 10 points, respectively, to help the Wolves take a 57-47 lead at the half. Towns hit 6 of 10 shots, including 2 of 5 from the three-point line. He also had eight rebounds in the first two quarters.

Aldridge led the Spurs' first-half scoring with 11 points, and was the only S.A. player in double figures.