Lonnie Walker IV 'overjoyed' Silver and Black picked up their third-year team option on his contract. 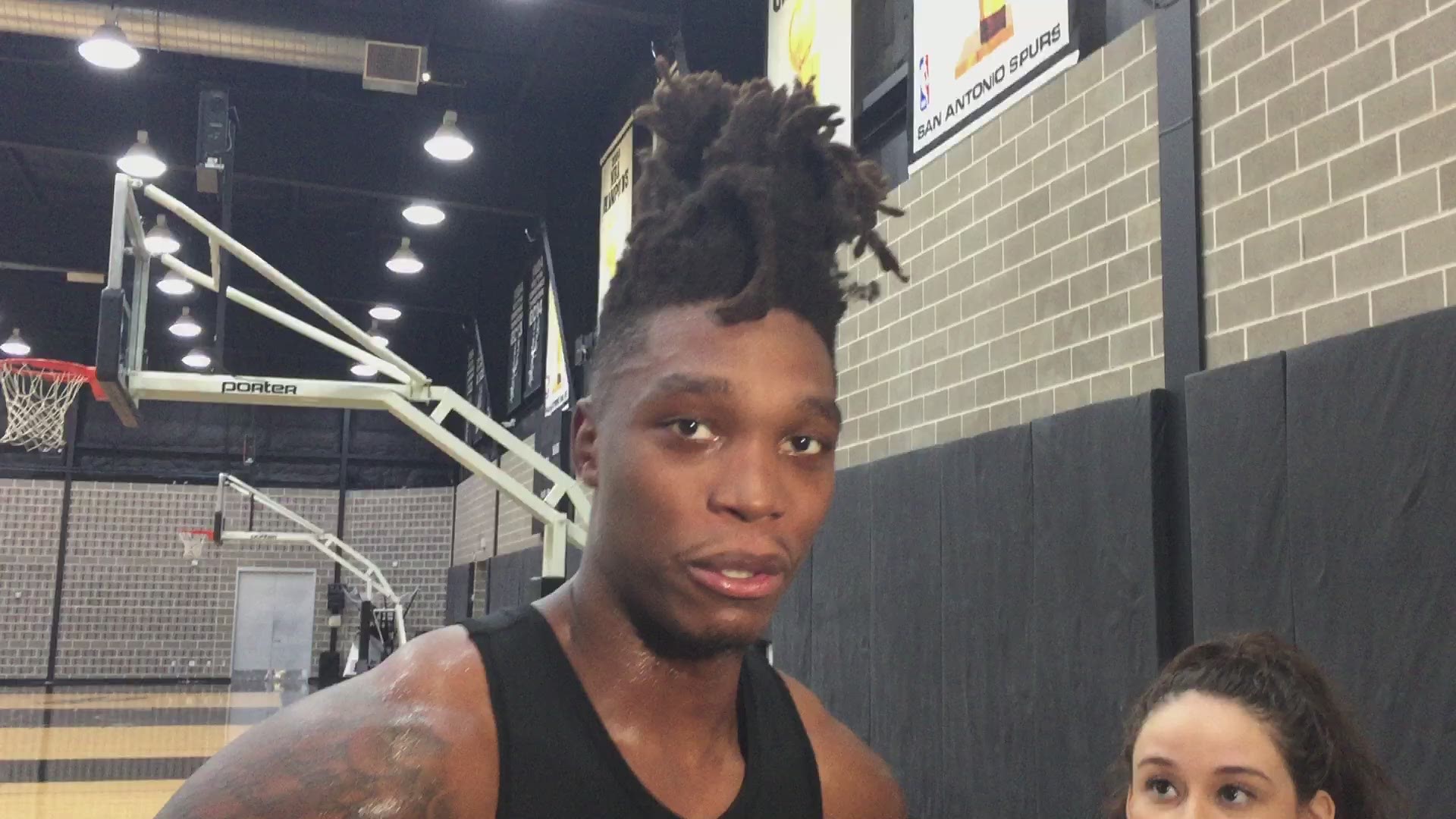 SAN ANTONIO – His rookie year behind him, Spurs guard Lonnie Walker IV hears questions all the time about how much playing time he expects to get this season.

"That’s what I’m going to do during this training camp and during practice, just playing my tail off. Hopefully, when the time comes, I’m going to be ready whenever it is.”

And that, ladies and gentlemen, is Lonnie Walker IV, whose mental acumen is as impressive as his bountiful skills on the basketball court.

Fans will get a chance to see Walker when the Spurs play the Orlando Magic in their preseason opener Saturday night at the AT&T Center. The game comes three days after the Spurs announced they have picked up the third-year team option on Walker's contract, extending the deal through the 2020-21 season.

The Spurs also exercised the fourth-year team option on guard Derrick White’s contract. White will remain under contract through the 2020-21 season, too.

Walker, 20, smiled broadly when he talked about the news on his contract.

"I was overjoyed with happiness," Walker said. "It was like getting drafted again. It's a feeling of knowing you're doing the right thing and playing the right way, and the organization loves who I am off and on the court."

"I'm not content with my game," he said. "You saw my rookie year. I was back and forth (from Austin) just learning the game."

Walker spent a good portion of his rookie season playing for the San Antonio's G League affiliate, the Austin Spurs after he returned from a knee injury that sidelined him for the first 20 games of the campaign. Walker tore the medial meniscus in his right knee during the Silver & Black scrimmage in the preseason, but he showed no ill effects from the injury when he returned.

Asked what he thought he got out of playing in the G League, Walker replied: “What haven’t I gotten out of it, honestly? I had some great players up there. Great friendships that are going to last a lifetime.

"Every single day, it was, hey, you probably can’t score 1,000 points, but your work ethic shows. Running down to the corner, running down the floor, playing great defense. You know, just control the controllables.”

Credit: David Flores / KENS5.com
Guard Lonnie Walker IV played only one season at Miami (Fla.) before being selected by the Spurs with the 18th pick in the first round of the 2018 NBA Draft.

Walker, 6-foot-5 and 205 pounds, played in 17 games with the Spurs last season, averaging 2.5 points and 1.0 rebound. He appeared in six of the team's seven playoff games and scored in three of them.

Walker played one season at Miami (Fla.) before being selected by the Silver and Black with the 18th pick in the first round of the 2018 NBA Draft. A year after his first training camp, Walker has no illusions about the challenge he faces to break into the team's rotation this season.

Given the Spurs' depth and talent at the guard position, Walker knows it won't be easy getting playing time. Dejounte Murray, who missed all of last season with a knee injury, is back at point guard and has been impressive in training camp, according to his teammates.

Walker, 20, marveled at the speed and athletic ability of the Spurs' young guards.

“It’s insane," Walker said. "You go from me to DJ (Murray) to Derrick White to Bryn Forbes. Bryn Forbes is really fast. I don’t think anyone notices it, but he’s an exceptionally fast player. You have Keldon Johnson, a young rookie.

"I feel like this is a new Spurs way, a new team. We have athleticism and we’re able to put that pace on the defensive transition side. It’s going to be very interesting, these upcoming years."

Johnson, who can play guard and small forward, was selected by the Spurs in the first round of this year's NBA Draft. Taken with the 29th overall pick, Johnson played one season at Kentucky before turning pro.

Not surprisingly, this year's training camp has been "just more comfortable" for Johnson. "Got a lot of players that trust me. Got most of the coaches that trust me. It’s just a standard of trust and feeling welcome.”

Born and raised in Reading, Pa., Johnson always has embraced the challenge of working to improve his game. He was back in the gym days after the Spurs were eliminated from the playoffs last season and his commitment paid off.

“It’s never enough," he said, referring to the work he put in this summer. "I’m never pleased with enough. That’s just how I am. I just want to get better and as the days continue to grow, keep on training more.”