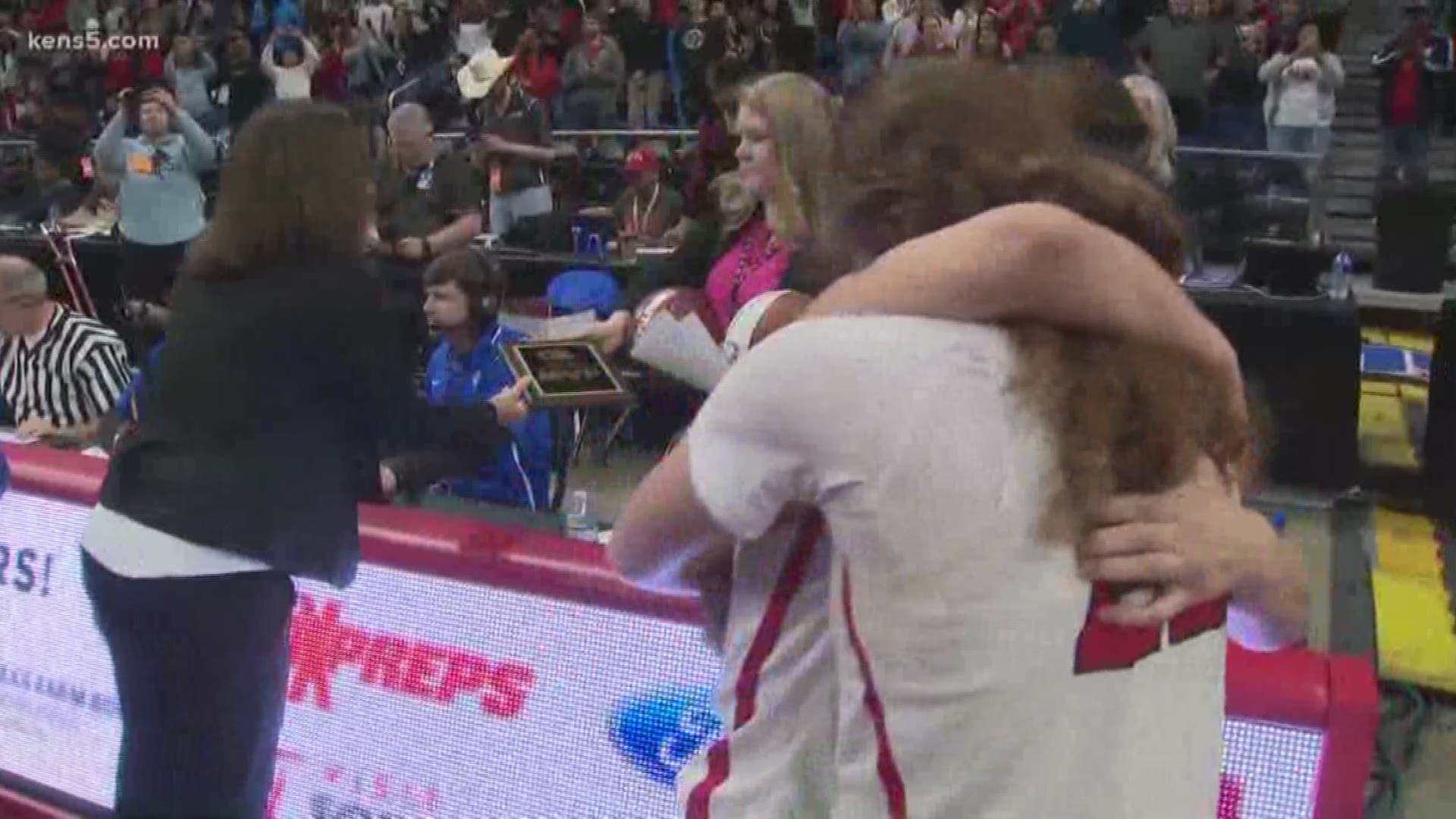 SAN ANTONIO — Nearly three months after winning the Class 6A girls basketball state championship, the Judson Rockets are still basking in the afterglow of their historic season.

The City of Converse honored the Rockets last Thursday with a ceremony renaming Lower Seguin Road near the Judson High School campus to Lady Rockets Way.

“That’s not something that ever crosses a coach’s mind,” coach Triva Corrales said Monday night. “It’s amazing. I would say this is for all the female athletes in general at Judson. It’s an acknowledgment that we do a great job as well. It’s just not the guys.

The City of Converse had a parade for Judson’s basketball state champs, and the team was also recognized during the halftime of a Spurs game.

“We’re very grateful for all the support we got from our administration, our school and the entire community throughout the season,” Corrales said. “It was amazing to see.”

The Rockets beat DeSoto 49-46 in the 6A title game on March 2 at the Alamodome, capping a 38-5 season. Judson became the first Greater San Antonio school to win a girls basketball state title in the University Interscholastic League’s largest classification. Poth won 2A state crowns in 1997 and 2007.

Judson made history with its 71-44 rout of Clark in the Region IV-6A final this season, becoming the first area team in the UIL’s largest classification to reach the state tournament three consecutive years.

The Rockets advanced to the state final for the first time in 2018 and made their first state-tournament appearance in 2017. Plano beat Judson 62-58 in last year’s 6A final.

“We had four Division I players on the team, so everyone can say, ‘Well, that was pretty easy. You had all that talent.’ But to have kids willing to let go of their ego is not easy. These 16-, 17-, 18-year-olds, for them to say, ‘It doesn’t matter if I don’t score, it doesn’t matter if I’m not the star’ – that was the key.

“They just let go and honestly played for each other and they are really great kids. They’re respectful. They work hard. They’re better people than they are basketball players, and that’s what a lot of people don’t know. They take pride in their academics, take pride in the way they treat people. Even their faith is strong. They have the whole package because they work on the whole package.”

Corrales, 43, has headed the girls' basketball program for nine seasons. She has led the Rockets to district championships in each of the past four seasons and five overall. Corrales also serves as Judson’s girls' athletic coordinator.