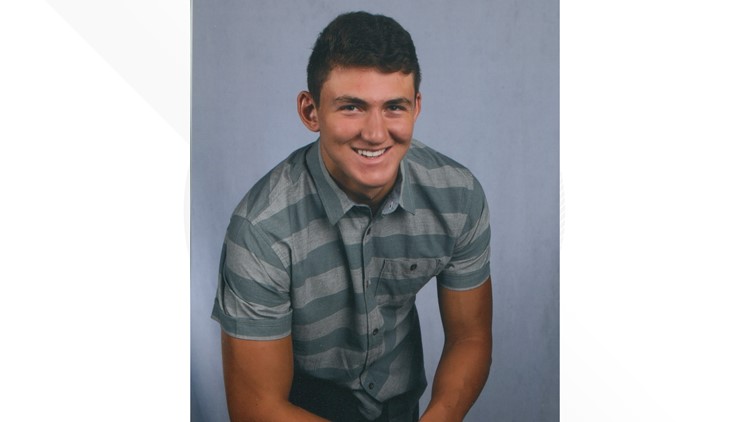 The son of Dallas Cowboys broadcaster and former quarterback Babe Laufenberg was 21.

Luke was diagnosed with Burkitt's lymphoma in December 2017, weeks after the end of the Mesa Community College football season. He played tight end.

He was a wide receiver for Liberty Christian High School and was a redshirt tight end during the 2016 season at Texas A&M University, a family representative said in a statement.

Luke was declared cancer-free in May 2018.

After a year off from school, Luke had been awarded a scholarship in January at the University of Texas at El Paso. He was expected to start as a tight end there this fall.

Luke Laufenberg was expected to start at tight end this fall at the University of Texas at El Paso. He died from cancer Thursday.
Courtesy photo

The cancer returned in April. And in July, Luke was told his condition was terminal.

"He handled the news with a strength of character and sweet demeanor that will always inspire his family, friends, coaches, doctors and the treatment staff at Children's Medical Center Dallas," the family statement said.

"Luke touched my heart and soul forever. His spirit and fight are a reminder to me of what it means to play and coach the game of football," Dimel said in a statement.

Babe Laufenberg shared photos of his son on Instagram on Thursday.

"We have never seen a person battle like Luke, but he lost his fight with cancer. He was truly inspirational," Laufenberg wrote. "The hole in our hearts will never be filled."

Luke Laufenberg is survived by his parents, Babe and Joan, and his brother Joe Willie Laufenberg.

The family has not announced funeral plans.