The club will be putting on alternate jerseys during the events to celebrate San Antonio pride, as they did Saturday while playing Birmingham Legion. 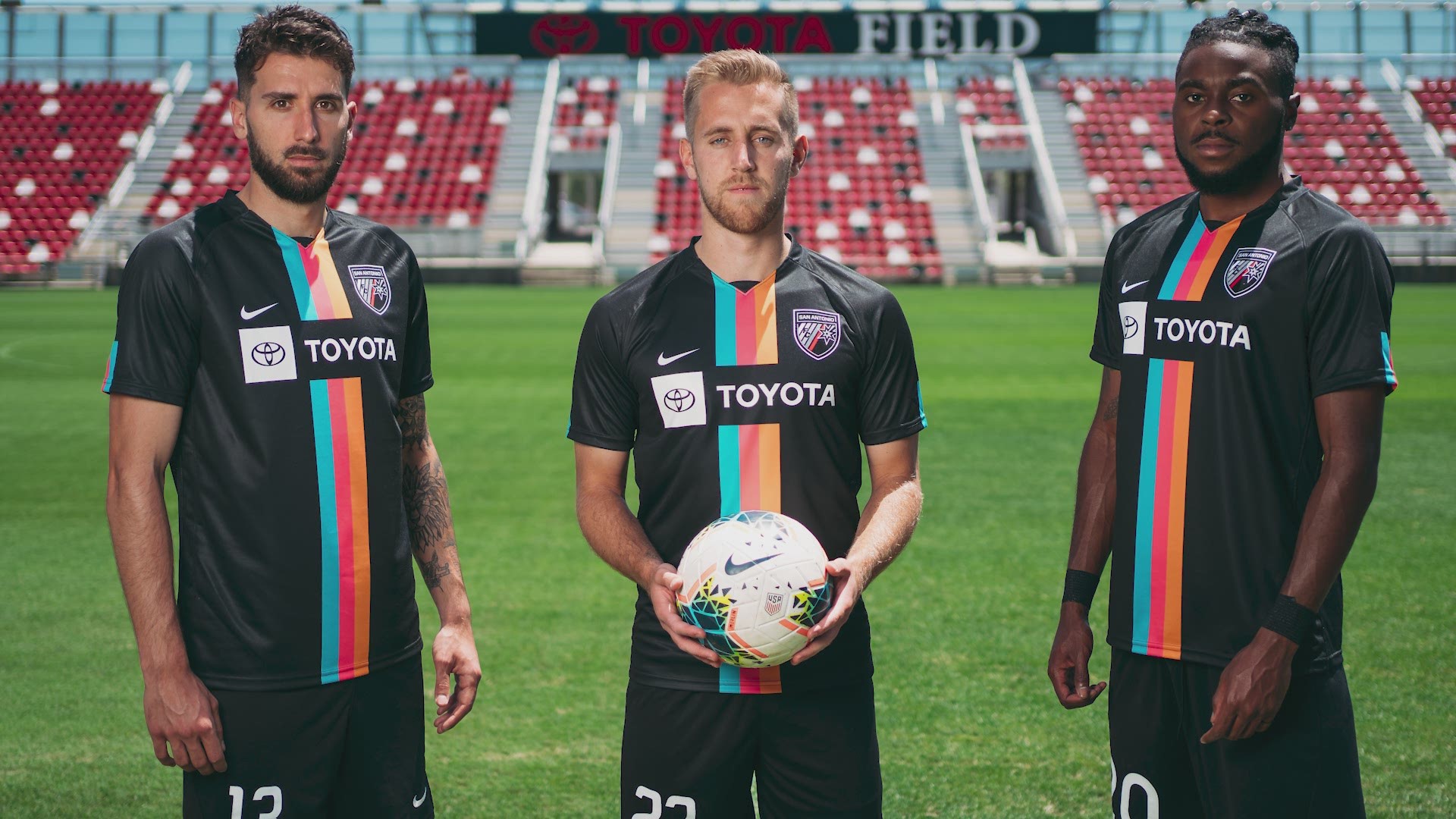 "Which are designed to celebrate the culture, heritage and pride of San Antonio" said Tim Holt, SAFC managing director.

Saturday night was the first of three games throughout the season in which the club will suit up for Viva Night, bringing a distinct Puro San Antonio sensation to their matchup.

"There is something for everyone, there really is. The first 1,000 people in get an SAFC magnet, we have food options with Jonny Hernandez and La Gloria and Bercatecha. So whether you're a soccerhead or just want to have a great night out and enjoy the atmosphere out here at Toyota Field and San Antonio, and get a flavor of San Antonio, I think there is something for everyone," Holt said.

One of those things is the new jersey the team will be sporting…something to show the culture of San Antonio…and something out of the ordinary from the traditional home and away jerseys.

"And I think this third one supplements those two jerseys. We will wear it on special occasions only, definitely the three Viva Nights. And maybe a couple of games, handful at home and away throughout the season. And I think the fans really enjoy that, so we like to turn that around each and every year," Holt added. "This year we are particularly excited about it because it is four or five years in the making."

The club is also allowing more fans this season, which will help make the game experience as a whole feel more normal.

"This is a great place to watch a soccer game, a professional sporting event," Holt said. "You're close to the action, the noise stays in, it's loud. And we know that is going to double when we get there."