The loss drops Austin FC to the bottom of the Western Conference standings. 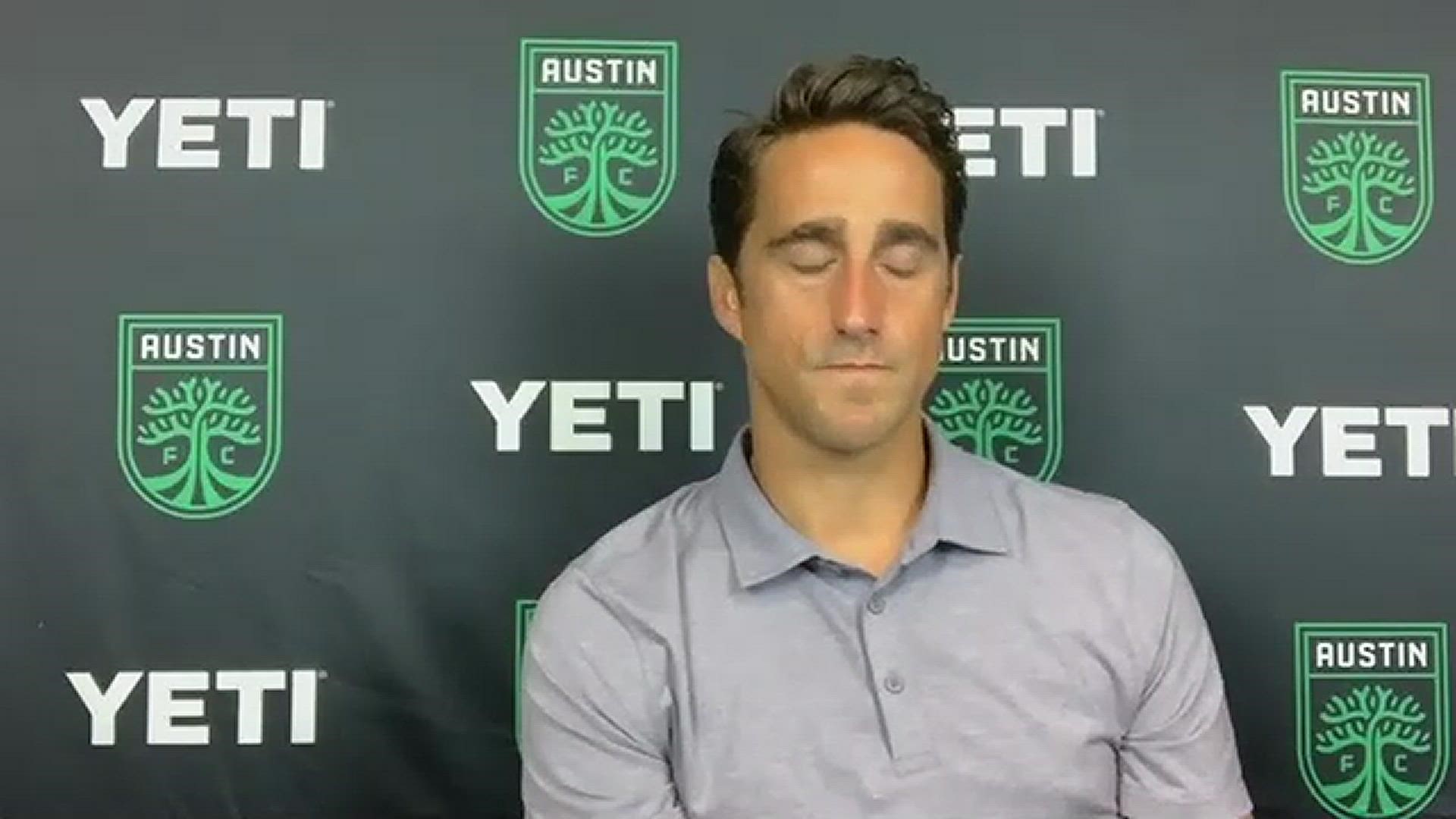 The Verde, who had lost two straight and five of its last six, lost to Houston Dynamo FC 3-0 in BBVA Stadium on Saturday. The loss drops Austin FC to the bottom of the Western Conference standings.

Houston jumped on Austin from the opening whistle, scoring the earliest goal the Verde had let up all season: a 1st minute goal by Griffin Dorsey.

In the 23rd minute, a long pass over the top, which was misplayed by defender Julio Cascante, led to the second goal of the first half. Austin FC was outshot nine (four on goal) to six (zero on goal) in the first half.

1-0 @HoustonDynamo up in the 1’ | #VERDE pic.twitter.com/MVTBYq3rld

Another one for H town. 2-0 deficit for #AustinFC #VERDE pic.twitter.com/CdR4ZC4nGy

Another one for @HoustonDynamo 3-0 | #VERDE #AustinFC pic.twitter.com/rt4I2DDvSd

"On a lot of levels, unacceptable," Wolff said. "Players' responsibility, intensity when the ball is in play. Just the general demeanor of some of our players at the beginning of the game is unacceptable."

Wolff said the response to the first goal took too long and the ball that fell off of Cascante's leg was frustrating.

Team captain Alex Ring said the team has been making easy mistakes and doesn't understand why they take a while to "get going." He said the performance is not good enough, especially with the way Austin FC fans have traveled to away matches.

"The fans keep traveling, and I feel ashamed. We don't deserve them at the moment," Ring said. "Everybody has to start with themselves. Look in the mirror and ask yourself if there's something you can do better."

Austin FC will return to Q2 Stadium for its next match, where the Verde will play host to LAFC on Wednesday, Sept. 15. The match will kick off at 8 p.m. Austin FC lost its two matches to LAFC: a 2-0 loss in the season opener in Los Angeles and a 2-0 loss at home in mid-July. For ticketing information to Austin FC matches, visit austin.fc.com/tickets.