The Rangers are relishing their deep playoff run. 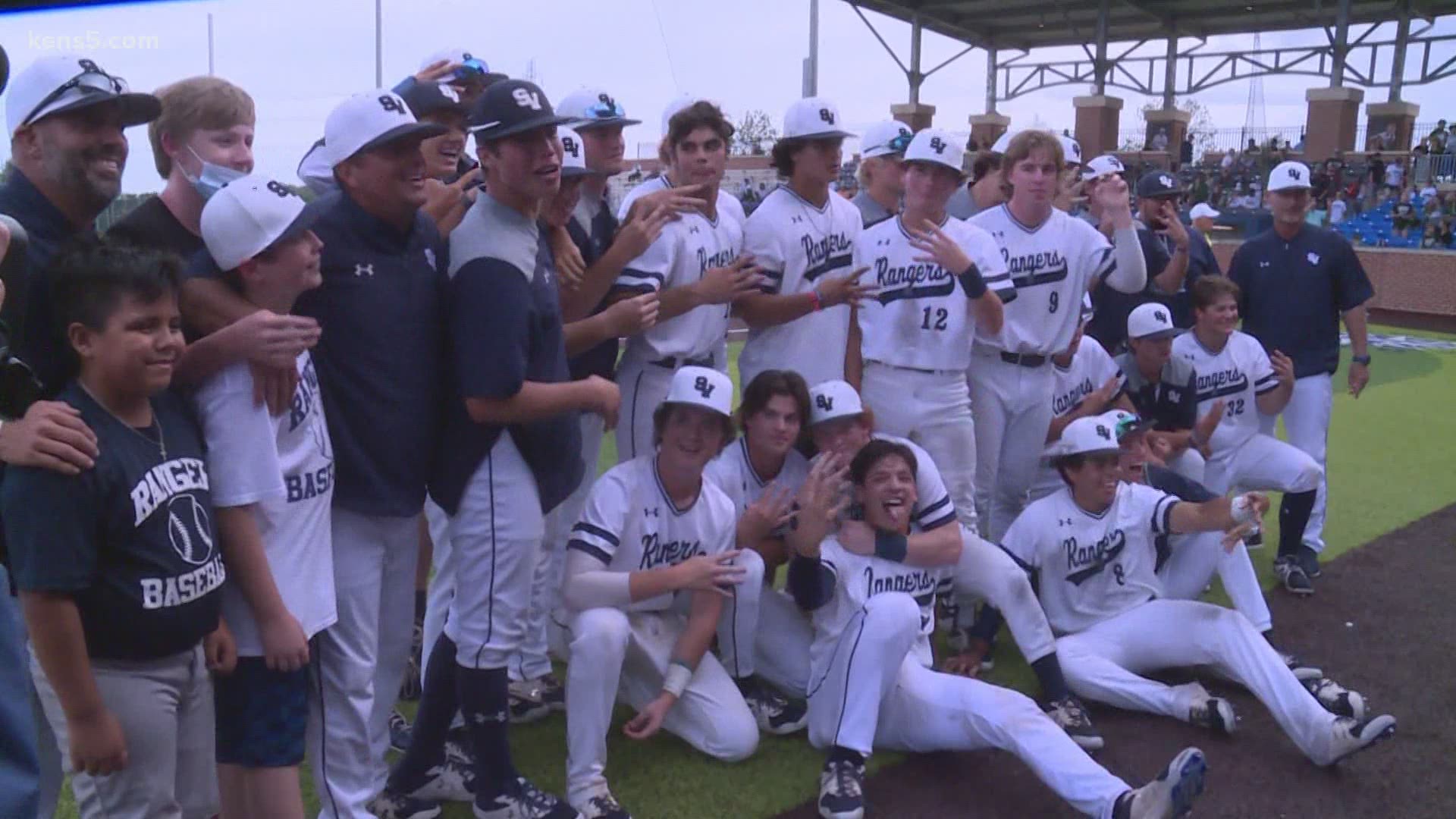 And fireworks in the bottom of the eighth as the Rangers walked off to win the regional quarterfinal series two games to one to advance.

"Unbelievable crowds," said Smithson Valley Head Coach Chad Koehl. "It felt like the whole City of San Antonio was there. We knew we (were) never out, they knew they were never out. Fortunately for us, we came through at the end."

So now it is Eagle Pass this week with a date to the regional championship round on the line, and with all the drama and ups and downs the Rangers experienced against the Rattlers last week, that just might bode well for this week and beyond.

"It's good going to play in that atmosphere," said junior outfielder Kasen Wells. "Just knowing that going forward it is only going to get better."

Koehl reiterated that this despite the amazing success last weekend, this week is brand new.

"We completely went back to just refocus on the next challenge ahead, which is Eagle Pass, who has a great baseball team," he said.

This week is the deepest the Rangers baseball program has gone in the postseason since 2011, which means none of their current players have experienced this level of success and opportunity.

"We're on a roll right now, and we've got lots of talented players on this team. We're just trying to keep things simple. Just try to keep doing what we've been doing."

The best-of-three series against Eagle Pass starts Thursday, with Game 2 on Friday and Game 3, if it's needed, scheduled for Saturday. All games will be played at the NISD complex adjacent to Gustafson Stadium and Paul Taylor Fieldhouse. Each game of the series is scheduled for 7 p.m. first pitch.