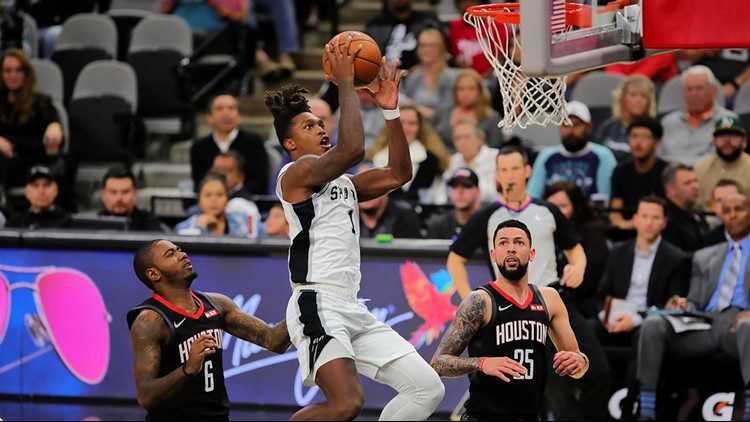 SPURS GAMEDAY: Silver and Black end four-game road trip against another top team from the East

Notable: Wednesday's game is the last of four straight on the road for the Spurs, who will play the Heat twice in five days. San Antonio and Miami wrap up their two-game season series at 5 p.m. Sunday at the AT&T Center. The Heat are No. 3 in the Eastern Conference standings, only a half-game behind No. 2 Boston . . . The Silver and Black have gone 2-1 on their four-game road trip . . .  San Antonio is ninth in the Western Conference standings, a half-game behind No. 8 Memphis for the last playoff spot in the West.

The Miami Heat (27-12) are No. 3 in the Eastern Conference standings, just a half-game behind No. 2 Boston, and are a league-best 17-1 at home. Miami hosts San Antonio in the first of two games in five days between two franchises that clashed for the NBA championship in 2013 and 2014.

The Spurs (17-21) have won three of their last four games after consecutive losses to Oklahoma City at home and Milwaukee on the road. The Silver and Black bounced back from the loss to Milwaukee two days later, rolling to a 22-point victory in their last game at the AT&T Center before starting their four-game road trip.

San Antonio beat Boston (129-114) last Wednesday but fell to Memphis (134-121) on Friday, missing an opportunity to win three straight for the first time since opening the season 3-0.

The Spurs rallied from an 13-point deficit and hung on for a 105-104 victory against defending league champion Toronto on Sunday. The Raptors have the third-best record in the East.

Former Raptors star DeMar DeRozan had another stellar game, scoring 25 points and dishing out eight rebounds in his second appearance at Toronto since getting traded to San Antonio for Kawhi Leonard in the summer of 2018.

"Once you have that confidence, no matter if you have a slow start, you're not going to get down on yourself or get frustrated," DeRozan said, referring to the Spurs'  comeback win. "You know it's going to come back around. It goes a long way and you can tell when guys have it."

DeRozan, who has been on a tear since the start of the year, was named Western Conference Player of the week for games played Monday, Jan. 6, through Sunday, Jan. 12.

One of the best midrange shooters in the league, DeRozan has raised his scoring substantially the past three weeks, finishing with at least 21 points in 11 consecutive games. He has set a torrid pace in January, averaging 28.8 points in six games.

Wednesday night's game will mark a homecoming of sorts for Spurs guard Lonnie Walker IV, who grew up in Reading, Pa., before playing one season of college ball at Miami.

The Spurs selected Walker with the No. 18 overall pick in the first round of the 2018 NBA Draft.