SPURS GAMEDAY: Silver and Black closing curtain on 2019 at home against last-place Warriors

Golden State has only nine victories this season, but is 4-1 in its last five games. 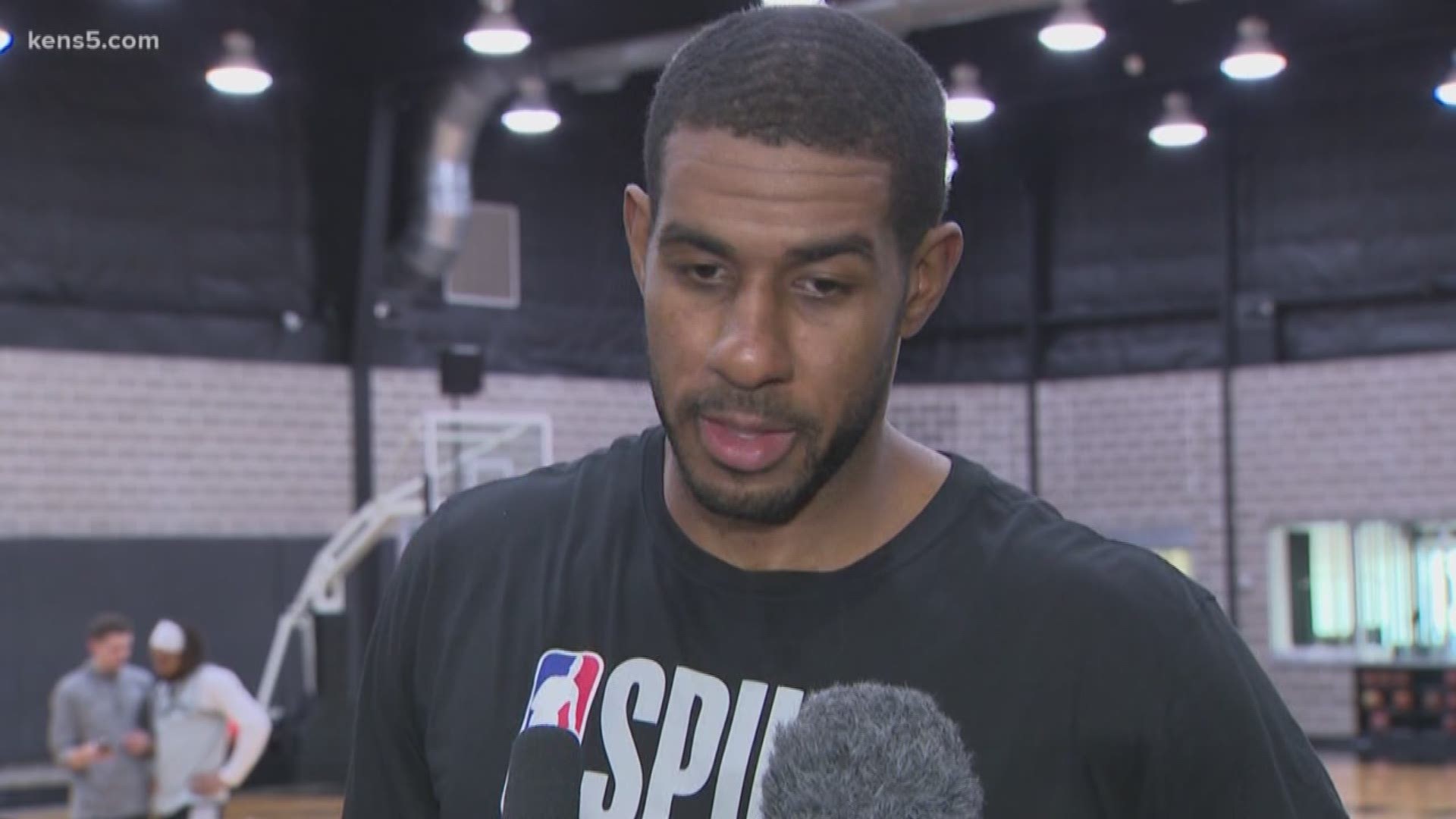 Notable: Tuesday night's game will be broadcast by KENS 5, the Official Television Station of the San Antonio Spurs . . .  After playing the Warriors, the Silver and Black host Oklahoma City on Thursday and end the week at Milwaukee on Saturday . . . Patty Mills had a season-high 31 points off the bench in San Antonio's 127-110 road victory against the Warriors in their first meeting of the season on Nov. 1. Mills nailed 10 of 16 shots, including 6 of 9 from three-point range.

How the mighty have fallen.

After winning three NBA championships in five straight Finals since 2015, the Golden State Warriors have tumbled to the bottom of the Western Conference this season.

Any resemblance between the prolific teams that scored almost at will and the one playing in Golden State's new arena in San Francisco this season would be purely coincidental.

With Kevin Durant gone and Stephen Curry and Klay Thompson sidelined by injuries, Golden State is 9-25 and has only two more victories than Atlanta, which is 7-27 and last in the Eastern Conference.

Still, the Warriors can be dangerous despite their poor record. Golden State, which plays the Spurs on Tuesday night at the AT&T Center, has won four of its last five.

The Warriors will be shorthanded when they take on the Silver and Black. Starting point guard D'Angelo Russell is out with a shoulder contusion and starting center Willie Cauley-Stein is listed as doubtful because of illness.

Russell led Golden State with 35 points in a 141-121 home loss to Dallas on Saturday. He injured his left shoulder after a collision with Mavs guard/forward Luka Doncic in Saturday's game.

Credit: Photo by Antonio Morano bit.ly/XR79FT / Special to KENS5.com
Spurs power forward LaMarcus Aldridge, shooting over Derrick Rose, had 25 points and 12 rebounds in Saturday's 136-109 victory against the Detroit Pistons at the AT&T Center.

Even though the Spurs (13-18) beat the Warriors 127-110 in their first meeting of the season Nov. 1 in San Francisco, they remain wary of a team that still has emotional All-Star forward Draymond Green.

"They're playing well right now," San Antonio guard Derrick White said Monday after practice. "They've got a lot of talent still with D'Angelo (Russell), one of the top players in the league, Dramond and the whole staff.

"They're playing hard. They have a lot of energy, so it's going to be tough and we've got to be ready to go from the jump."

The Spurs are coming off a 136-109 rout Saturday of the Detroit Pistons, who dealt the Silver and Black their worst loss of the season (134-98) in their first meeting on Dec. 1.

Aldridge also had a team-high 12 rebounds to finish with a double-double, and hit a career-high 5 of 6 three-pointers.

Credit: Photo by Antonio Morano bit.ly/XR79FT / Special to KENS5.com
Spurs forward Rudy Gay, contesting a shot by Blake Griffin in Saturday's 136-109 victory against the Pistons, finished with 16 points on 6-of-9 shooting and added seven rebounds.

"We want him to shoot those," Spurs coach Gregg Popovich said. "If he shoots 10 a game, that’s fine with me.”

Popovich was asked how Aldridge's shooting opened up the paint for other players.

“Well, that’s what the league is all about," Popovich said. "You know, opening up the paint so you get penetration and you kick it out, and everybody shoots threes. It’s boring, but that’s the game.”

Popovich heaped praise on DeRozan, whose skills as a facilitator helped spread the floor and contributed to the Spurs' three-point shooting. San Antonio knocked down 18 of 35 long-range shots for 54.1 percent.

"DeMar did a great job of penetrating," Popovich said. "He was fantastic and he found people. Our guys were ready to shoot, but he was a big factor in finding those guys and it gets infectious when somebody shares the ball like that.

"Then, all of a sudden, somebody else on the team would make that one extra pass, and that’s what it’s about.”