The club added another three points in the standings with the latest home victory. 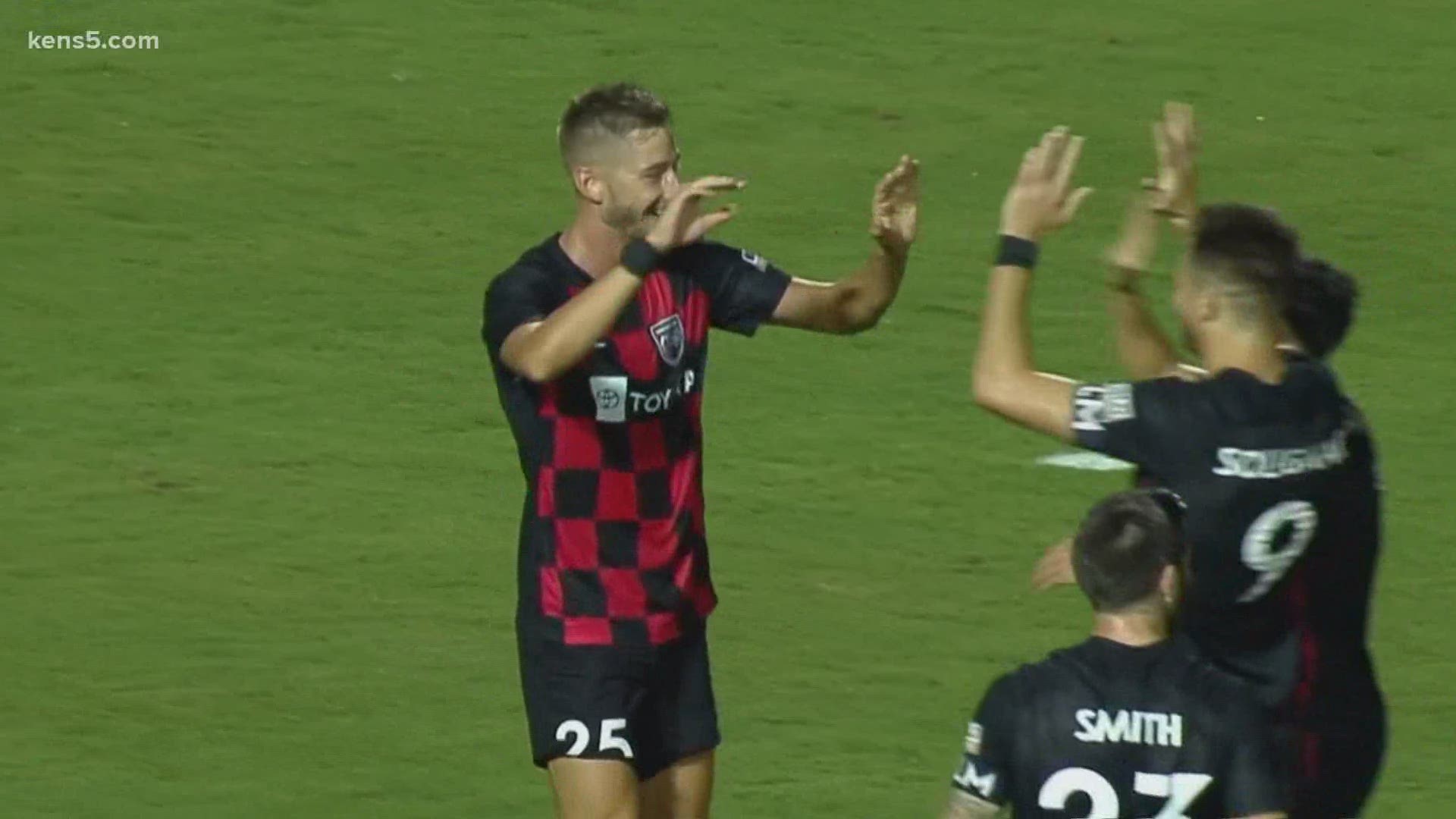 SAN ANTONIO — San Antonio FC (8-0-3) beat RGV FC (0-8-3) 3-2 at Toyota Field on Saturday night. The fastest goal in SAFC history scored by Luis Solignac along with goals from Hunter Gorskie and Ignacio Bailone earned the Alamo City club another home victory with fans in attendance for the first time since the season restart.

“I’m very happy with the guys tonight to remain undefeated through 11 games,” said SAFC Head Coach Alen Marcina. “It’s a big accomplishment in itself. RGV is a team that battles and fights for 90 minutes. They are a very difficult team to play, and I have a ton of respect for their staff and their players. They make it a tough challenge – we knew that going into this game. We were relentless in our preparation and the guys earned the three points. I’m proud of them.”

Solignac scored just nine seconds into the match after capitalizing on a defensive mistake by the visitors. The Argentinian’s sixth goal of the season marks the fastest in San Antonio FC history and is tied for the fastest goal in USL Championship history along with Tacoma Defiance’s Justin Dhillon for a goal scored on May 19, 2019. Solignac also recorded an assist on the night en route to an SWBC Man of the Match performance.

The visitors equalized just 10 minutes in before SAFC regained the lead in the 17th minute after Gorskie re-directed a shot from defender Connor Maloney to beat the keeper off a set piece. The Alamo City club struck again in the 22nd minute after Solignac played a ball to Bailone with flair to find him in on goal. The Argentine striker then slotted the ball into the net to score his third goal of the campaign.

RGV FC scored again in the 59th minute but were ultimately unable to find the equalizer.

SAFC forward Fabrizio Bernal made his professional debut on the night, marking the fifth SAFC Pro Academy product to make his USL Championship debut. Bernal spent 13 months with the academy prior to earning his first league appearance for the club.

San Antonio FC remains the only undefeated team in the league this season and will return to USL Championship action on Saturday, Sept. 12 at 8:30 p.m. as they travel to face El Paso Locomotive FC in the club’s only other matchup with an opponent outside of Group D.