THSCA created a program that will help new coaches get acclimated to a coaching life style while learning how to discuss impacting life topics. 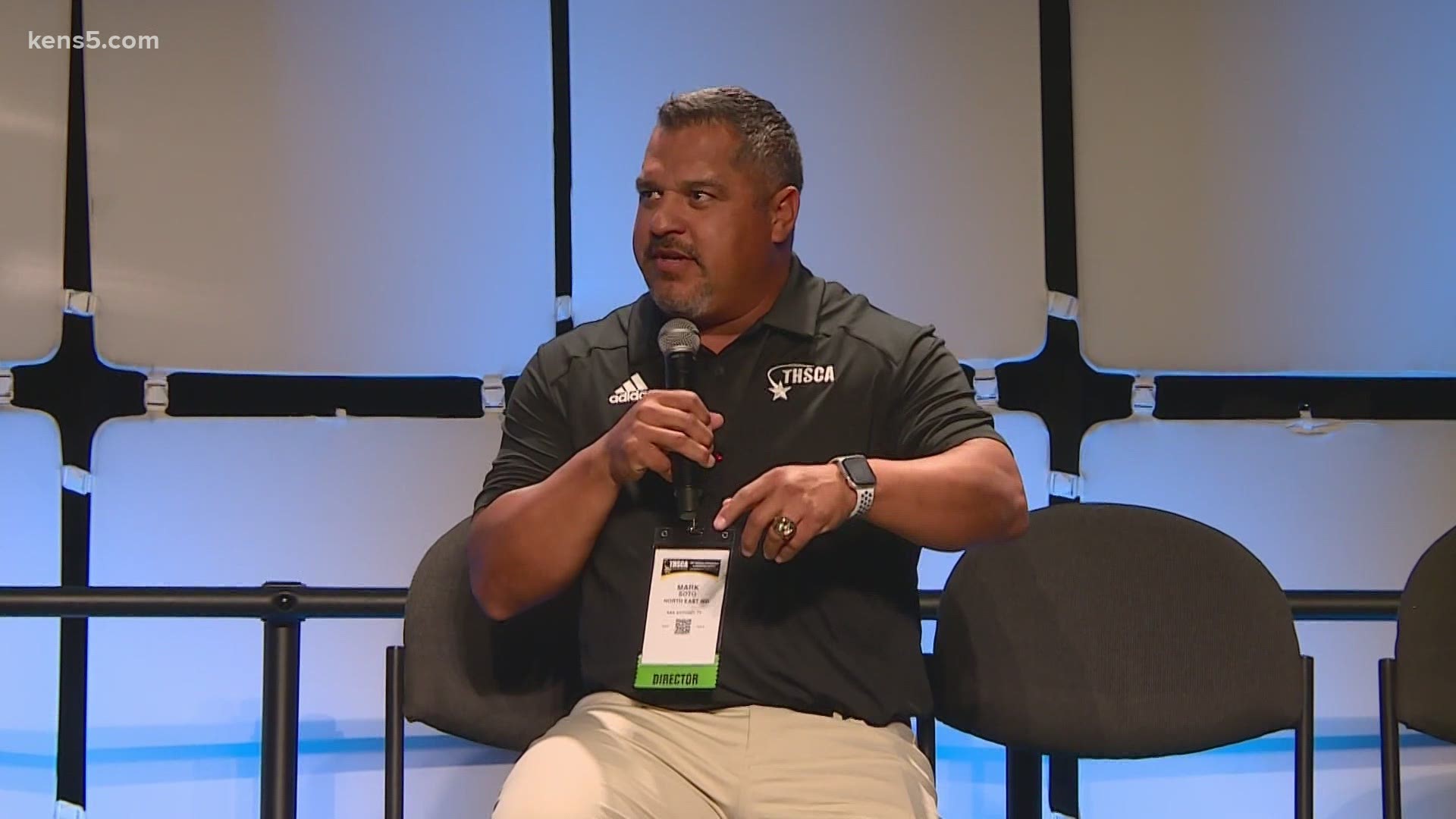 SAN ANTONIO — “I became a coach because DW Rutledge was my coach. And I thought he was the biggest thing since sliced bread. That’s why I became a coach; I want them to look at me like that,” said Mark Soto, a mentor with The Rock.

Every year the number of coaches who decide to change career paths grows.

“We’re losing almost 30% of our coaches, and a lot of them are our younger coaches. We talked about doing something for a long time, and now we are finally putting it into action," said Joe Martin, executive director of the Texas High School Coaching Association.

The association was tired of seeing those numbers drop, and as the saying goes, in order to see the change you have to be the change. It's that mindset that led to the creation of The Rock.

“We have the young coach, talking about all of the difficulties they’ve had as they went through certification. Then we have the older coach to be able to talk about their experience and their wisdom," Martin said.

The program pairs an individual who hasn't yet hit their five-year coaching mark with another who's been in the game for quite some time. The goal is to show young coaches the impact they can make on athletes and programs while not feeling overwhelmed with responsibilities.

“With this being my first year, there are times that you do feel like you have all this weight on my shoulders. But this program helps you understand that you’re not alone," said Kyle Lengyel, a mentee through The Rock.

The program isn't only a way for young coaches to get acclimated to the coaching lifestyle, but to a world full of different ethnicities and backgrounds where progress is a daily fight. The THSCA is also hoping to help coaches of all ages talk with their team about topics like racial injustice abd social unrest.

“The color of the skin, the job, the sport—those are just vehicles. Once you get the hook in the kid, or the young coach, then it’s the process of caring and teaching them that 'I’m doing this for you,' and try to teach them a better way of doing things. 'I’m trying to give you what I didn’t have when I was coming up,'" Soto said.

“With the opportunities that the program has given us, I feel that we will be miles and miles ahead when we get to the point of where our mentors are at, because of the knowledge they have imparted to us," Lengyel said.

A successful trial run for the program began with 19 mentor-mentee pairings. Early indications are The Rock has nowhere to go but up.

“A year from now we’ll have 54 rocks—54 advocates and 54 mentors," Martin said. "We think this is going to really resonate and create some great leaders, and making sure that we keep our great young coaches in the State of Texas."