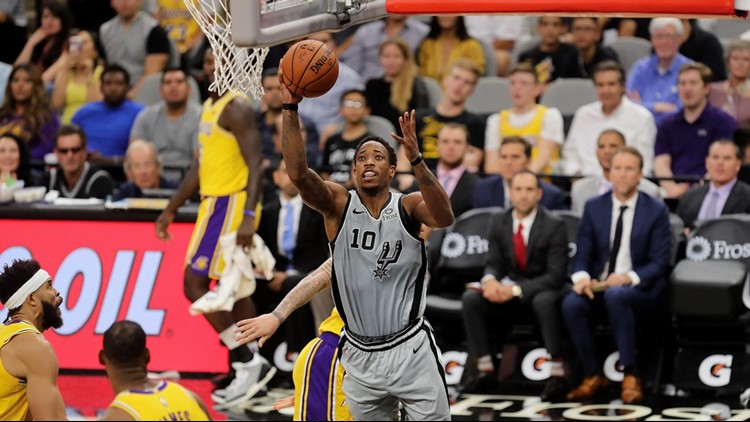 Photo by: Photo by Antonio Morano (bit.ly/XR79FT) / Special to KENS5.com
Guard DeMar DeRozan is averaging 21.5 points, 6.3 rebounds and 6.1 assists in his first season with the Silver and Black.

Report: NBA will have new mental health guidelines for teams next season

The NBA continues to be the major sports league at the front of the push for the well-being of its players.

The league that introduced the world to the term ‘load management’ last season is making mental health more of a focal point for its teams in the 2019-20 season.

The league already had a mental health policy and several stars who were outspoken about the issue. According to Sam Amick of The Athletic, the league sent a memo to all 30 teams Wednesday detailing changes to its policy.

The league said teams must also have a formal written plan for mental health emergencies and ensure players and staff know the policies for privacy and confidentiality.

The Spurs’ DeMar DeRozan has been one of the players who has been vocal about his struggles with depression and anxiety.