After perfecting their strategy for three years, the Rattlers' 400-meter relay team is preparing for one final run on the biggest stage. 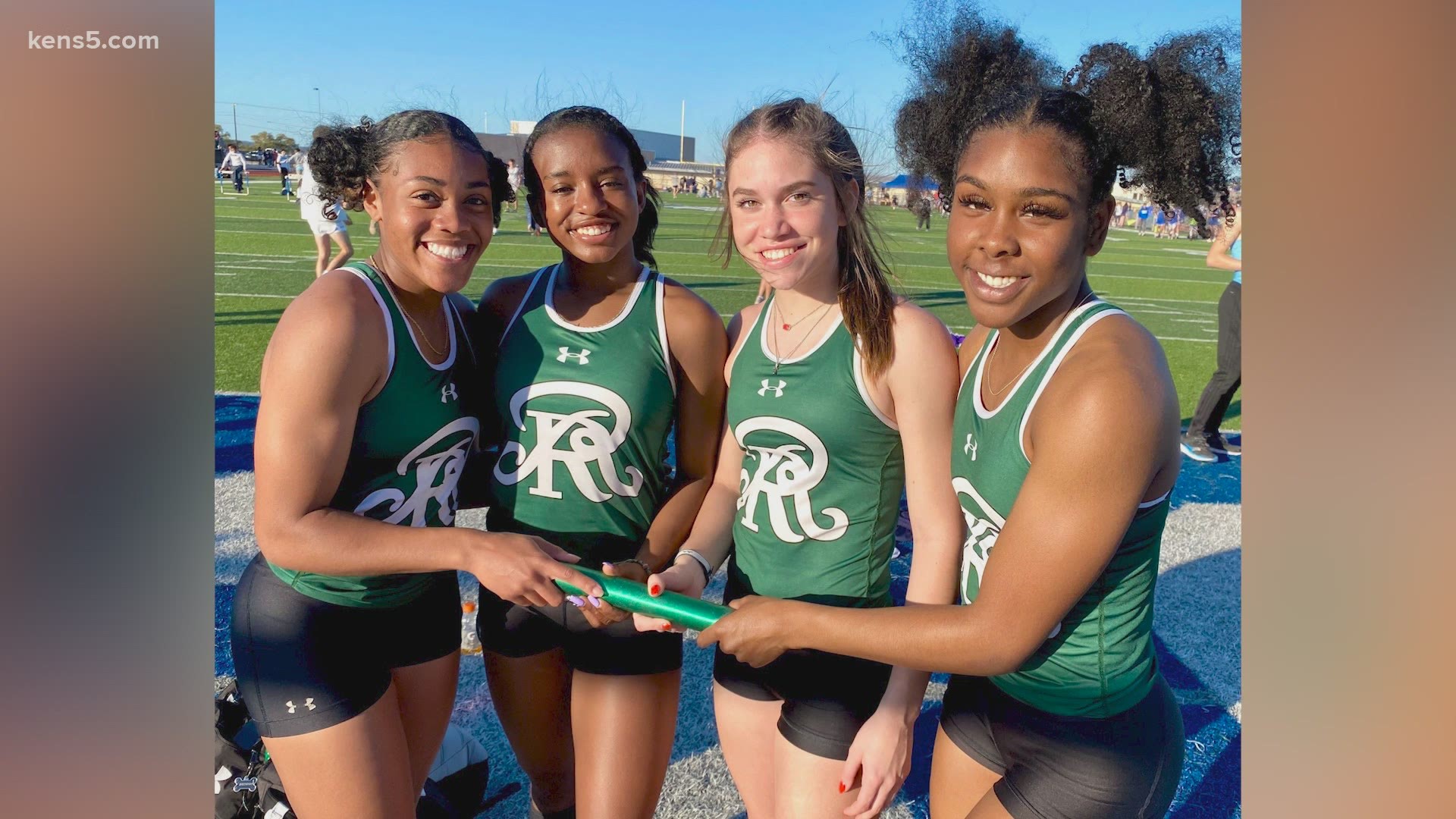 SAN ANTONIO — Most track coaches would tell you starting on top is never bad news.

"The first 4x1 we ran was the top time in the nation," said Reagan Rattlers' girls trach Head coach Jennifer McHugh. "And we got the city record four weeks ago."

So the ladies have been breaking their own records all season, which is a very good sign with the state track meet on tap Saturday in Austin.

"All four legs can be fast, but if you can't execute exchanges then it's just never gonna work out as fast as you could be," said junior Taylon Wise, who runs the second leg of the relay for her team.

But that's the good news; the ladies have been clean with the technical aspects of this season's runs, and just in time for the state meet.

"We have to make sure that if one takes off to soon, that can mess things up', said senior Madeline McElroy, who starts things off by running the first leg. "So just being in tune with each other's feelings and foot stride."

"We really try and fix as many things as we can," added senior Jamine Montgomery, who anchors the race for her team. "We're not perfect, but we have a lot of things down."

These relay ladies have worked together for nearly three years, and its evident in the results.

"They've had the benefit of being able to work with one another over the last couple of seasons, and we can really see that coming into effect now," McHugh said.

"We've been very consistent with clean exchanges, so we've got to just keep doing what we're doing," Taylon added.

This would the perfect week for something special with medals on the line, but it's important for these athletes mentally not to make the weekend meet any bigger than it already is.

"If you think about it being the 'state meet,' you're gonna let the pressure get to you," said junior Alyssa Quinones, who runs her team's third leg. "You're gonna get nervous, handoffs would get messed up, so you've just got to calm down."

"Anything can happen at the state track meet," McHugh added.

The team consists of two seniors and two juniors, and all four are dreaming about winning that gold medal by Saturday night.

"It's something that I know I can accomplish, but I have to put the work in as well," Madeline said.