R.C. Slocum said he has "a strong faith and will trust for a positive outcome." 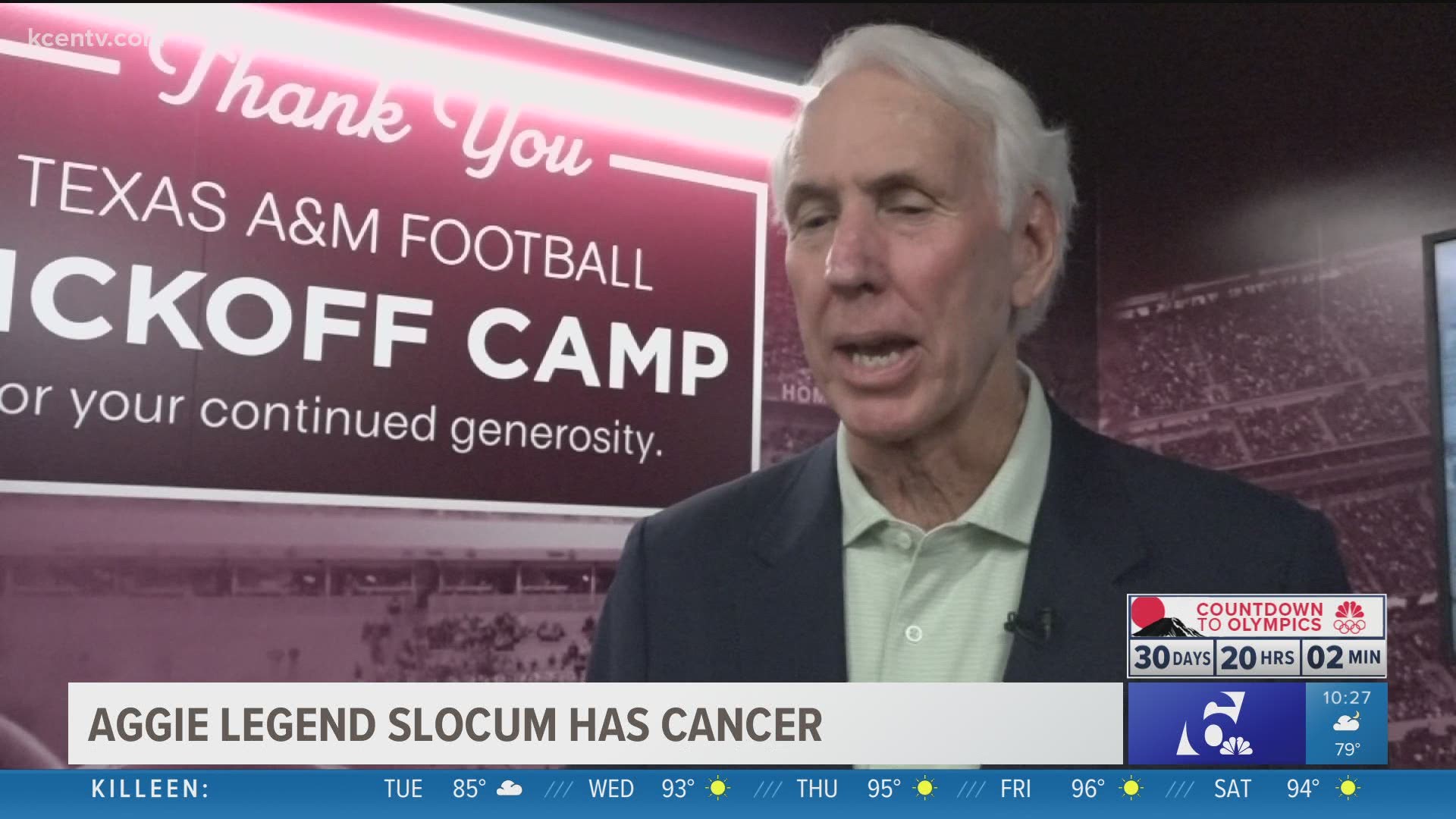 COLLEGE STATION, Texas — Editor's Note: The video above is from 2019

Former Texas A&M head football coach R.C. Slocum has been diagnosed with a form of Hodgkin's lymphoma, according to a release by the university on Tuesday.

"I have been so encouraged by the outpouring of love, prayers, and support from friends everywhere. I have great medical support and I will get started on this challenge as soon as possible. I have a strong faith and will trust for a positive outcome," Slocum said in a prepared statement.

Slocum oversaw a dominating decade of football at Texas A&M in the 1990's when he compiled 94 victories, the most of any Division I football program in the state of Texas at the time. Slocum guided the Aggies to an undefeated record of 10-0-1 in 1994, the best record in the Southwest Conference. That season marked the first time the Aggies went unbeaten since Coach Paul "Bear" Bryant lead Texas A&M to a 9-0-1 record in 1956.