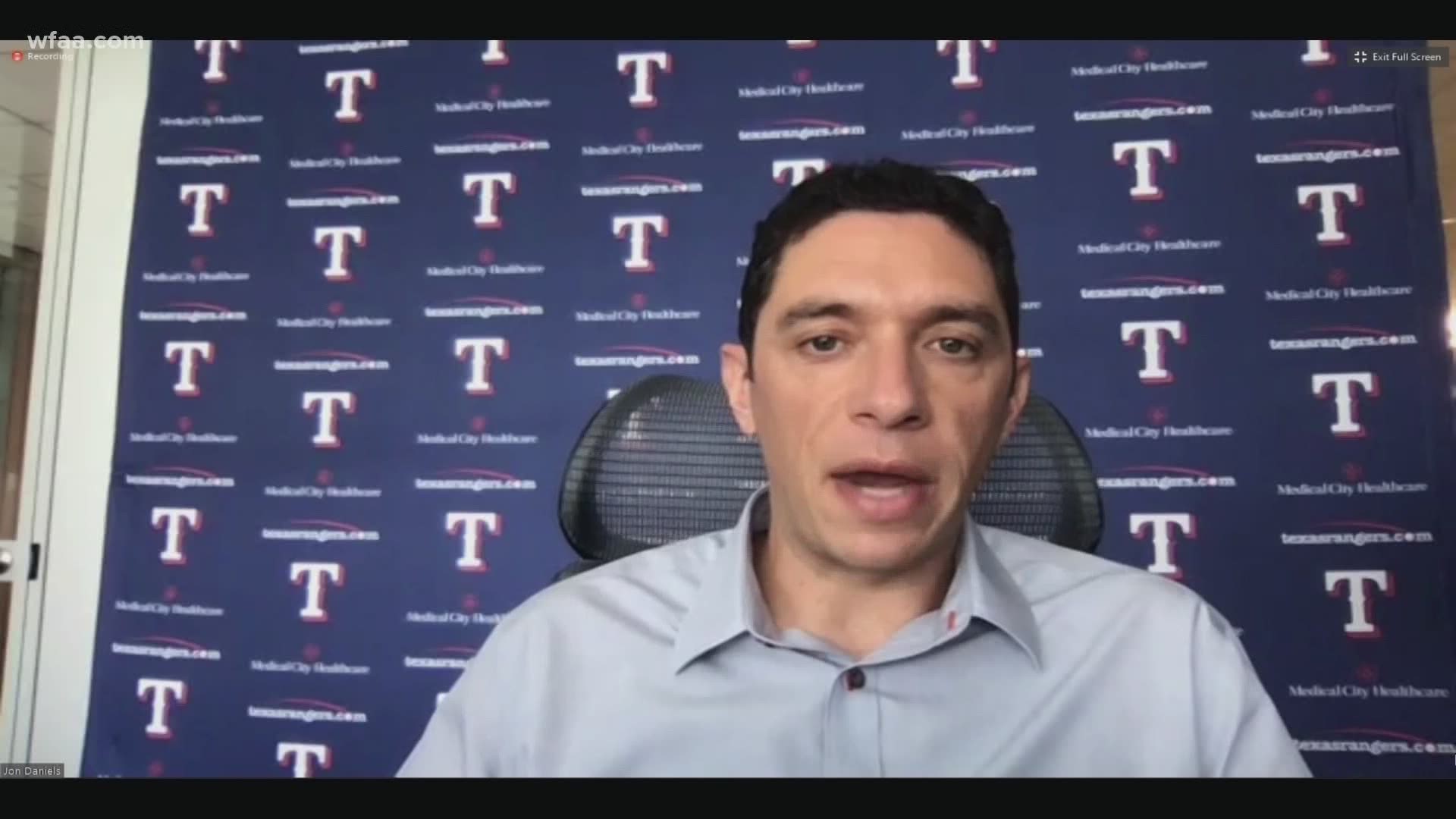 Major League Baseball has finally come out to play, and the Texas Rangers are in full-gear, trying to prepare for the start of a three-week ramp up to the shortened 2020 season, starting on July 1.

Major League Baseball issued a 60-game schedule Tuesday night that will start July 23 or 24 in empty ballparks as the sport tries to push ahead amid the coronavirus following months of acrimony.

Rangers General Manager Jon Daniels says safety has to be of the utmost importance, both during the preseason ramp up, and during the season itself. He said it will be incumbent upon players, coaches, and other league personnel to police each other, and make sure that all parties are following the guidelines established by the league, which include no spitting, no chewing sunflower seeds, social distancing as often as possible, and a myriad of other requirements, laid out in over 100 pages.

RELATED: Baseball is back! MLB says players will report to camps July 1

As for the “Spring Training” aspect, Daniels says they will spread the players out as much as they can, capitalizing on the multiple venues at their fingertips, and shuttling players in and out and various points of the day.

"We'll have staggered workouts through the day,” Daniels said. “It's not going to be like Spring Training, where you've got 60 guys working out at the same time."

The staying power of any sports league is questionable right now, as positive tests for players and league personnel could throw a wrench into the gears of any league’s plan.

"I think we've all seen with the virus and everything going on, making longtime predictions on the path it's going to take,” Daniels said. “A lot of people a lot smarter than I am haven't been able to. I'm not going to try."

The Rangers have also announced new ticket policies — anyone with tickets from the original 2020 schedule can get a refund or credit if they would like. In addition, any fan who had tickets to Opening Day 2020 can elect to roll that over for Opening Day 2021, or receive a credit.