According to ESPN, nearly 5.6 million people were watching the National Championship at its peak on Sunday. 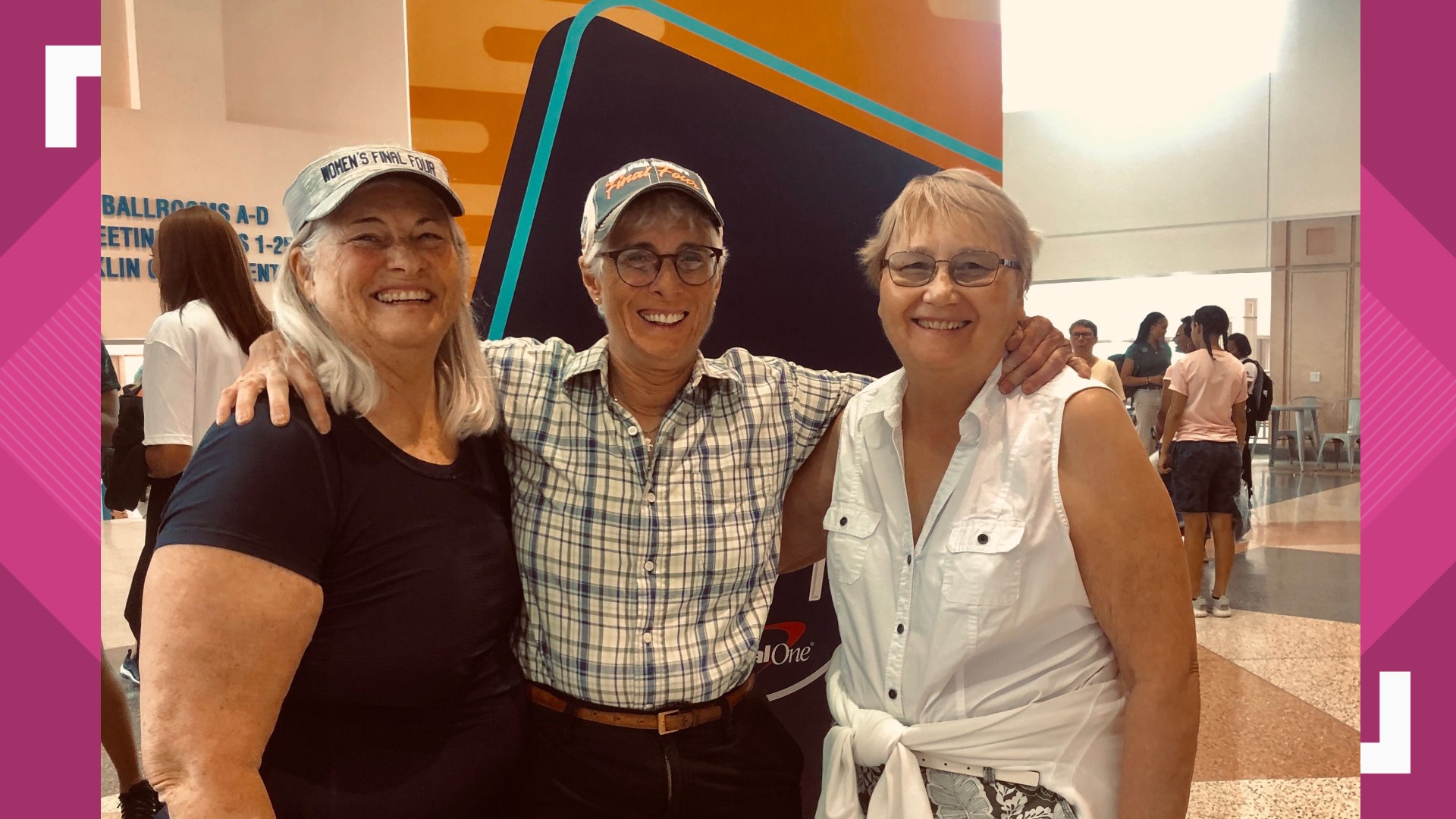 TAMPA, Fla. — While many Lady Bears fans are celebrating another NCAA Women's Basketball National Championship, others were celebrating the sport itself.

For women's basketball players from another era, the Final Four in Tampa was a sign of growth for the sport. The NCAA first started sponsoring women's sports in the late '70s, and they've only grown since then.

Ratings at this year's Final Four were up across the board. According to ESPN, Baylor's win on Sunday was the most watched Women's Basketball Championship since 2014, with the audience peaking at almost 5.6 million viewers.

Former players were on the ground hoping to keep it moving in that direction.

"This is my first time at the Final Four, but I played for Monmouth University from 1969 to 1973, before Title IX" Ellen Egan said.

Before Title IX, women's sports were sponsored by the Association for Intercollegiate Athletics for Women.

"It wasn't involved like it is now, we played because we wanted to have fun and that's what it was," Vicky Kolanko, who also played at Monmouth, said.

Both Egan and Kolanko said the Final Four is more than just three basketball games to see who the champ is.

"Just wanted to come and support all the wonderful athletes and encourage young girls everywhere to pursue their dreams," Egan said.

Kolanko said the next challenge for women's sports is visibility. She said she'd like to see the women's game be on equal footing to the men's game on TV terms.

"Elite Eight, they had the men's games, you could find them very easy," she said. "With the women's games, now and they had them on the same time as the men, and the advertisements were the same way. But, it's still a lot further than the men."

"I think there needs to be more attention paid to minorities and people who don't have access to sports facilities in their communities," Egan said.

With the Women's Final Four setting up shop in New Orleans next season, the movement to grow the sport will likely continue. For now, leaders of the sport celebrate the growth they've achieved in 2019.