Playoff baseball a rite of spring for powerhouse Reagan program

Rattlers have reached the 6A state final each of the past two seasons and three times in last five. 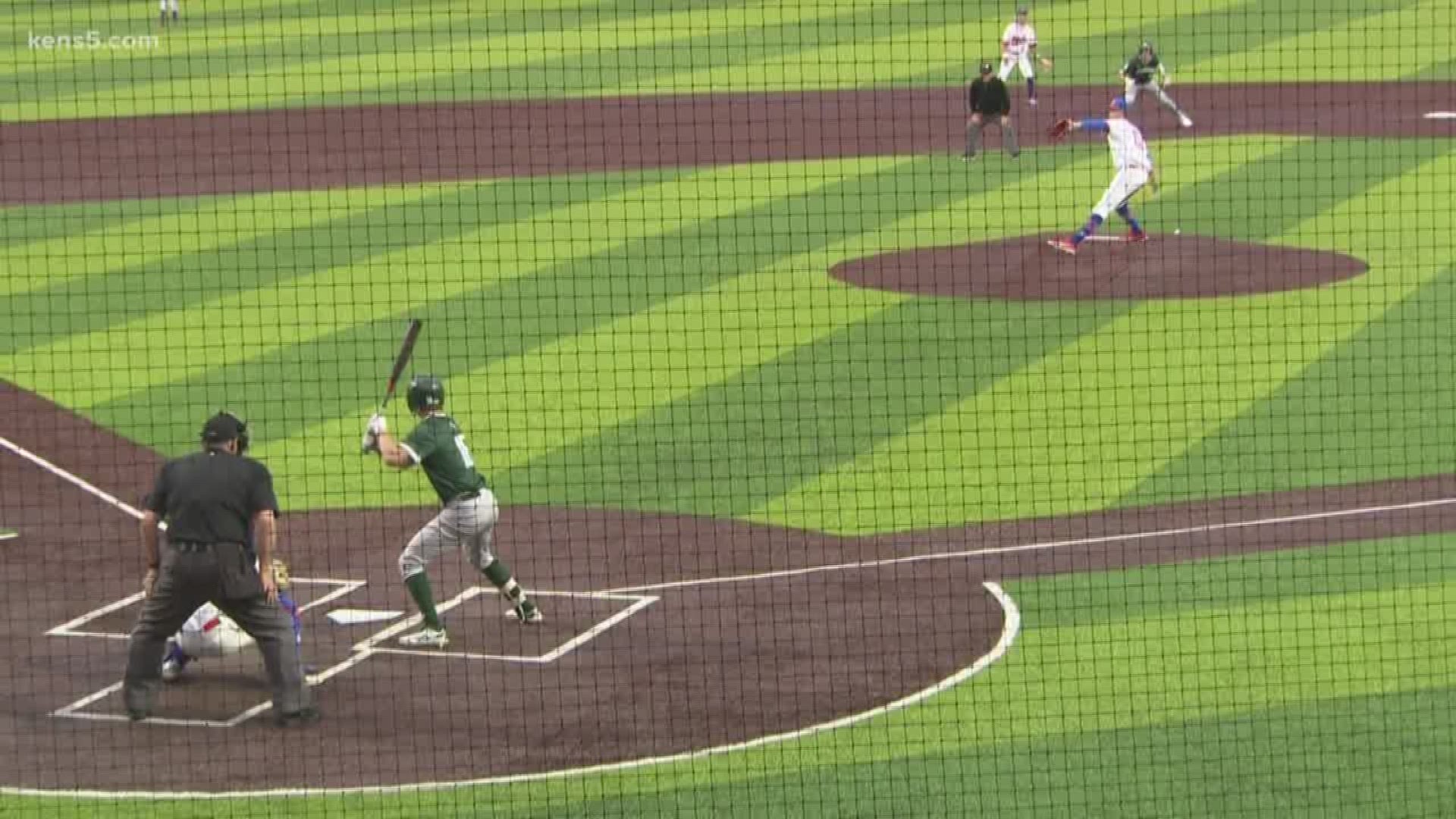 SAN ANTONIO — It wouldn’t be a spring if the Reagan Rattlers weren’t in the midst of another long baseball playoff run.

The Rattlers, who have reached the Class 6A state final each of the past two years and advanced to the state tournament three times in the last five seasons, have become synonymous with excellence since coach Chans Chapman took over the program in 2004.

Reagan has gone 445-110 in 15 seasons under Chapman, winning nine district championships and making the playoffs every year of his tenure. The Rattlers have lost in the title game in each of their three state-tournament appearances with Chapman at the helm.

“We lost a lot of good players from last year’s team and we had to fill a lot of holes,” Chapman said Thursday. “But one of the biggest things that this group has done, those guys that have had to step in and contribute, is understand the expectations of the program. They haven’t used losing a lot of guys from the year before or being young as excuses.

“No rebuilding year, so to speak, in their minds. They don’t want to be that group that, oh, well, you all were a rebuilding year. And they haven’t been. We make some mistakes just like anybody else, but they know the expectation is to play in Round Rock (site of the state tournament), and they want to have that opportunity. Whether it works out or not, we’ll see. But they’re trying to do everything they can to give themselves that chance.”

Reagan returned only four starters from last year’s state finalist, but the Rattlers have improved steadily throughout the season.

“We’re really young,” Chapman said. “Tonight, we’re going to start two seniors, three sophomores and a freshman. But they play hard. There are some wins that they’re not real pretty, but we play the game the right way. We make some mistakes sometimes. You can see that we’re young.

“Then there are other times we play and you think, man, these guys are good, as far as I see it. It’s just any given night. We want to go out there and play as hard as we can and see what happens.”

First baseman Cal Martin and catcher Alex Cavin are the only senior starters for the Rattlers. Pitcher/shortstop Travis Sthele and center fielder Zane Raba, both juniors, are the other returning starters from last year’s team. Sthele, a right-hander, has committed to Texas. He will start on the mound in Thursday night’s opener against Westlake.

“They’re very athletic,” Chapman said of the Chaparrals. “I think they’ve got a veteran team. They made the playoffs last year. They’ve got four or five guys on the mound that they use. They’re all quality pitchers.