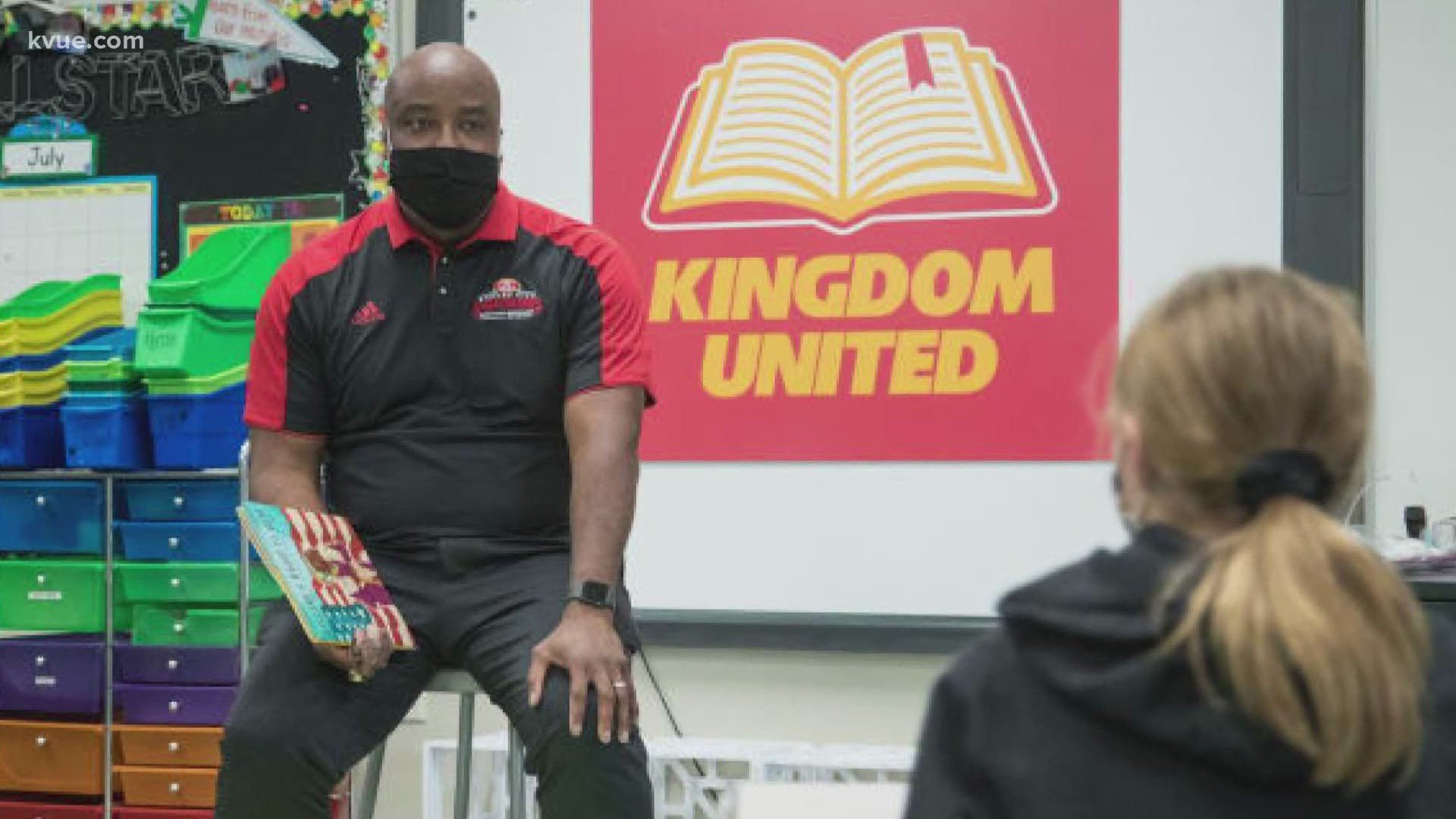 PFLUGERVILLE, Texas — Editor's note: The video published above is a conversation between Alex Okafor and KVUE's Jake Garcia in February after winning the Super Bowl.

The Kansas City Chiefs and Pflugerville ISD have partnered in the “Kingdom United” program, which aims to promote unity among students through diversity and inclusion initiatives.

Spring Hill Elementary is one of five schools receiving the materials for the program and is the only school outside of the Kansas City area participating in the program, according to district officials.

“When we first started this season, we wanted to dedicate time and energy into social justice initiatives and ending systemic racism. The Kingdom United education program goes to the root of the issue and begins to teach kids from a young age about equality and diversity,” Okafor said in a press release from the Chiefs. “Spring Hill Elementary is where I went to school, and I wouldn’t be where I’m at without the education I received there. That’s why it was a no-brainer for me to adopt them and bring the Kingdom United program to every single kid in that school. My hope for these kids is not only for them to understand the importance of diversity and inclusion but to also be the pioneers to a generation that actively stands up for prejudices and injustices that affect the people that don’t look like them.”

According to a district press release, the "Kingdom United" program provides diversity-themed books for each student that are grade-level appropriate. Teachers also will receive the books along with discussion and activity materials to facilitate discussions about race and inclusion to reinforce the messages in the books.

Pflugerville ISD officials said students from Spring Hill received the first book of the month last week, and teachers will start dedicating 30 minutes per month to teach about race, diversity, inclusion and acceptance with the materials provided by the program.

"The fact that Alex Okafor chose to sponsor Spring Hill for this program speaks volumes to the type of man he has grown up to be. He has a very large platform, and he wants to help out his hometown where he grew up," Spring Hill Elementary Principal Camille Ramirez-Longoria said. "I also think it illustrates the impact Spring Hill and Pflugerville ISD had on him that he wants to help in such a way. We can’t thank him enough for this amazing opportunity, and we are proud to be the only school outside of Kansas City participating in Kingdom United."

For more information on the Kingdom United program, click here.