Before cars, they were the way people got around; Check out hundreds of buggies | Texas Outdoors

“It started off as a hobby, then became a passion and now is a business,” museum manager Amanda Smith said. There are more than 200 buggies of every imaginable type. 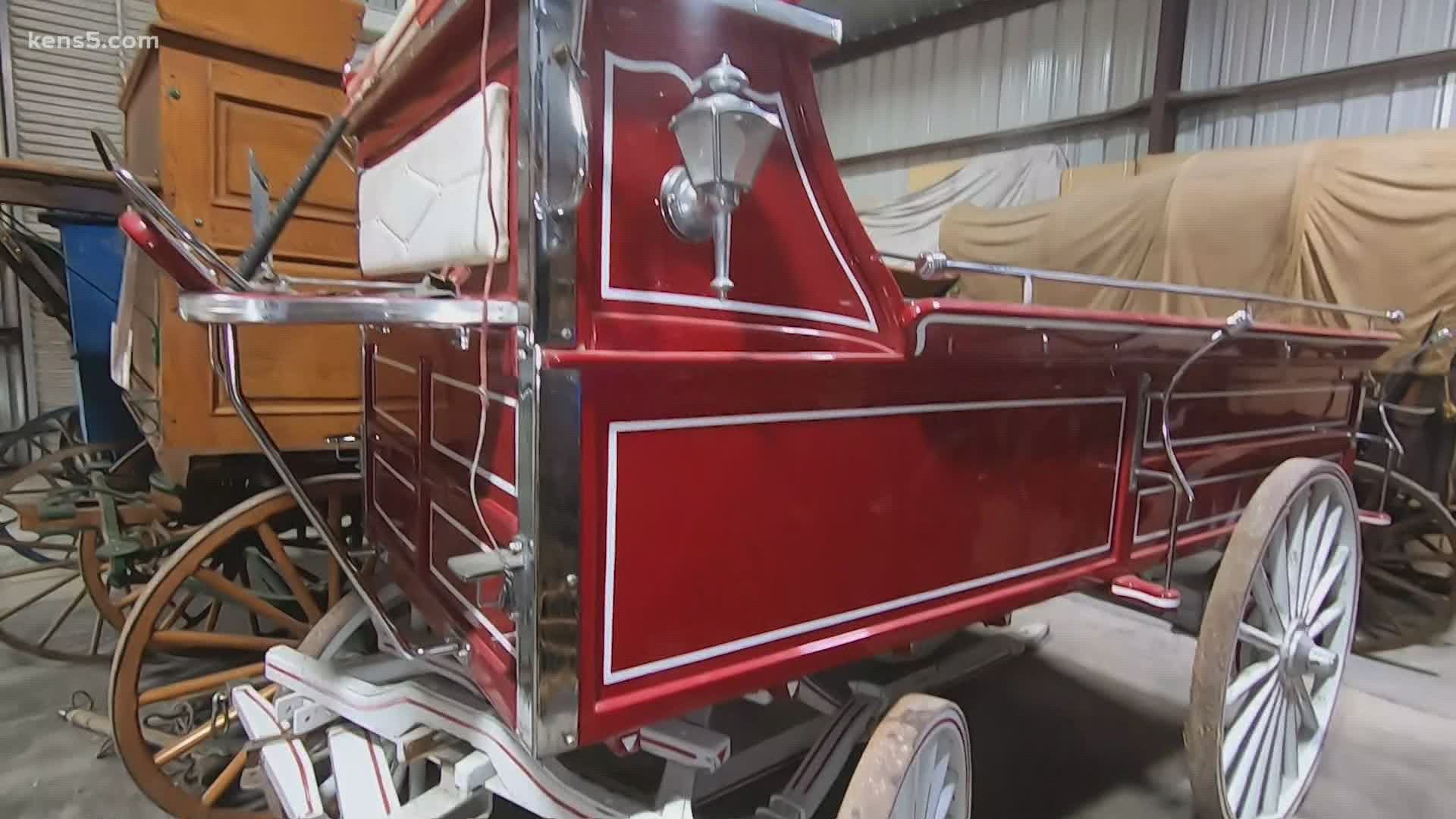 BLANCO, Texas — It’s nothing for us to go from New York to Los Angeles in four hours. Before there even was a Los Angeles the trip would take you a minimum of 6 months.

This country was founded by tough, hard living pioneers, who took off from the east, in covered wagons in search of a better life. Now you can see in what those trips were made.

The Buggy Barn Museum in Blanco not only has the rough, ox drawn wagons use by migrants – but luxurious, handsome cab carriages and everything in between.

“It started off as a hobby, then became a passion and now is a business,” museum manager Amanda Smith said.

She’s the daughter of the museum’s owner Dennis Moore, who now owns more than 200 buggies of every imaginable type.

Most have been restored to what they looked like in the late 1800s, which is much nicer than I would have imagined. The collection has become so well known, Hollywood routinely calls looking for specific types or styles on buggies. In fact, right now the museum has roughly 30 of their carriages in use on a movie set in Oklahoma – but the place has become much more than a buggy museum.

Moore’s passion now includes a full blown recreation of an old west town, which is used by filmmakers, music video producers and commercial production crews. They also have facilities for banquets or weddings or any type of party you would want to have.

It is a fascinating place, that would make a great day trip for the family and give the kids an amazing history lesson. If you’d like to check it out, click here.