Texas Outdoors: There's no mystery to who's behind Stonehenge 2 or the Moai!

They may not be quite a big and nowhere nearly as old, but you can see Stonehenge and the Moai statues without having to cross an ocean! 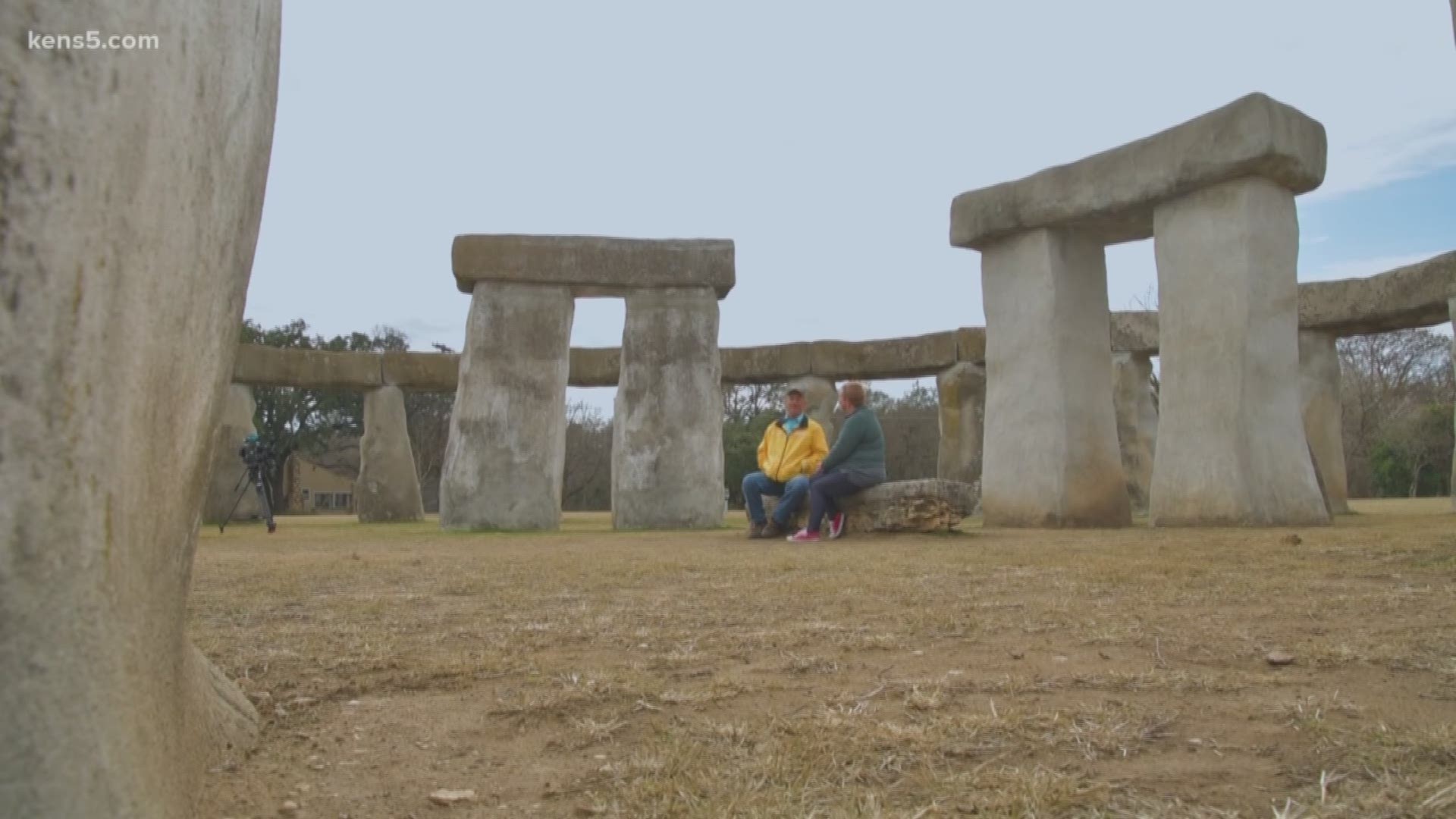 INGRAM, Texas — No one definitively knows who is behind Stonehenge in Wiltshire, England. Or why the Moai buried statues, up to their shoulders on Easter island. But there is no question why they are in Ingram, Texas.

"We couldn't just let them go away," says Hill Country Arts Foundation Director Sarah Derousseau. The statues were the brainchild of Al Sheppard, an actor and ranch owner just outside of Ingram.

One day a friend gave Sheppard a slab of rock, which Sheppard planted vertically in his field...then Sheppard decided he wanted to build a replica of Stonehenge.

So he paid the neighbor to build a replica using wire mesh covered with concrete and grout. Once the replica was built, people began flocking to his ranch, where Sheppard left the gate open, so they could see it.

About a year later Sheppard visited Easter Island, saw the Moai statues and wanted replicas of those too. The pieces of art stood in Sheppard's field long after Sheppard died in 1994.

When Sheppard's family sold the ranch in 2004, the new owner didn't share his passion for the pieces and was about to have them taken down. The Hill Country Arts Foundation got word, raised $20,000 and had them moved to their facility.

If you'd like to check out Stonehenge 2 and the Moai replica statues, or maybe catch a play, learn to draw, paint or create pottery at the Hill Country Arts Foundation...check out their website: http://www.hcaf.com