At only 16 years old, a Floresville teen is an old hand at restoring tractors. 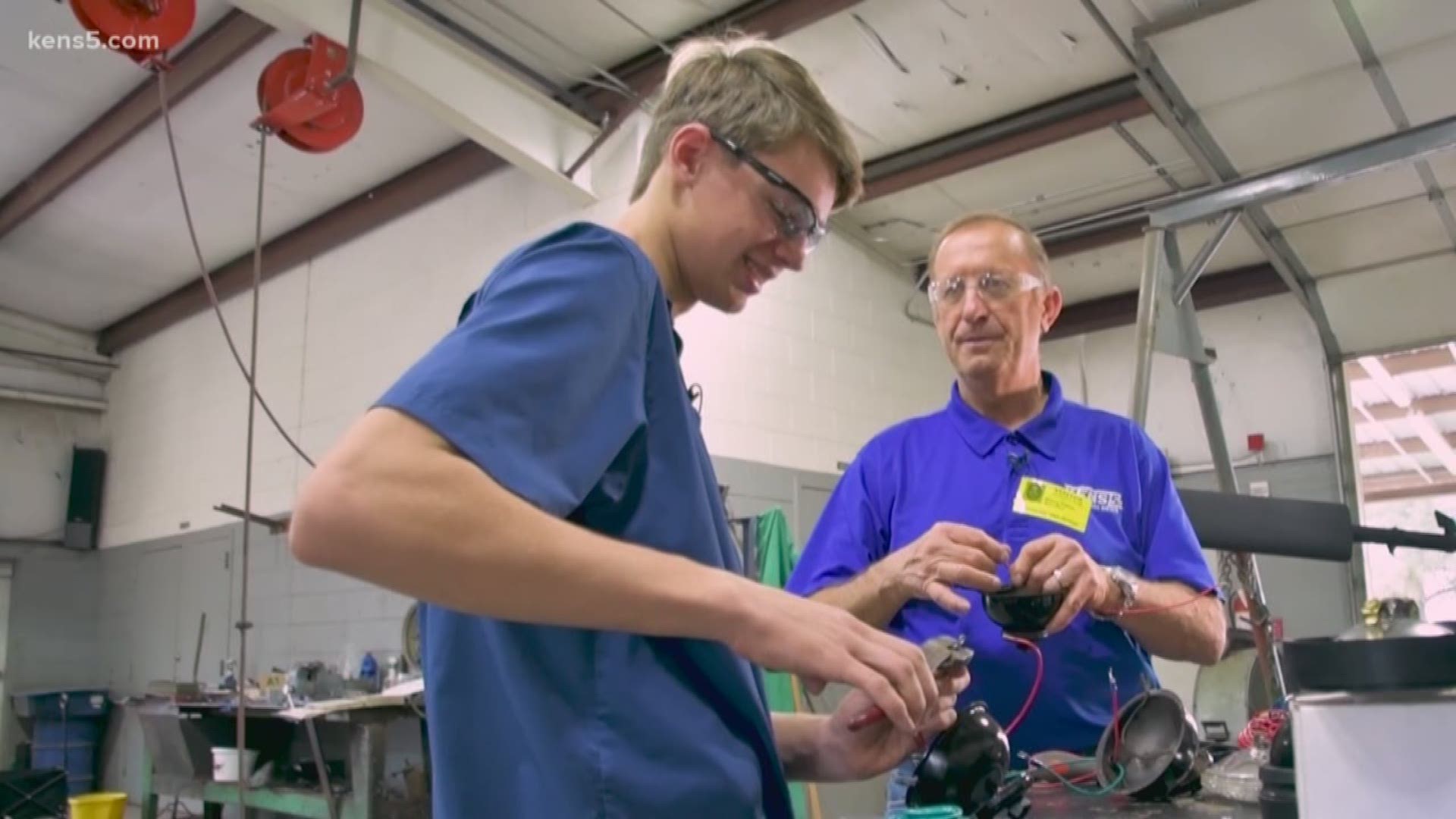 FLORESVILLE, Texas — As the hours quickly tick by, the only thing Riley Billings can do is wait and hope! Parts he needs to complete his rodeo competition entry are supposedly going to arrive on time.

Only 16 years old, Riley has been through this 3 times before. This year's entry though is different. It's bigger and far more complex. Riley is restoring a 1977 Ford 7700 tractor.

"It ran when we got it, but inside it was in pretty bad shape," Riley says. Since then, Riley says he has taken every nut and bolt off the tractor. Many parts have been replaced, but some are so hard to find they simply have to be repaired.

The restoration is part of the San Antonio Stock Show & Rodeo's Junior Agriculture Mechanics competition. School kids take get tractors, take them apart, rebuild the engines, paint the frames and bodies, then drive them for judges and rodeo guests.

Most of the work is done by a single student, but Riley admits he had to have a little help. "Some of the parts on this thing are way too heavy for one person," he says. He also has inside help.

Riley's AG Teacher at Floresville high school also happens to be his dad. Mike Billings says "It's hard to not jump in and do more, but the students learn more the more they do."

Riley has his back against the wall though. It was two days out from judging when we did this interview and he was still waiting on a few minor parts. He's confident though "If we had all the parts, I feel like if we had 3 hours, we could get it running."