Texas Outdoors: Crawling through Robber-Baron cave is like walking through history

There are more than 500 documented caves in Bexar county, and one of them winds it's way underneath one of San Antonio's most prestigious neighborhoods. 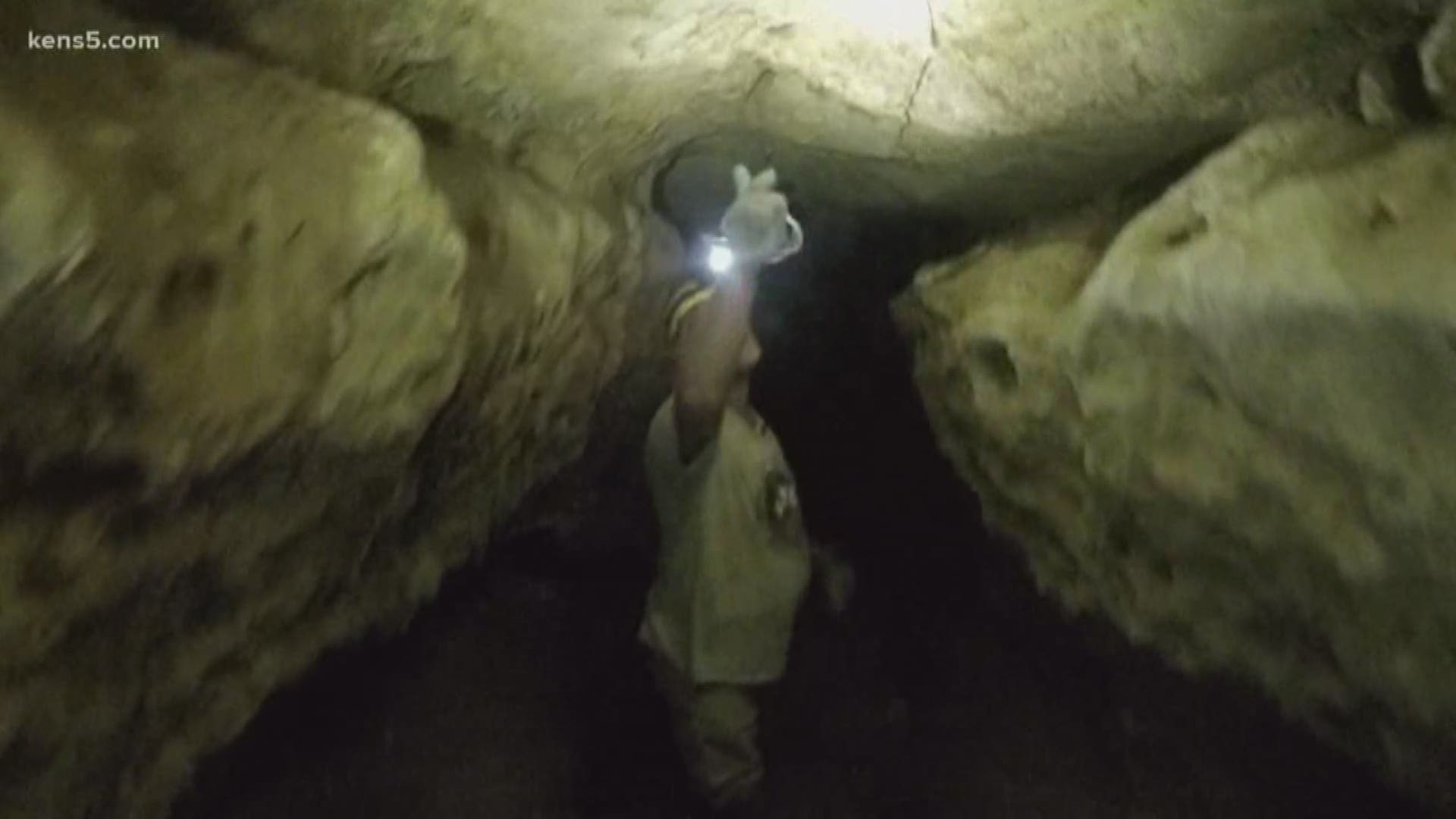 SAN ANTONIO — It's the blackest dark you could ever imagine! 30 to 40 feet below the surface of the earth, you crawl in on your hands and knees, the humidity hits you like a wave and beads of sweat immediately begin to run down your face.

You have just entered Robber-Baron cave. It is a hidden gem that has been explored for at least around 200 years, according to etchings in the cave and perhaps who knows how long.

It's what's called a "maze cave", meaning there are numerous paths which in this case wind for more than a mile underneath the Alamo Heights area. Many are tall enough to easily stand and walk, others are so small you're forced to crawl on your belly or crawl on your hands and knees to make it through.

At one point, Robber Baron cave was actually a commercial operation. There are still iron bolts in the roof which used to hold wooden slats, on which electrical wires ran, providing electricity for lighting the paths for paying tourists.

Now the cave is gated off and protected by the Texas Cave Management Association. They do host an open house once a year and guided tours, by appointment only. It also allows school groups or other organizations and even allows area first responders to train in it's passages.

If you would like more information about Robber Baron cave, here is a link to the Texas Cave Management Association's website on the cave: https://www.tcmacaves.org/preserves/robberbaron/