Texas Outdoors: Pecans are ripe for the picking!

Pecans are a necessity this time of year and we'll take you to where you can get them straight off the tree! 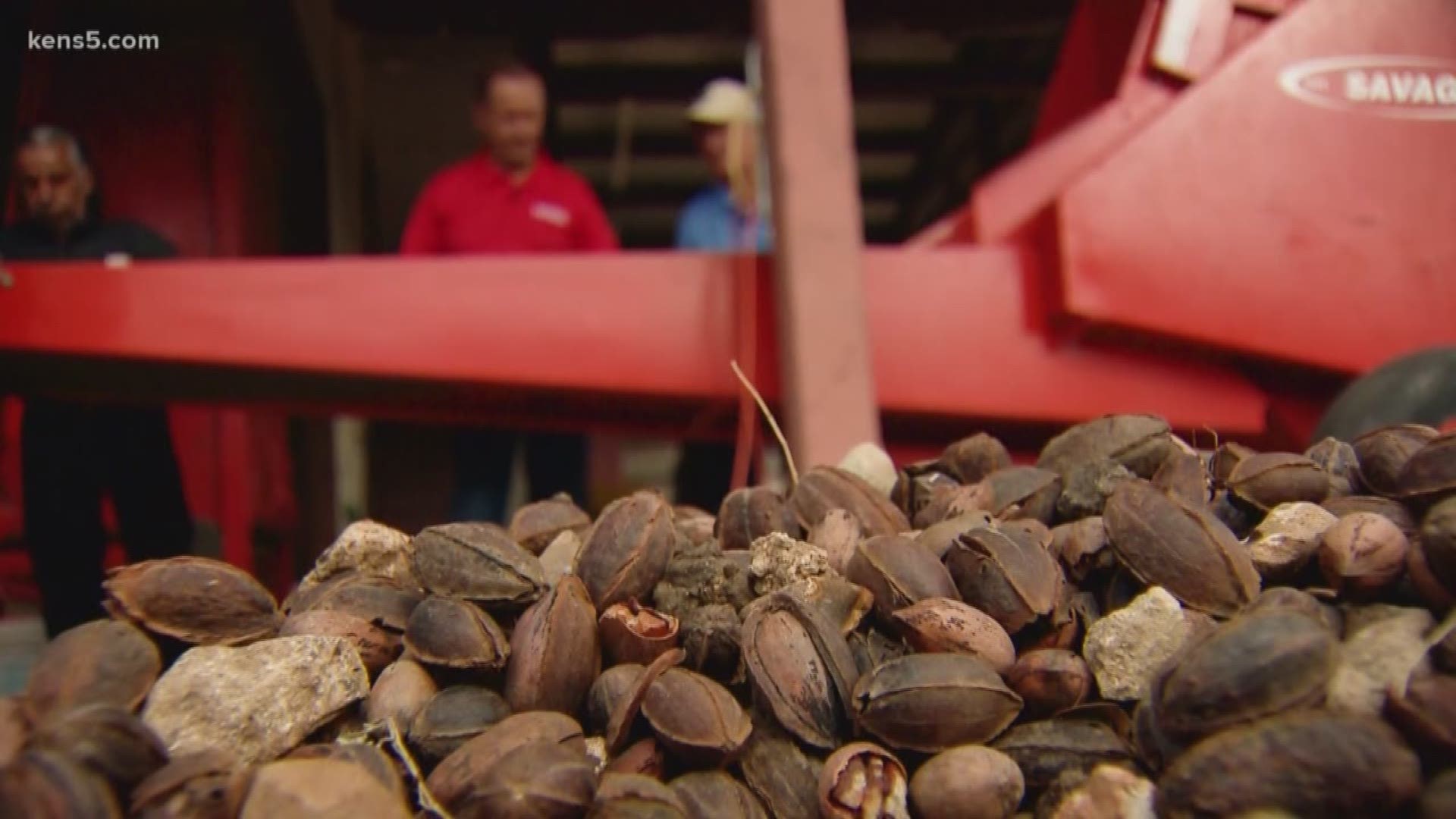 NEW BRAUNFELS, Texas — It doesn't matter what you put them in, pecans make everything taste better!

During Thanksgiving and Christmas, you can find a pecan pie at almost every family gathering...and the only thing that makes them taste better, other than whipped cream, is fresh pecans.

Mark Friesenhahn doesn't have a problem getting a truckload of fresh pecans.

He has been growing them on his family farm, just outside of New Braunfels for years.

In fact, Friesenhahn says "Growing pecans actually kind of forced my retirement." He worked in the oil industry for years, but when the 2500 trees he has on 60 acres of his 110-acre farm became too much, Comal Pecan farm was born.

Now, Friesenhahn harvests about 40,000 pounds of pecans a year "depending on the weather", he says. "Our goal is to sell three-quarters of them in our store this year."

You can buy them by the pound, whole, cracked or even just the meat itself.

And if you have a sweet tooth you can also buy them covered in chocolate, candied, roasted or pralines.