In a city of nearly one and a half million people, a bit of peace and quiet can be found paddling along the San Antonio River on the city's south side. 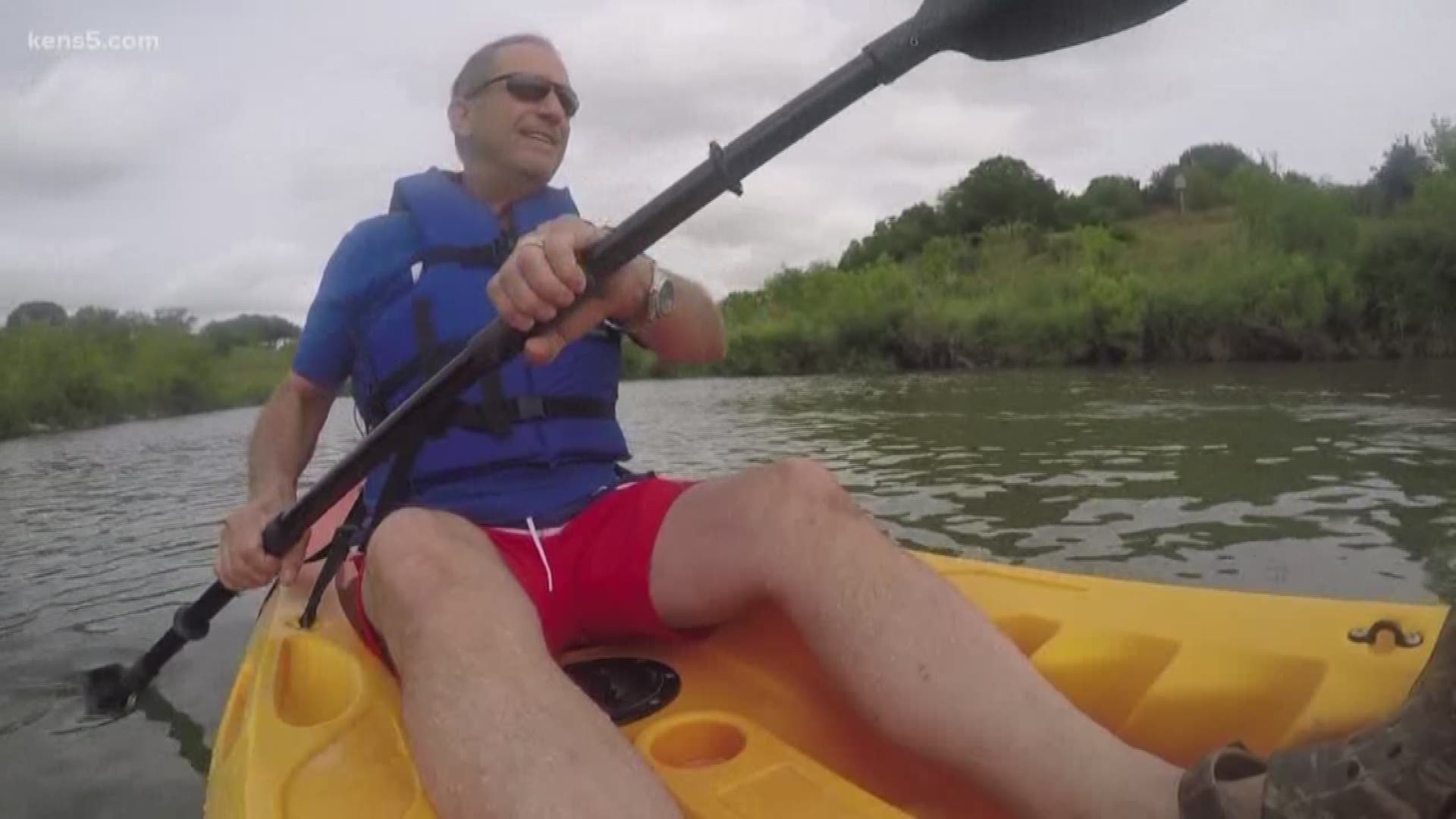 If you didn't know better, you would swear you're somewhere out in the country - not in a city of nearly 1 and a half million people.

Sarah Neal is an expert on the Mission Reach. Neal runs Mission Adventure Tours, which she says gives people the opportunity to connect with nature. “That's what we're all about,” Neal explained, “connecting the people and the nature and the river.”

We put in at Roosevelt Park, and it was surprising, because of the rain we've had, how much water was flowing.

I also had a surprise I'm not really keen on - a snake swimming right in front of us!

There is actually quite a bit of wildlife along the river. What’s amazing - with all the traffic and business and life going on around us - is how quiet the river is. The City has done a remarkable job making the river accessible, even creating chutes for the kayaks to go from one level to another.

While Mission Adventures offers kayak and bike tours 7 days a week, Neal is quick to point out the river is here for everyone to enjoy.

"You can walk your kayak down, put in, kayak up or down the river you want, take out and go home! No charge, no fee," Neal said. "it's one of San Antonio's hidden secrets."