You won't believe the amount of science that goes into the Texas Parks and Wildlife Department's fish hatchery program! 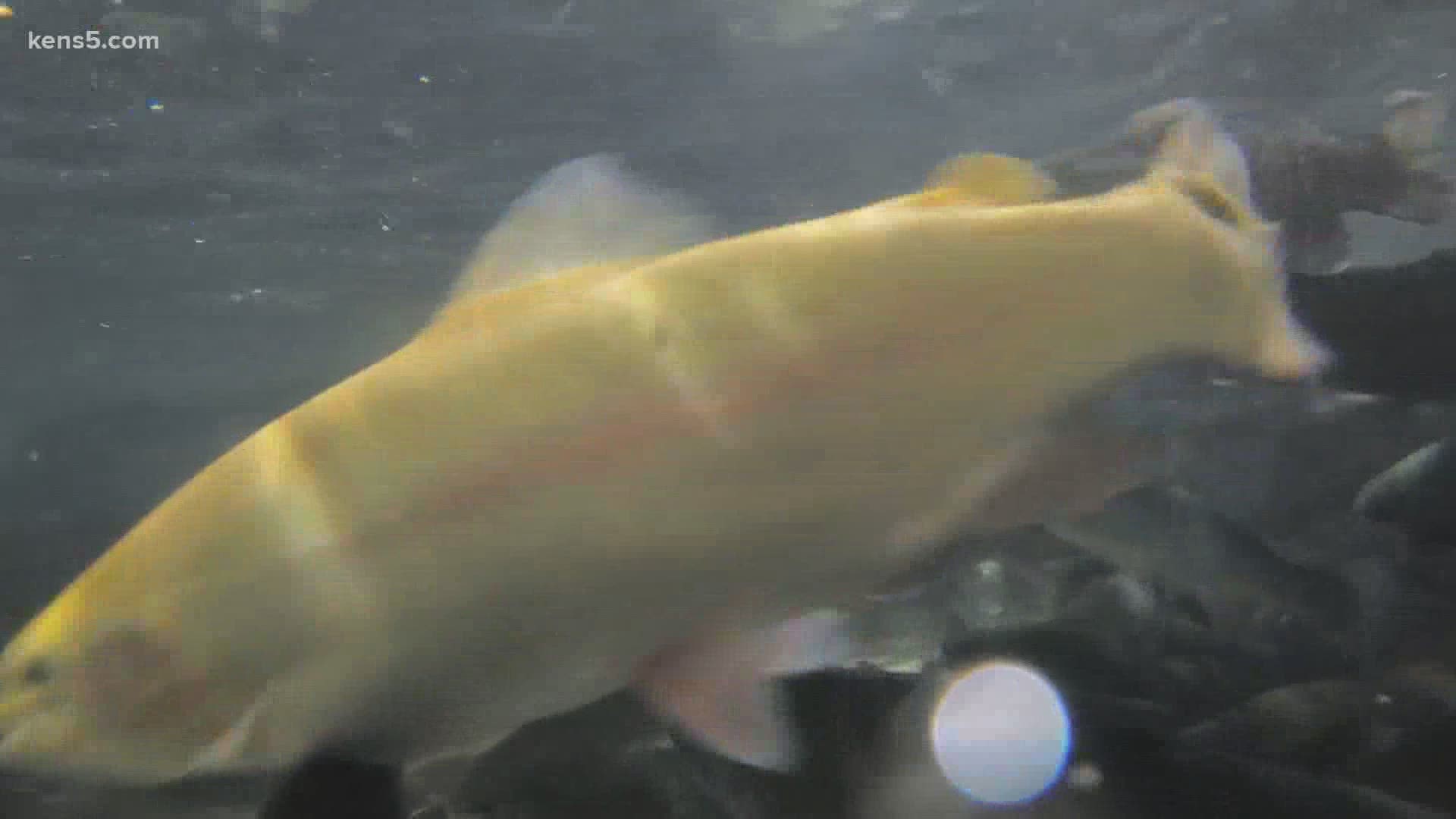 SAN MARCOS, Texas — We've seen the tens of thousands of fish Texas Parks and Wildlife stocks in our lakes and rivers, but there are literally millions waiting in the pipeline. The state wants to make sure you have a good fishing experience.

There are five fish hatcheries spread out across the state. They produce just about every native sport fish found in any Texas waterway, from largemouth and black bass to catfish and bluegill – and even some that aren't native like rainbow trout.

There's an insane amount of science that goes into the program. We visited the A.E. Wood State Fish Hatchery in San Marcos. It has 46 one-acre ponds where the research is so intense it includes DNA testing to ensure the fish aren't being inbred.

The redbreast sunfish is one of our larger sunfish, occasionally attaining weights of one pound or more. Good populations of large redbreast can be found in the clear streams of central Texas, primarily in the San Marcos area. #25DaysofFishmas pic.twitter.com/4ZnF0biPno

"We want to make sure the fish not only do well when when release them, they thrive," Karl Kittle, the Regional Director of the Program, said.

A recent tweet by TPWD Fishing showed a redbreast sunfish, which can occasionally weigh one pound or more. It said, "Good populations of large redbreast can be found in the clear streams of central Texas, primarily in the San Marcos area."

The state is also in the middle of the trout stocking portion.

"We'll release somewhere around 335,000 trout in public waters across the state," Kittle said. "The majority of the fish we release are eventually caught by anglers."

Kittle said ensure that, the department posts on its website where and when they are going to release. If you want to catch the action, visit their website.