With some families, it’s gotten to be a yearly event. The patch has now grown to more than an acre and a half with two locations 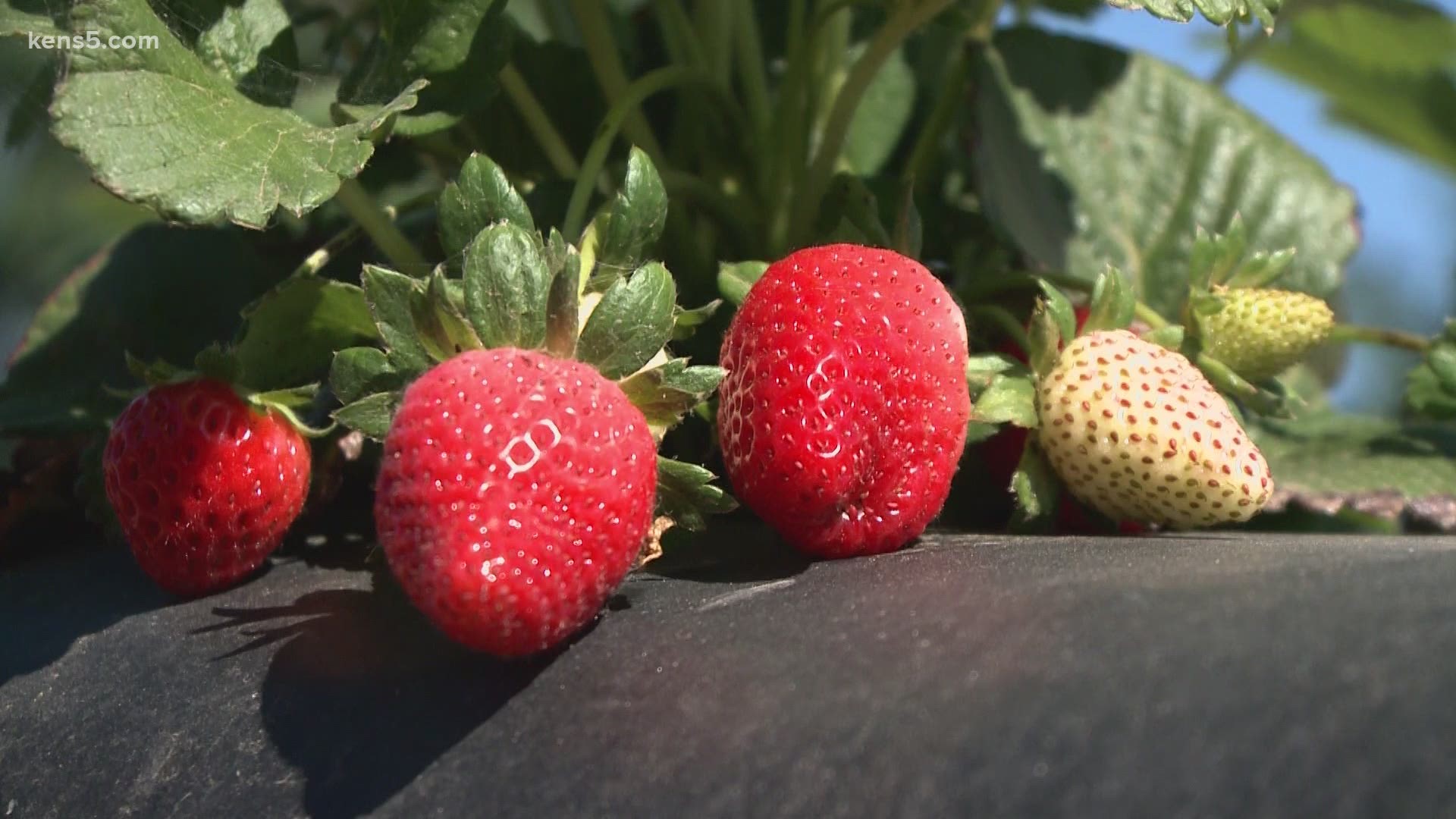 POTEET, Texas — “They’re almost as sweet as candy!” is a common thought when you first try a strawberry at Five Cousins'. KENS 5 was in Poteet, the self-proclaimed “Strawberry Capital of Texas.”

Strawberries are Poteet’s claim to fame. They have a week long festival, celebrating everything "strawberry," and more than 100 growers come from across the state to see whose berry is the best.

KENS 5 didn’t have to go far to find out. Two out of the past three years, Five Cousins' Strawberry Patch has claimed the crown. Or, second place.

“It knocked my socks off” says Will Bates, the grandfather of the Five Cousins' after whom the patch is named. It was actually Bates idea that started the patch. His oldest grand-daughter Hallie came to him and told him she wanted to show pigs. Bates, an agriculture teacher for 40 years said, “Fine, but you have to raise strawberries too!” Hallie says she thought, “Okay!”

Little did they know that small five row patch would grow to include all five of Bates grandchildren, and lay claim to perhaps the most coveted title in Texas strawberries “Grand Champion” at the Poteet Strawberry Festival.

It takes tons of work and Hallie says, “It’s so awesome that I get to do it with my family.” Now, it’s become such a thing that the Bates children have friends who come out to help plant their crop.

Next to eating them or making something out of them, then eating it, perhaps the best part about Five Cousins' strawberries is you get to pick them yourself.

With some families, it’s gotten to be a yearly event. The patch has now grown to more than an acre and a half with two locations. And this year included more than 10,000 plants.

If you are interested in learning more about Five Cousins' strawberry patch, or maybe heading down there to pick your own, click on this link to visit their website.