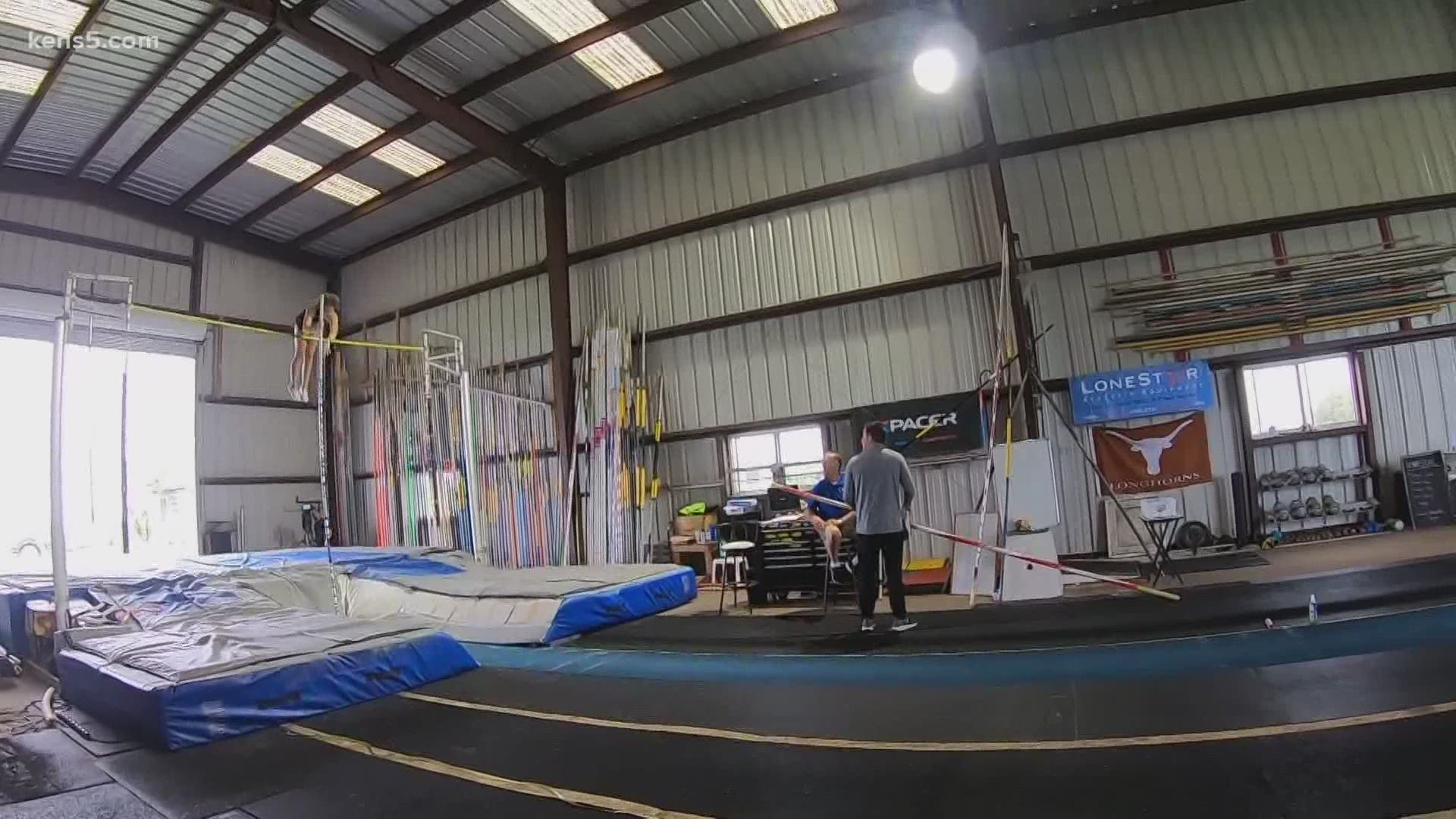 NEW BRAUNFELS, Texas — The one thing about every sport is that you have to persevere! You have to learn all the little tricks, train hard. And sometimes, no matter how hard you work, you're going to come up just a little short of the bar. But, with pole vaulting, chances are the bar is going to come down on you!

Eyewitness News anchor Barry Davis recently had the pleasure to watch two young lady vaulters. Meredith Driskell went through college vaulting for the University of Louisiana/Lafayette Rajin Cajuns. She graduated in 2017, but recently felt the need to compete again.

"I still felt I have a little left in the tank that I didn't get to spend in college" says Driskell. Now, several times a week she's at Lonestar Pole Vaulting in New Braunfels.

"Meredith is a good vaulter," owner Kris Allison said. "I can take any beginner kid and have them clearing a bar within an hour."

Allison also went through college vaulting and ended up with a teaching degree. He says he never dreamed he would end up owning his own pole vaulting school and teaching kids how to do it.

He's apparently a pretty good teacher, too! One of his students, 16-year-old Joy Sherwood, just won the 3-A State Championship with a jump of 12' 9". That's not even her best jump. Sherwood says her personal best is 13' 3", 3" above the state record.

Allison also has a lot of older vaulters who frequent his gym. He says they have club competitions all the time. They even had one "senior vaulter" who was still doing it at age 90. If you're interested in checking them out or maybe learning how to pole vault, click on this link to their website.