It looks so graceful and smooth, unless you're hitting the water like a breaching Blue Whale! 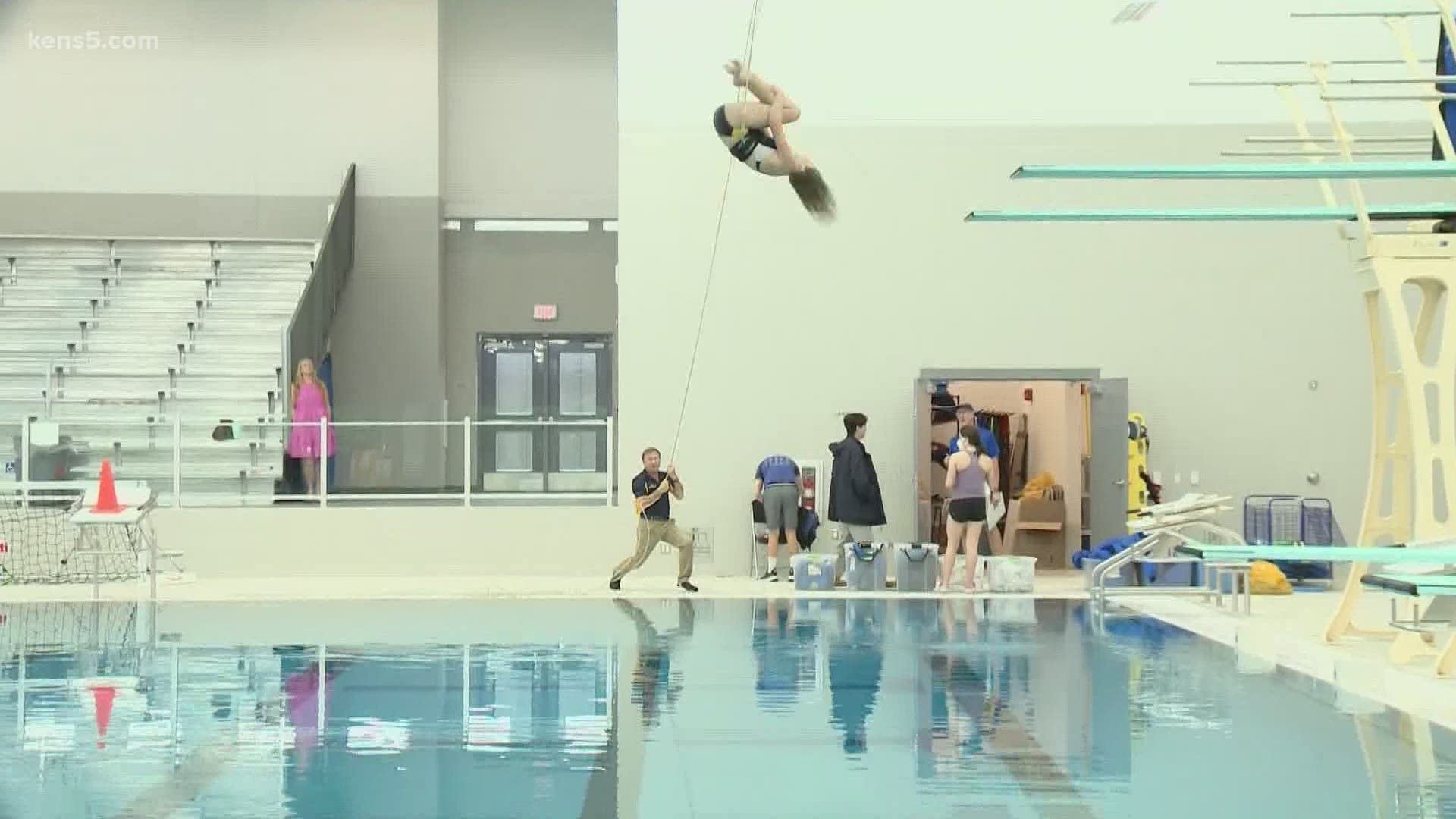 SAN ANTONIO — My head was spinning, I was dizzy and thought "I might throw up!" That was from flipping off the side of the pool before I even touched the diving board.

When a diver, who knows what they're doing, leaves a spring board, gracefully spins like a top, then hits the water, he or she usually makes a very small splash. It takes years of practice to do.

I have swam all my life and even managed to do a one and a half-forward flip off a board a time or two, but that might have been a few years ago. So I thought, with a little professional guidance, I would try it again.

"I've been connected to diving for more than 50 years," says Stan Randall, head coach with Alamo Area Aquatics. It's a club diving organization with members as young as 6-years-old, and as old as, well, until you want to stop.

Randall says, "Former gymnasts dominate the sport now." He says they switch to diving when their gymnastics career is over because it's a lot easier on the body to hit the water, and they already know a lot of the moves.

Although, I can attest the water is not all that soft when you don't do things quite correctly. When you're starting out, like 11-year-old old Elise Cross, Randall uses a rope and harness system to help with the timing and the hard landings.

Anybody can join the club, no matter if you're a seasoned "master," or a youngster who just has an interest in learning. If you're interested in checking out Alamo Area Aquatics, visit their website here.