Ever wonder what it's like to dive into Canyon Lake? There's much more than meets the eye | Texas Outdoors

Whether it's boating, skiing, on a jet ski or sailing, Canyon lake is a blast. But the real fun begins below the surface! 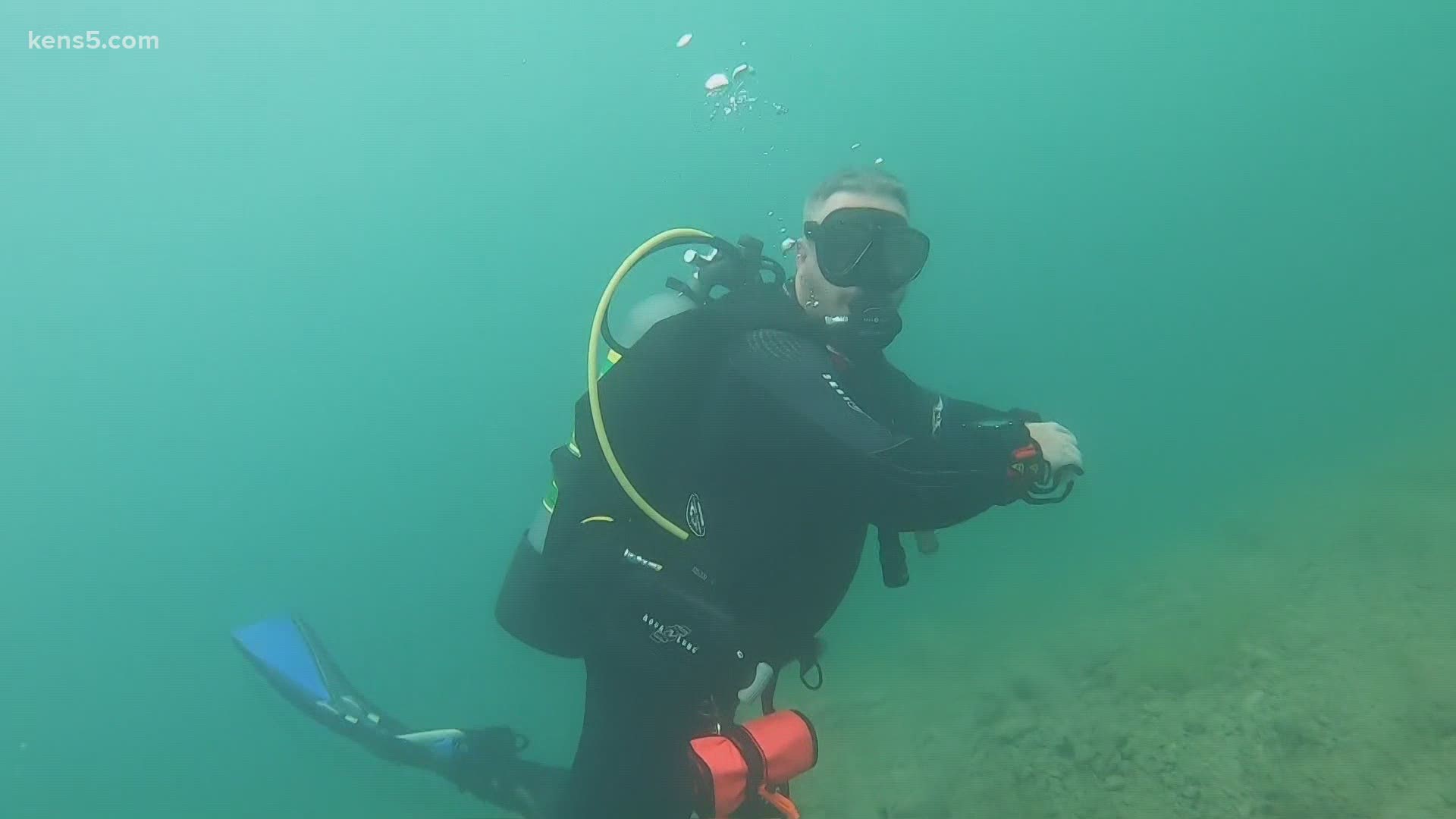 CANYON LAKE, Texas — Canyon Lake is one of the prettiest and most fun places around. That is, if you like spending time in the water!

It's 8230 acres of fun, with 80 miles of shoreline. But, there is much more than what meets the eye.

Michael John and Davis Bruce know the lake well, above and below the water. John & Bruce are members of the Canyon Lake Dives. It's a loose organization of scuba divers.

With the Gulf of Mexico less than three hours away, most people might think that's the place to scuba dive. But Canyon lake is unique. The huge rock ledges with sheer drop-offs, flooded stands of timber and pretty clear water gives local divers the chance to drop down almost anytime they want.

"It's beautiful" says Johnson. He comes out to dive at least a couple of times per week. Many of those times John, and others, are looking for treasure. That treasure consists of items swimmers, boaters and other who are on the surface drop, and think they have lost forever.

Johnson says, "I try to return everything thing I find." Those finds include phones, jewelry and even a boat motor. The clarity of the water, usually about 20-30 feet, makes recovering things pretty easy. It's just knowing where they dropped, or stumbling across them.

Many times Canyon Lake Divers host clean up dives. Armed with mesh bags, divers fan out across the bottom picking up cans, bottles and other trash those on top of the water drop or intentionally sink.

While we were filming this story, Barry Davis happened to come across one of those "lost treasure type items" described above -- a drone!

When Barry returned to his desk, he found an SD card inside the drone. The card had photos of the owner!

So naturally, KENS 5 had to post the photos on Facebook and Twitter, searching for the owner. And what happened next shows the power behind social media.

Check out the whole story here.