Barry Davis met up with Chris Malloy from Backyard Pitmasters, who took him to "ribs university" and forever changed how Barry will grill. 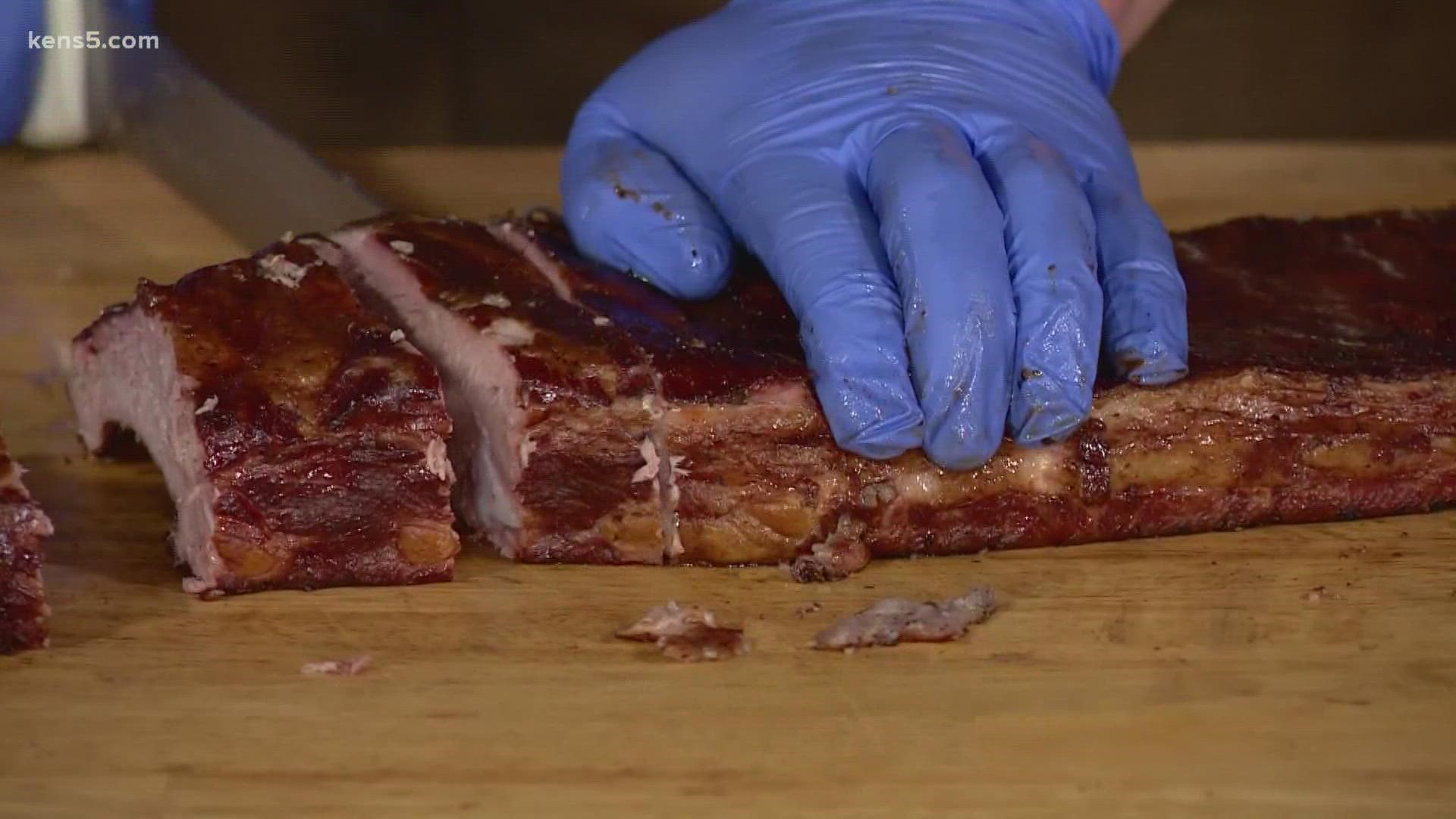 SAN ANTONIO — This is Labor Day weekend, which means a lot of families and friends will gather to celebrate. In Texas, that means firing up the grill.

KENS 5's Barry Davis met up with Chris Malloy from Backyard Pitmasters, who took him to "ribs university" and forever changed how Barry will grill.

"I've always considered my grilled ribs the best there were...not any more! Ribs University has given me an education that left my mouth watering for more," Davis said after trying out the classes.

Backyard Pitmasters offer classes guaranteed to teach the most inexperienced backyard griller, to competition meat smokers... something! The ribs they pulled off the grill are indescribable!

"We just wanted a way to show everyone they could do it" says co-creator John Crane. He and his partner Mike Albreacht came up with the idea while having lunch one day. Albrecht says "It was a passing comment, that was too good not to follow up on."

Since then they have created a class for almost every type of meat. It started with Brisket U, then Ribs U, Chicken U, Seafood U, Sausage U and coming this fall Turkey U.

The classes are held at local breweries in four Texas cities San Antonio, Austin, Houston and Dallas. Since the pandemic hit they also built an entire studio in Houston and offer the course to corporations on-line.

Their classes are so popular, they have sold out pretty much the rest of the year, so they are trying to partner with more breweries and branching out to take their classes to more states.

Since our first story with them aired in July, 2020 all their classes have sold out! I can honestly say they smoked the absolute best brisket, pork and beef ribs I have ever eaten. If you're interested in checking out a class, click on this link: https://brisketu.com/