The season just started, but Tara Topping with the Harte Research Institute says they’re unsure when the season is going to close. 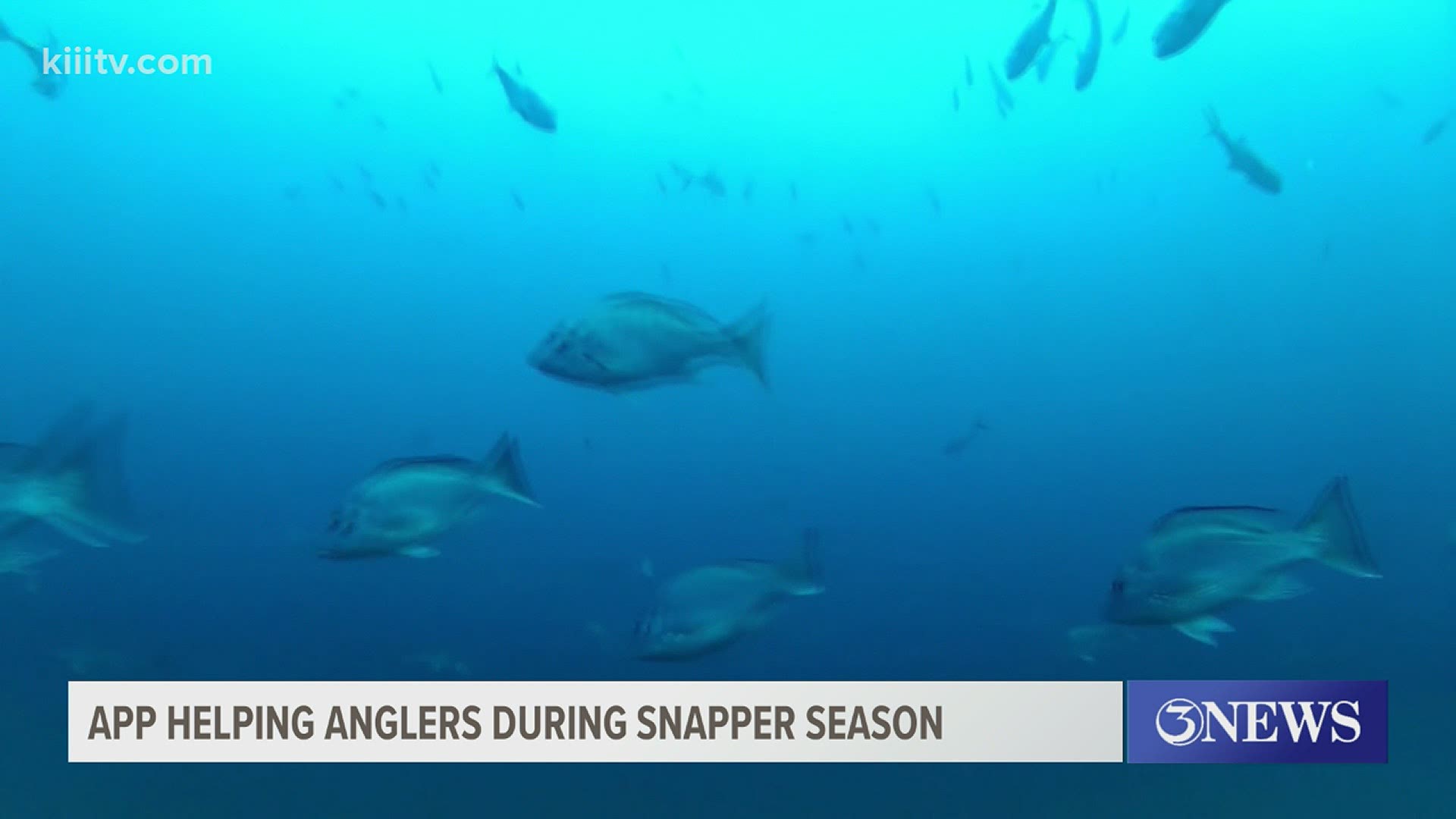 CORPUS CHRISTI, Texas — Red snapper season is in full effect and to help you keep track of the snappers you catch or don’t there’s something right at the palm of your hands, an app on your phone called iSnapper.

“iSnapper is really exciting because it allows private recreational anglers to report their catch instead of having to be creeld by parks and wildlife or some of the interns that we’ve hired on staff ourselves you can go ahead and submit your trip without having to go through the interview process,” said Tara Topping a Research Specialist at the Harte Research Institute and Project Manager of iSnapper.

iSnapper has been around for years and it allows anglers to track all kinds of fish found in the Gulf of Mexico. Topping says it helps both researchers and anglers.

“During the beginning of the pandemic which kind of coincided with the opening of snapper season it did appear that a lot of people were taking some snapper trips during the week,” said Topping.

As for this season they’re unsure of what the beginning will look like because of the weather and they’re also unsure of when the season will end.

“We’re not sure when the season is going to close however and that’s unique this year that hadn’t happened before and the reason for that is there’s a little bit of confusion as to what the quota will be for Texas,” said Topping.

Which is why Topping says it’s important for them to track the harvest.

“We don’t have a firm idea of what that total quota is for the state of Texas so rather than waiting on that Parks and wildlife said okay let’s open the season as usual on June 1 but we’re really going to monitor the catch and the harvest and we’re going to shut it down once it gets close to that quota number that eventually we’ll get,” said Topping.

Topping encourages anglers or what she calls citizen scientist to do their part.

“We look for them to supply us the data that we can’t get ourselves so there’s a lot more of them than there are researchers here at Harte, so we definitely look to the anglers for that help,” said Topping.