Working the family ranch or hitting in the cage is one in the same for O'Connor Panther Collin Rayburg. 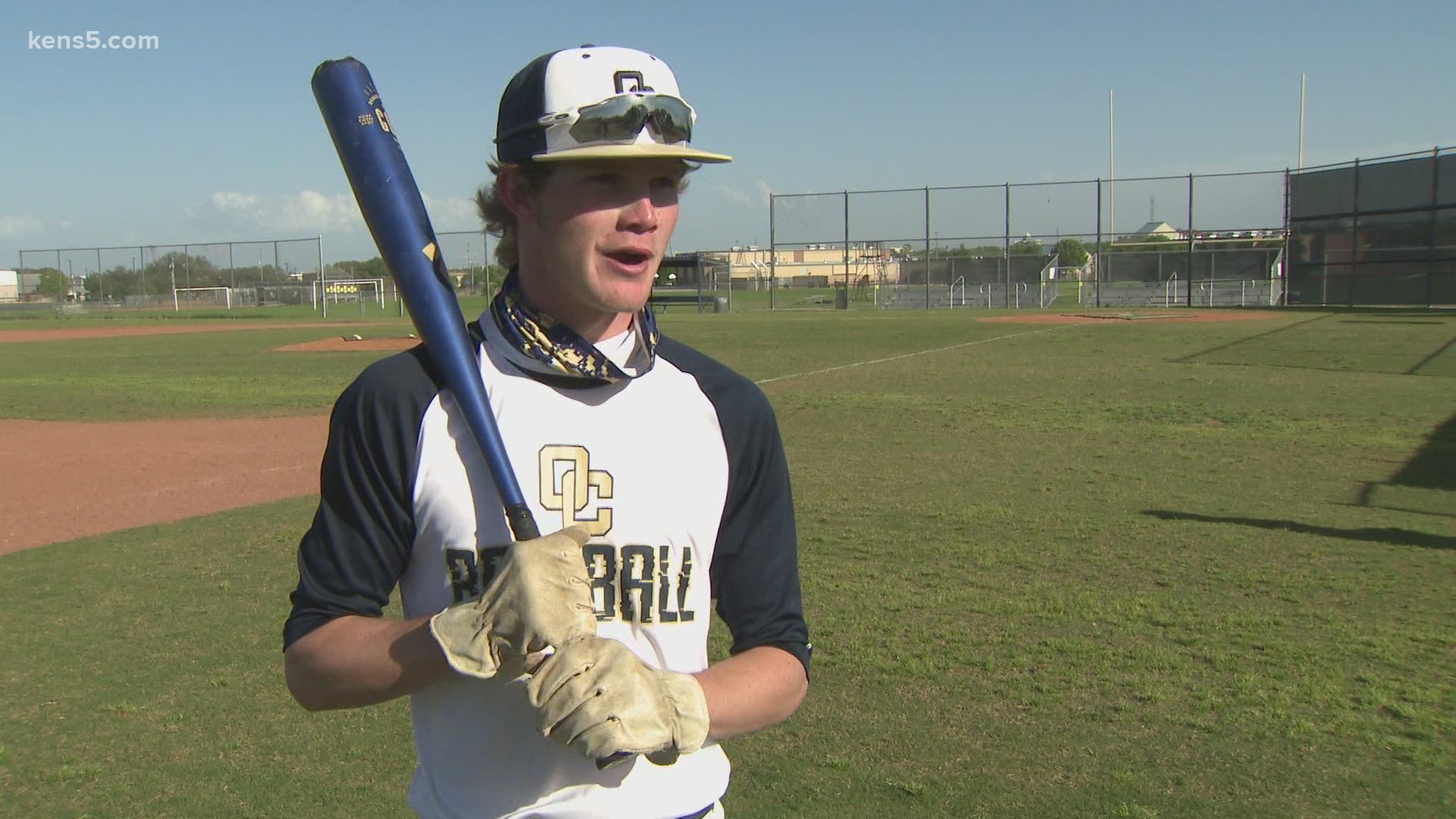 He has the most unusual batting gloves you'll ever see.

"Definitely a little bit strange, but, you know, they work for him," said infielder Derek Stumpf. "Whatever works (and) feels comfortable."

"I was using the everyday batting gloves that everybody wears, and they were ripping every month or so, and I'd have to buy another $40 pair," Collin said. "So I just went to Home Depot and got them for $10."

Collin studies agriculture at O'Connor, and with lots of "country boy" in his DNA. it all made sense.

"Yeah, I guess so," said shortstop Alex Lugo. "He farms lots, and that's his lifestyle."

"I'm from Castroville. I went to Medina Valley, which is an ag school, and I only saw work gloves when I was out working on the ranch," he said. "I do get it. It is a little unorthodox in the baseball world, but if it works him, it works.'

"I've had these since sophomore year and they are kind ripped up," Collin said.

He uses the working gloves for all his work, on the ranch and on the baseball field. I asked him where they work better, and answer was perfect.

"It depends on how I'm hitting," he said.

Opposing catchers sometimes notice the gloves, and ask him what he's wearing.

"They're not to pretty, but they work," he said.

The Panthers earned a postseason playoff berth on Tuesday and will look toward extending their season further this spring.