'He taught me to be strong' | Young J.J. Watt fan reflects on star's positive impact after release from Texans

Cristian Beasley first met Watt when he was 12 years old and battling Leukemia. They exchange texts even today. 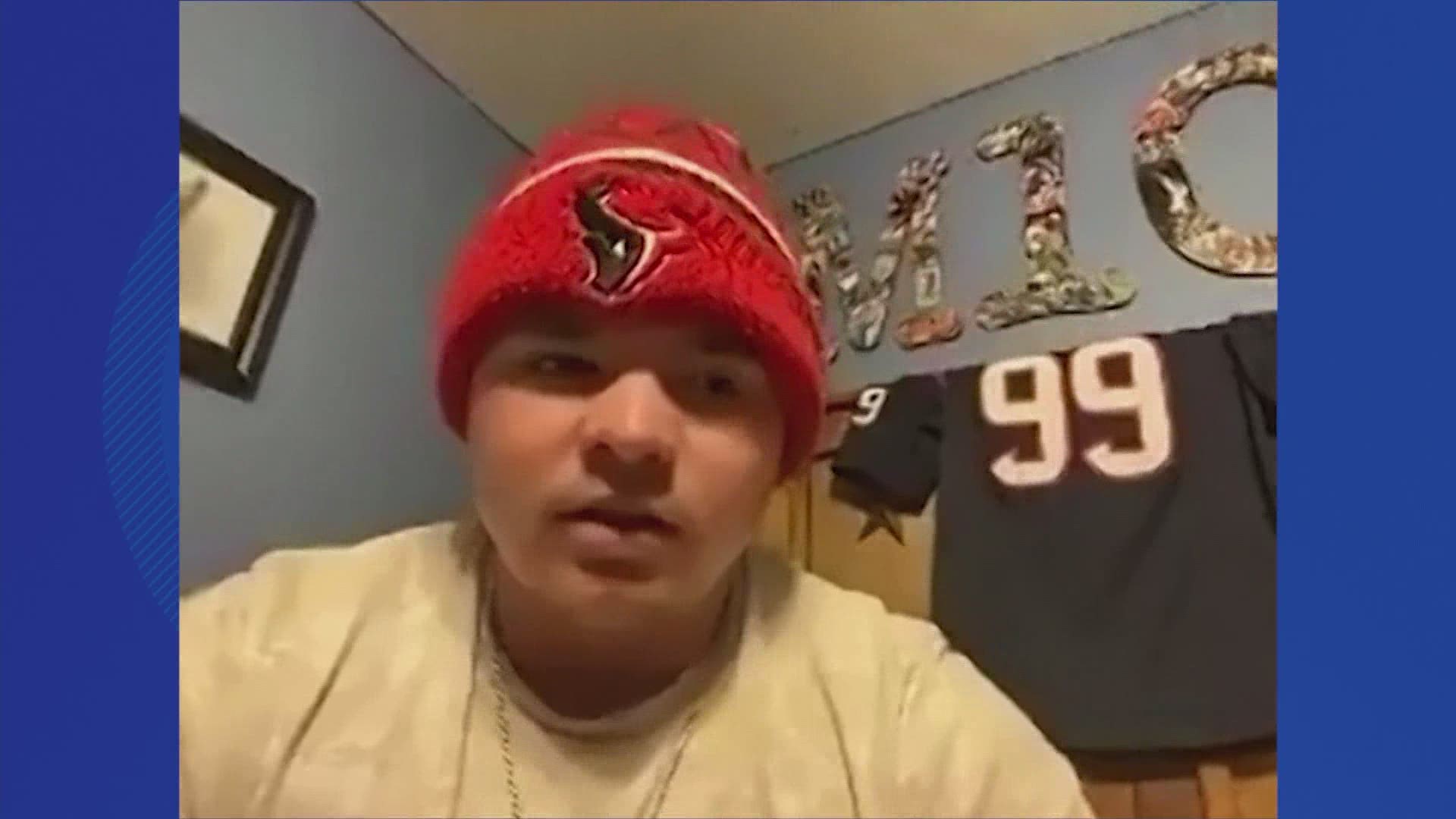 HOUSTON — One young man was lucky enough to meet J.J. Watt off the field. He says their first meeting was 8 years ago, and they are still in in touch today.

“It was not something I wanted to see. I kind of had a feeling it was coming,” said Cristian Beasley on Watt's release from the Texans.

Few people can say they have Watt’s cell phone number, but Beasley is one of them.

The two exchanged texts even today.

“He was thanking me. He said he appreciated me. I just didn’t even know what to say," Beasley said.

He first met Watt when he was 12 years old and battling Leukemia. Beasley had a robot he named “Watt” he used to attend school during treatments. The real Watt surprised Beasley and spent an entire afternoon at his house.

“He taught me to be strong, be confident," Beasley said.

They are lessons this now-cancer-free 20-year-old will remember from number 99.

“Watching him do what he does, it gives me motivation to be great at whatever I do in my life, and that will always stick with me," Beasley said.

Beasley told us he will follow Watt wherever he goes, and he hopes he gets a Super Bowl ring, because he deserves it.