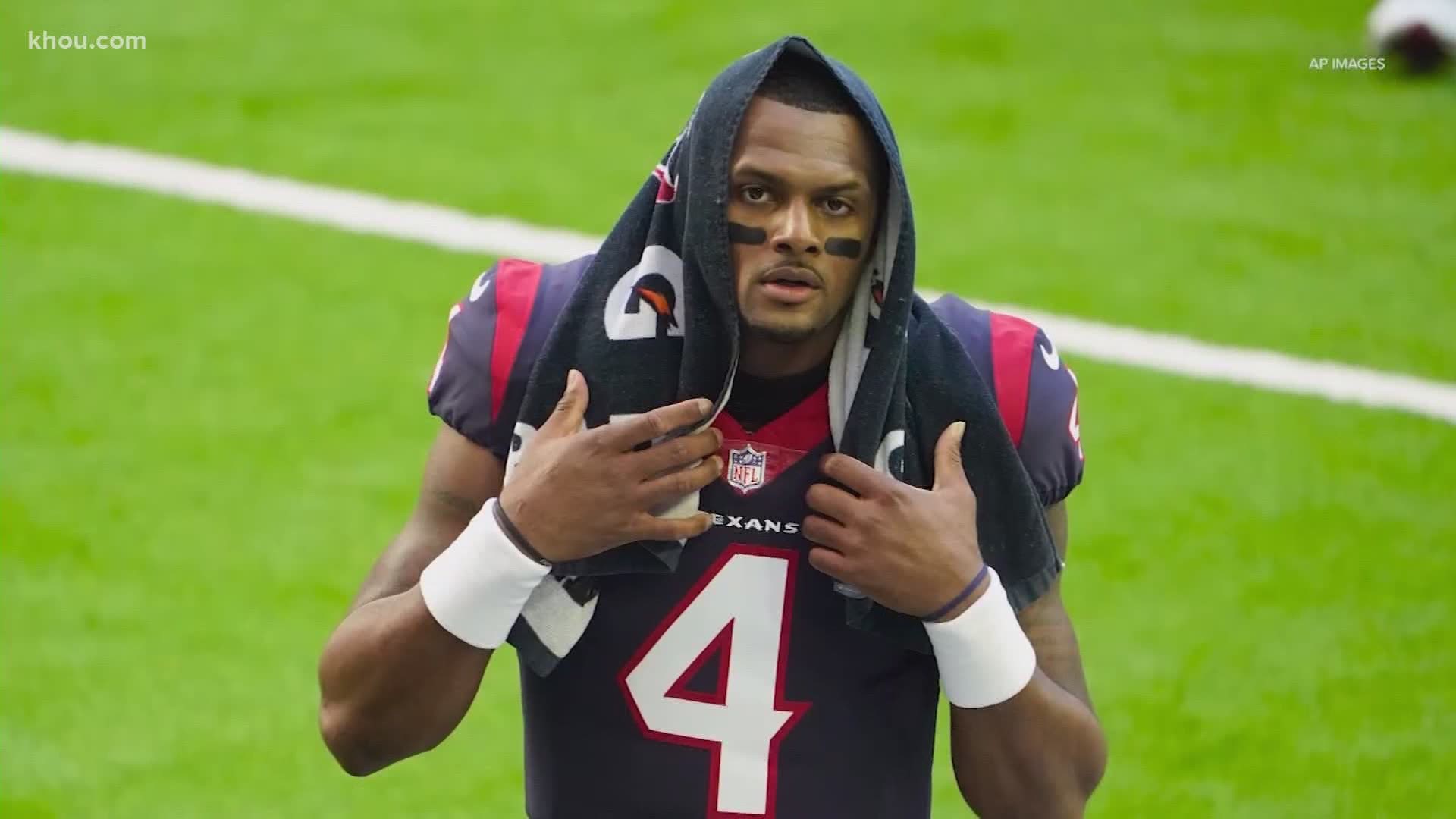 HOUSTON — Houston Mayor Sylvester Turner is weighing in on the biggest offseason story for the Houston Texans so far – the apparent rift between the team and their Pro Bowl quarterback Deshaun Watson.

Turner on Sunday tweeted that the city loves both the Texans and Watson and that he’s praying they can move forward together.

Houston loves @deshaunwatson and the @HoustonTexans. Houston is a great City that is hungry to back our players and team. As Mayor of a City that is second to none I pray we move forward together. st

Mayor Turner followed that up with another tweet later Sunday, saying how much he respects Watson as a player and a person and has seen how much he has done for this city.

I value @deshaunwatson as a player but I respect him even more as a person. I know he loves this City because I have seen how much he has given of himself and his treasure to people in this City. I am humbled to be his Mayor. I hope that won’t change anytime soon. st

Editor's note: Video above is from January 12

Turner's tweets come after reports that Watson wants out of Houston after not being consulted on the team’s hiring of new general manager Nick Cesario. Watson was also reportedly not happy that Houston didn’t reach out to Kansas City offensive coordinator Eric Bieniemy initially in their head coaching search.

The team has since interviewed Beiniemy, but according to an ESPN report, it may be too late for Watson.

Watson signed a four-year contract extension with Houston in September worth nearly $160 million. He has a no-trade clause, so if the team tries to deal him, Watson has a significant say in where he goes.

The Miami Herald is reporting that the top two teams on Watson’s wish list if he leaves Houston would be the Jets and then the Dolphins.

Last week, Houston Texans fans organized a march in front of NRG Stadium to show team management their support for Watson. When Watson learned of the march, he said he was flattered, but that he didn't want anyone to gather and risk their health on his behalf.

Earlier this month, Texans all-time leading receiver Andre Johnson had harsh words for the Houston Texans organization and Jack Easterby, in particular. He also had advice for Watson.

If I’m @deshaunwatson I will stand my ground. The Texans organization is known for wasting players careers. Since Jack Easterby has walk into the building nothing good has happened in/for the organization and for some reason someone can’t seem to see what’s going on. Pathetic!!!