Deshaun Watson threw for 159 yards, and Carlos Hyde had 90 yards rushing for the Texans. 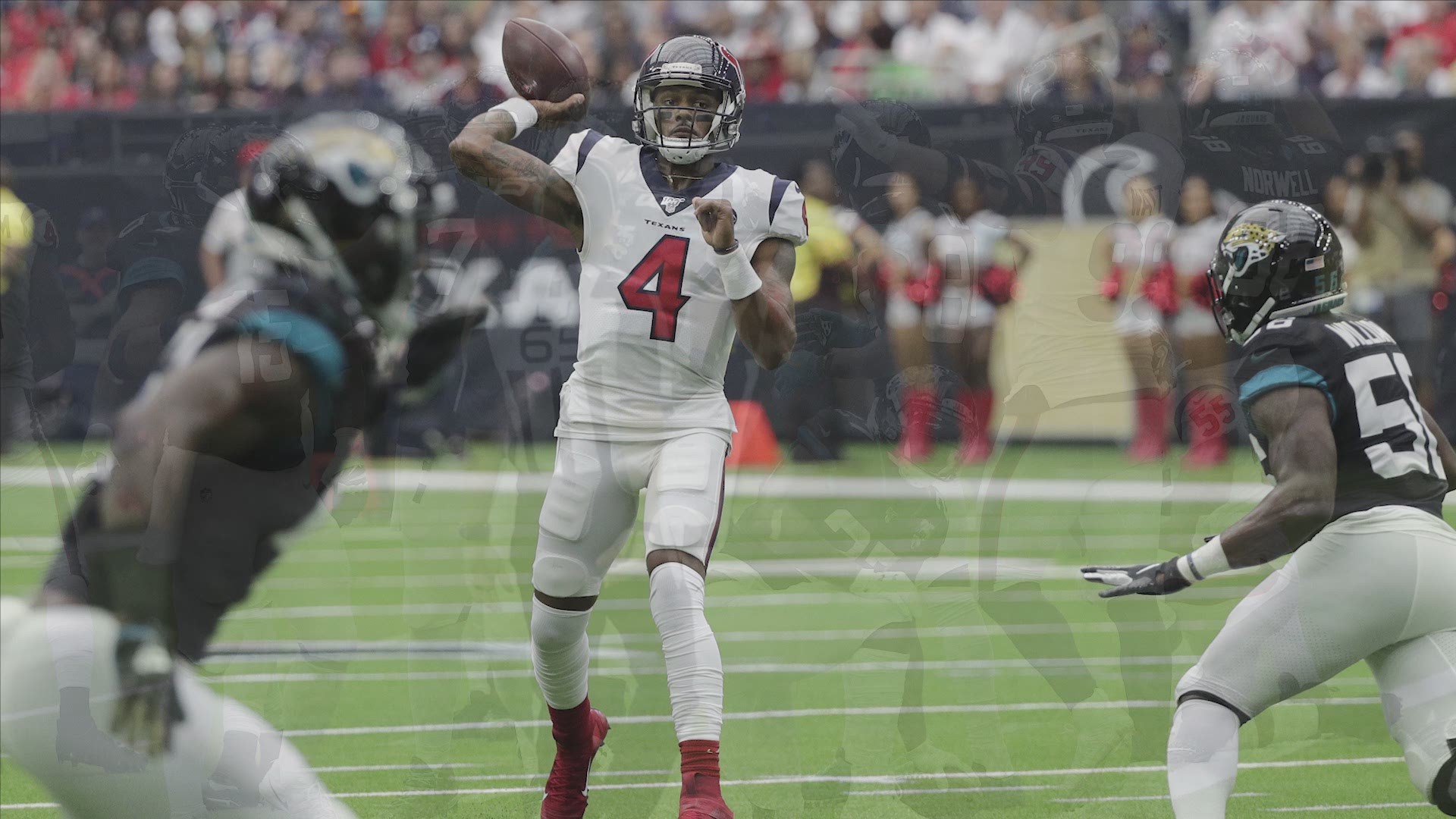 HOUSTON (AP) - Justin Reid stopped Leonard Fournette on a 2-point conversion attempt with 36 seconds left, and the Houston Texans held on to edge the Jacksonville Jaguars 13-12 on Sunday.

Houston led by 7 in the fourth quarter when Jacksonville rookie Gardner Minshew led a long drive that included an 18-yard run on fourth-and-10, and he capped it with a 4-yard TD pass to D.J. Chark.

Instead of trying to tie it with an extra point, Jaguars coach Doug Marrone opted to go for the potential win by having Fournette attempt to run it in for the 2-point conversion. But the big running back was stopped by Reid. The play was upheld by video review, giving the Texans (1-1) the victory.

Early in the fourth quarter, Whitney Mercilus used a nice spin move to evade a blocker and sacked Minshew to force a fumble, which was recovered by J.J. Watt on the 11-yard line. Carlos Hyde had an 8-yard run on second down, but was stopped short of a first down on the next play to bring up fourth-and-1. Deshaun Watson then scrambled in from 2 yards out for the touchdown to make it 13-3.

Watson threw for 159 yards, and Hyde had 90 yards rushing for the Texans.

Minshew, a sixth-round pick, threw for 213 yards and a touchdown for the Jaguars (1-1) in his first NFL start filling in for Nick Foles, who broke his collarbone last week.

After being sacked six times in a loss to New Orleans last week, Watson was sacked four times Sunday - marking the eighth straight game in which he has been sacked at least four times. That ties him with Blake Bortles (2014-15) and Jeff George (1997-98) for the longest streak of games with at least four sacks since it became an official statistic in 1982.

The Jaguars got to Watson on Sunday after failing to sack Patrick Mahomes in loss to Kansas City last week.

Houston acquired left tackle Laremy Tunsil in a trade with Miami on Aug. 31 after Watson was sacked an NFL-high 62 times last season, but so far he hasn't helped the quarterback take fewer blows.

Watt had a nice game a week after not getting a tackle or quarterback hit for the first time in 105 career games, and finished with two tackles, a hit on Minshew and the fumble recovery.

Along with Foles, the Jaguars were without four other starters as cornerback A.J. Bouye, receiver Marqise Lee, defensive end Yannick Ngakoue and left tackle Cam Robinson were all out with injuries.

Jacksonville star cornerback Jalen Ramsey was seen arguing with Marrone early in the first quarter and missed what looked sure to be an interception in the third quarter. Houston was up by 3 when Ramsey got his hands on a pass from Watson, but couldn't hold onto it. But the Texans couldn't keep the drive going and had to punt three plays later.

The Texans led 3-0 after a field goal with about two minutes left in the first quarter. Ramsey was apparently upset that Marrone didn't challenge a catch by DeAndre Hopkins on third-and-2 earlier in that drive and the two were seen yelling at each other on the sideline after that drive.

The Jaguars tied it with a field goal with about three minutes left in the first half.

Houston took a 6-3 lead into halftime thanks to another field goal as time expired in the second quarter. Kenny Stills had a 31-yard reception to get the Texans to the 4 with 16 seconds left. But they only got one play off after that before the field goal as coach Bill O'Brien didn't call a timeout despite having two.