The Texans take on the Chiefs in the Divisional Round of the 2019 NFL playoffs. 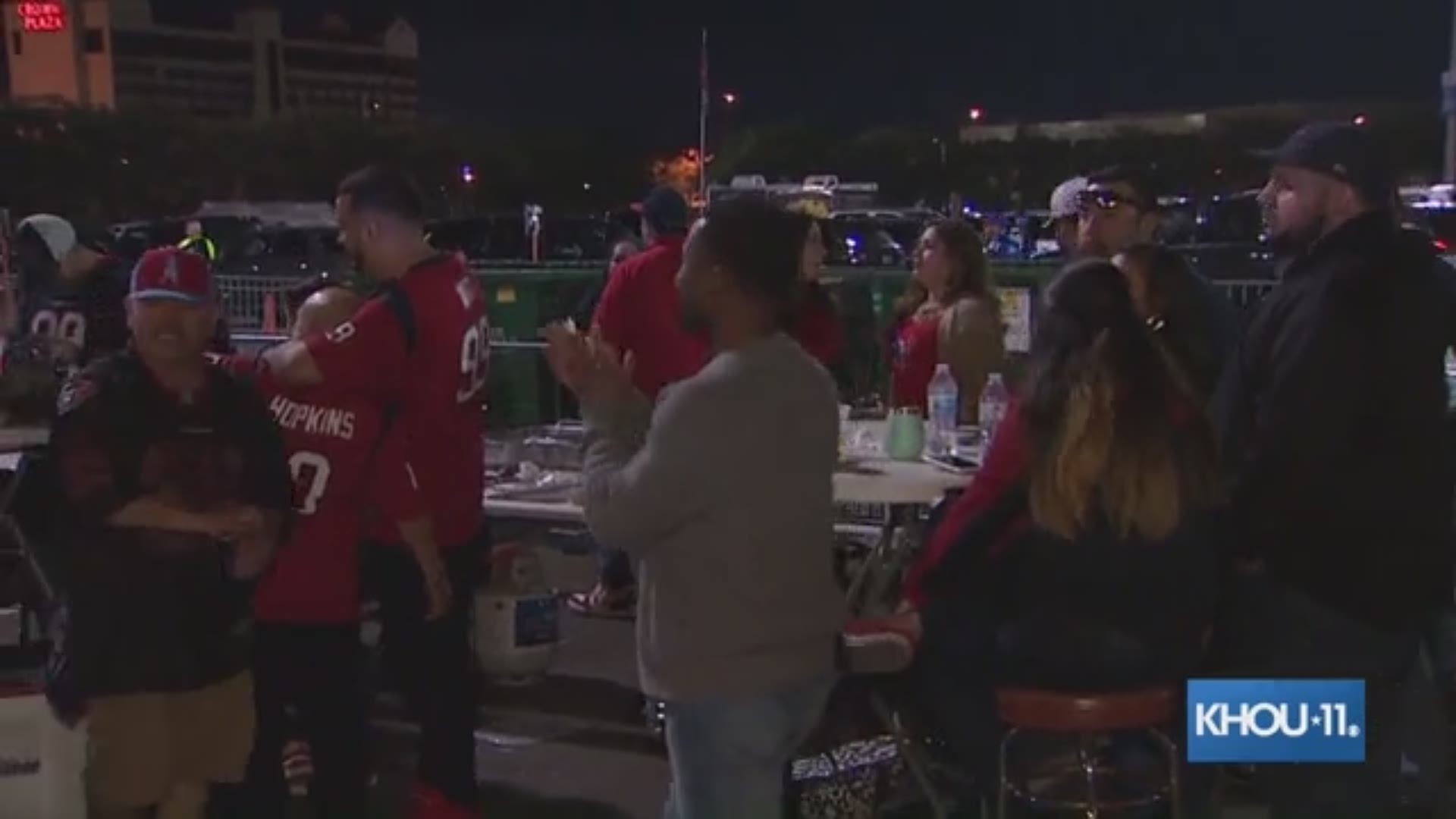 HOUSTON — The Texans take on the Chiefs this weekend in the Divisional Round of the NFL playoffs.

Houston and Kansas City are not strangers when it comes down to playoff matchups. In 2015, The Chiefs spanked Houston at NRG Stadium. Kansas City won 30-0. Knile Davis started the game with a 106-yard kickoff return and the Chiefs never looked back.

Here's a look at the position matchups ahead of Sunday afternoon's playoff matchup.

Watson and Mahomes are two of the brightest young signal-callers in the league right now. Mahomes, the league's reigning MVP, missed two games this season with an injury. Watson played in 15 games this season, sitting out the regular-season finale.

Williams and McCoy combined to run for 963 yards this season. Hyde alone ran for 1,070. Add in Johnson's 410 yards and Watson's 413, and you can see that Houston utilized a more efficient run game this season.

Houston also averaged 4.6 yards per carry to Kansas City's 4.2 over the course of the season. The Texans accounted for 59 more carries this season, so expect to see Houston lean on the run game in an effort to control the clock against the Chiefs.

Houston's All-World receiver Hopkins is one of the best in the game. He caught 104 passes for 1,165 yards and 7 TDs. He's Watson's go-to guy, and it's for obvious reasons. Fuller is the big question entering the game. Houston's passing attack is clearly more effective when he's on the field, and his availability will have an impact on the game. Stills is a solid complimentary pass-catcher, but Fuller's impact is substantial.

Hill and Watkins were a solid duo this season, combining for 110 catches and 1,533 yards. Hill is one of the league's best deep-ball threats and Watkins is a solid route-runner. Mahomes will be looking to get the ball to his playmakers early and often.

The Chiefs hold a massive advantage over the Texans when it comes to tight-end play. Kelce is one of the best TEs in the league. He caught 97 passes for 1,229 yards and 5 TDs this season.

Kelce is Mahomes' favorite target and expect to see Kansas City do their best to exploit the matchups across the middle throughout the game.

The Chiefs' offensive line gave up 25 sacks this season, compared to the Texans line that gave up 49. Some of Houston's sacks can be attributed to Watson's style of play, but it's well-documented that Houston's offensive line could use some improvement. Tunsil has been Houston's anchor and will be relied upon heavily to ward off Kansas City's pass rush and run containment.

Fisher was the top pick in the 2013 draft and is the stalwart of the Chiefs' line, but he did miss half the season with an injury. The performance of the Texans' offensive line will be a big factor in the game on Sunday.

Watt's return is huge for Houston's morale. His play is almost inconsequential, although he is a force to be reckoned with on the Texans' defensive line.

The Chiefs tallied 45 sacks this season, with Jones (9) and Clark (8) leading the way.

Houston racked up 31 sacks with Watt's four being the highest mark from a defensive lineman.

Houston's ability to fend off Kansas City's pass rush will be a big factor in the game.

Mercilus' play this season earned him a well-deserved extension in Houston. His 7.5 sacks led the team and he also had two interceptions and four forced fumbles. Cunningham (142) and McKinney (101) were the top tacklers on the Texans. Add in Jacob Martin's edge rush and Houston should be able to cause some problems in the Kansas City backfield come Sunday.

The Chiefs' linebacker unit was somewhat unspectacular this season. Hitchens led the team with 88 tackles and Wilson chipped in 81, but the duo combined for just 3.5 sacks and 9.5 tackles for a loss. Mercilus alone had 14 TFLs.

Tashaun Gipson Sr. led Houston with three interceptions this season, but he's done for the season after suffering an injury late in the year. Addae, Reid and Roby each had two picks and Joseph had one. To put it bluntly, Houston's secondary has been its Achilles Heel for most of the season. The Chiefs' secondary hasn't been that much better.

Mathieu had four picks and safety Juan Thornhill had three. Ward and Breeland each had two interceptions. Houston gave up an average of 267.3 yards per game while Kansas City gave up 221.4 per game. The Texans gave up 33 passing TDs to the Chiefs' 21. Houston had 12 INTs and KC had 16.

Houston will need to focus on not letting Mahomes take over the game through the air.

Fairbairn's short overtime FG last week sent Houston to the position they're in right now. He went 20-for-25 on kicks during the regular season. Butker converted 34 of his 38 field goals this season. Anger put 24 of his 45 punts inside the opponents' 20-yard line with an average distance of 46.5 yards per kick.

RELATED: Watson vs. Mahomes: How the young star QBs compare

RELATED: What time is kickoff of the NFL Divisional playoff games?

RELATED: How you can win a trip to see the Texans game against the Chiefs Sunday