It will be an emotional evening as the team plans to honor owner Bob McNair, who died Friday at age 81. 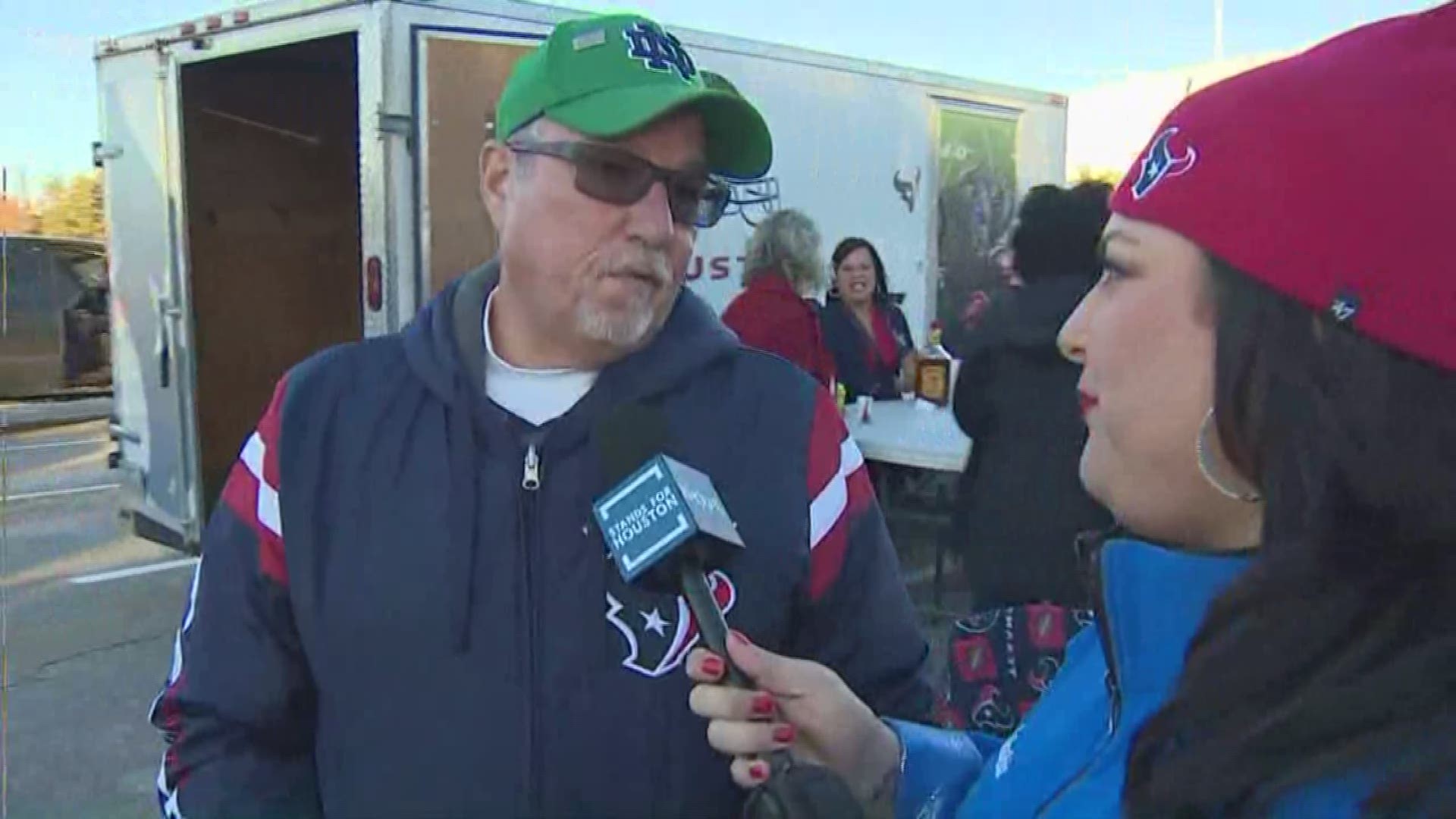 HOUSTON - The Houston Texans picked up their 8th-straight win Monday night with a 34-17 victory over the Tennessee Titans.

It was an emotional evening as the team honored owner Bob McNair, who died Friday at age 81.

The Texans wore stickers with the initials "RCM" on their helmets to honor McNair.

The same "RCM" logo was also painted on the field.

Coaches and staff wore red ribbons "as a symbol of Mr. McNair's courageous spirit and to celebrate his legacy."

Photos: Fans brace the cold weather to cheer on Texans before game vs. Titans

Photos | Fans brace the cold weather to cheer on Texans before game vs. Titans

1 / 29
Chloe Alexander
Texans fans tailgate in the cold weather before game vs. Titans

8 STRAIGHT! The Texans pick up their 8th-consecutive win this season.

The Houston defense is on fire tonight with six sacks and counting.

8:20 left - Deshaun Watson finds Demaryius Thomas again, this time for a 10-yard touchdown. Houston extends its lead to 34-17 over Tennessee.

12:23 left - The Texans get a big defensive stop on third down thanks to a J.J. Watt sack.

DeAndre Hopkins now has more than 1,000 yards on the season. Going into the 4th quarter, he has five receptions for 74 yards tonight.

4:59 left - Christian Covington with another sack! He has 2.5 so far tonight.

1:14 left - Christian Covington with another sack!

6:03 left - Christian Covington comes up with the sack of Marcus Mariota on third down.

9:42 left - The Texans stuff Luke Stocker for no gain on fourth down at the 3-yard line.

5:21 left - Deshaun Watson hits Demaryius Thomas for a 12-yard touchdown. Texans get on the board, still trail 10-7.

9:31 left - Marcus Mariota finds Jonnu Smith who runs the ball 61 yards up the middle of the field for a touchdown. Ryan Succop makes the extra point. Titans lead the Texans 10-0.

11:50 left - Titans get on the board first with Ryan Succop's 31-yard field goal. They lead 3-0 a little more than 3 minutes into the first quarter.

7:13 p.m. - The Texas A&M Singing Cadets perform "Amazing Grace" to honor the life and legacy of Bob McNair on the field before the game.

6:54 p.m. - Two of Houston's all-time best receivers -- Andre Johnson and DeAndre Hopkins share a huge on the field before the game.

6:05 p.m. - Christian Covington shares a sweet moment with a fan before the game.

5:07 p.m. - Some fans are sporting their own homemade "RCM" patches on Texans gear to honor the late Bob McNair.