A young cancer patient who had to evacuate from Houston to Omaha during Hurricane Harvey is excited to come back home after an invitation from J.J. Watt. 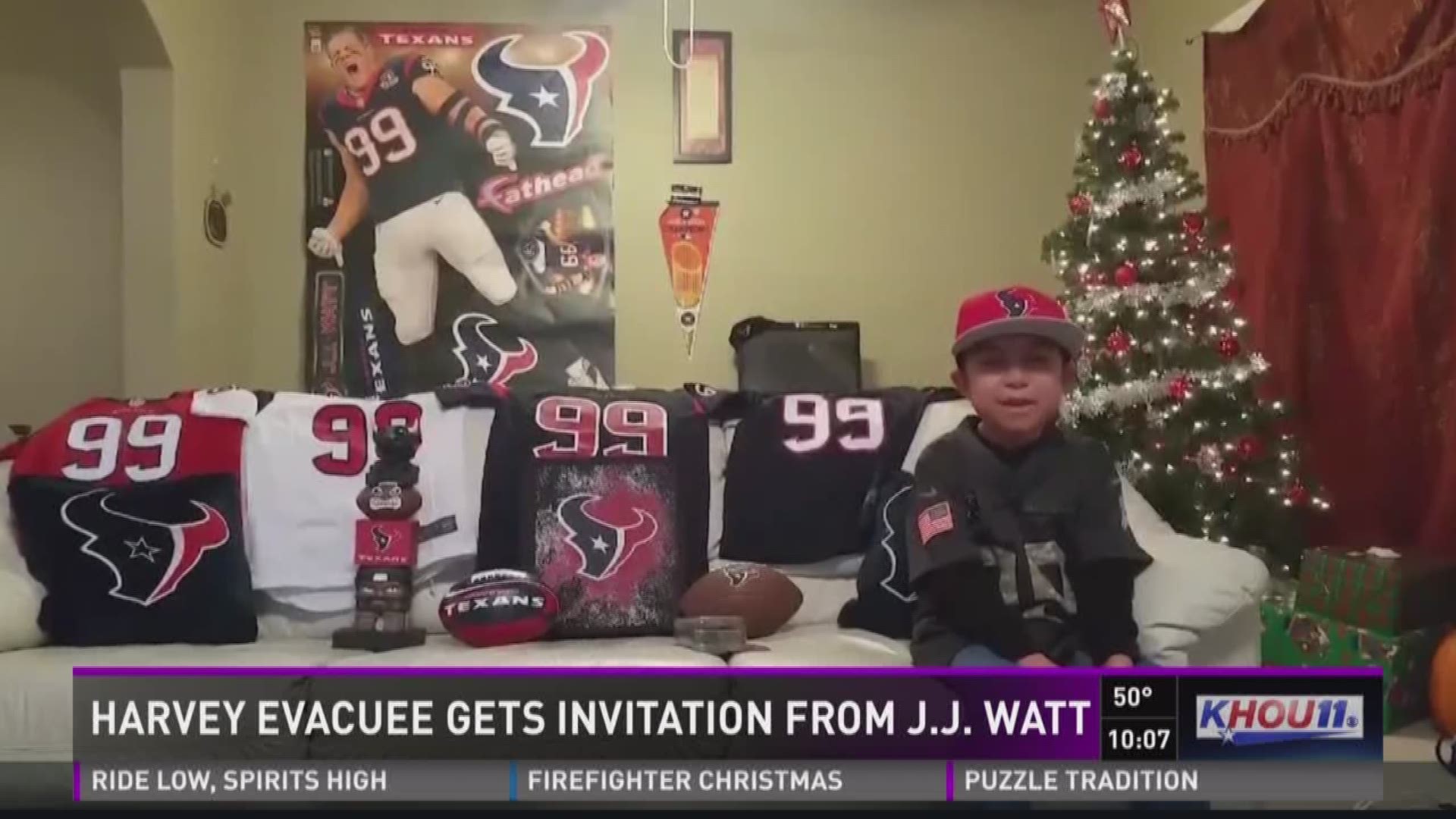 Evacuated by Hurricane Harvey, a 10 year old cancer patient had to move all the way to Nebraska to get care, and now that boy is cancer free and has the attention of his favorite Texans player.

It's hard to tell Santa what you want when all your dreams have come true.

"In my dreams, I really wish that you could meet me," Steven Garay said in a Twitter video to Texans' Defensive End J.J. Watt.

Laying on his parent's bed, with his sleeping brother in the background, Garay described what the past few months of his life have been like.

“When I found out I had cancer, I felt sick," Garay said.

Cancer was the result of several transplants the boy had years ago. Steven and his family had to be evacuated during Hurricane Harvey.

He then received chemo treatments in another state, but today, his pain is gone.

A kid, who is now cancer free - it's a victory that was heard all the way back home in Houston.

“Steven, I saw the video of you ringing the bell. It made me so happy," Watt said in a video to Steven. “I'm so excited for you. I just wanted to send you a quick video.”

So excited, Stephen had to reply.

“Thank you for tweeting me back because I didn't even know you were going to tweet me back," Steven said in the video.

Then, there was one final tweet from the football player.

“He said that he was going to let me be his special guest on the field next season," Garay said.

And a kid, cancer free, now has a bright, new year before him.

“I think it's going to be a whole new life," Garay said.

Watt is also promising to send Steven a special gift.

The family plans to move back to Houston some time next year.