'Thank you Houston. I love you' | JJ Watt asks Houston Texans to release him and they agreed

In an emotional message to the people of Houston, J.J. Watt said he is leaving the city he's grown to love because it's time to move on. 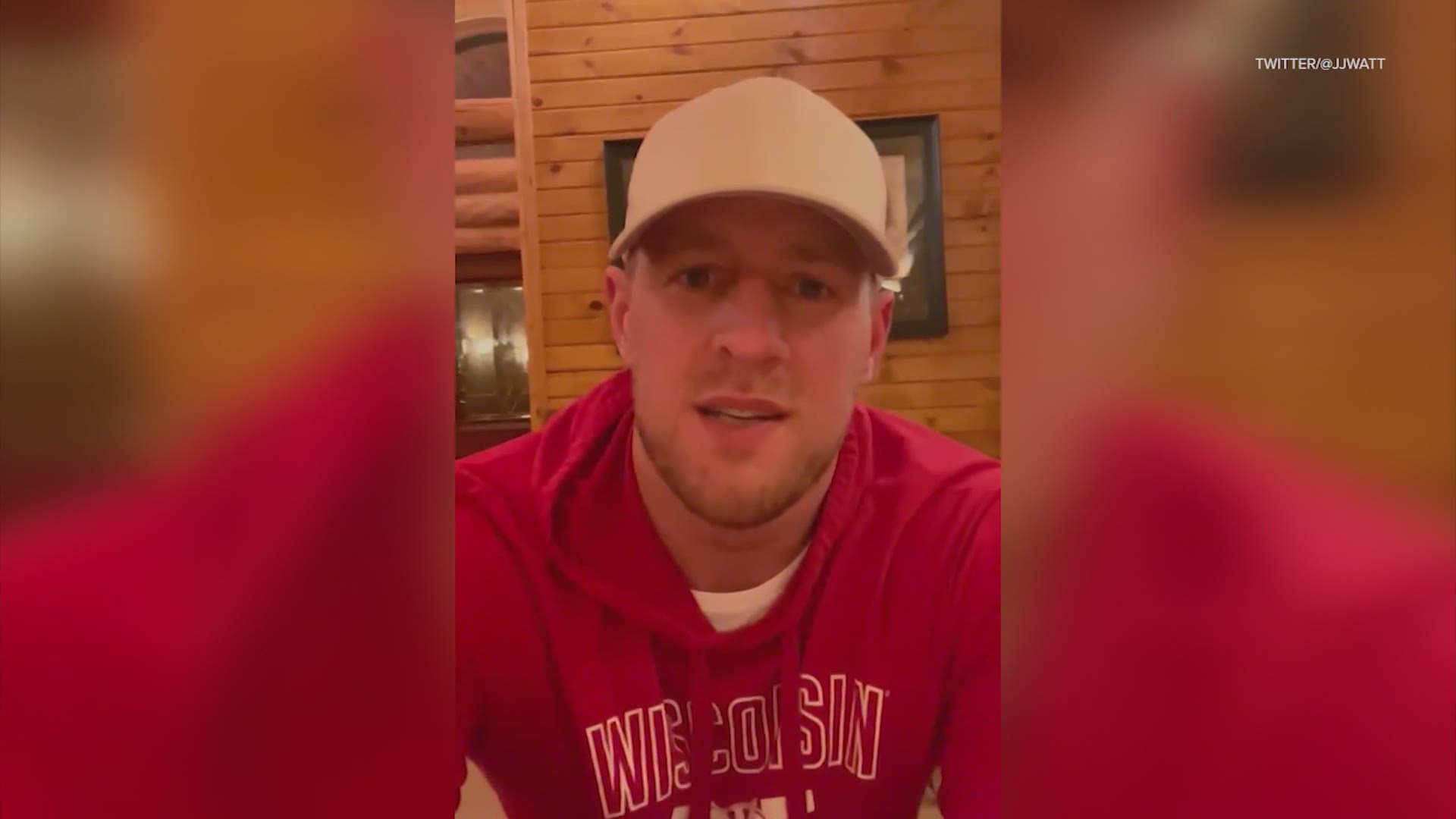 Watt announced via Twitter that he asked the McNair family for his release and they "mutually agreed to part ways."

The departure of the future hall of famer is the latest knife in the heart of Texans fans watching in horror as the team slowly implodes.

As a first-class champion on and off the field, Watt has become one of the most beloved athletes in Houston history.

In the emotional message, the three-time Defensive Player of the Year  expressed his love for the people of Houston.

“The city of Houston has been unbelievable to me," Watt said. “I just want you guys to know I love you, I appreciate you. I appreciate the McNair family for giving me my first chance in the NFL."

Houston, I wanted you to hear this directly from me... pic.twitter.com/YqT3P6Lb6l

The star defensive lineman said Houston fans have always treated him like family -- except draft night when they booed him, he joked -- and he truly feels like they're part of his family.

"I came here 10 years ago as a kid from Wisconsin who'd never really been to Texas before, and now I can't imagine my life without Texas in it," Watt said. "Since that day, I've tried to do everything in my power to work and earn your respect and try to make you proud on and off the field. You guys have given me everything and more and I can only hope you feel like I've given you everything I have."

"This is a very sad day for the city of Houston."@lockedontexans' @CotyDavis_24 reacts to the Texans releasing J.J. Watt and provides context for both sides. pic.twitter.com/N0pDvVrNYX

Watt said his connection with the fans here is special.

"I will never, ever take Houston for granted because I know how rare that is," he said. "Thank you, Houston. I love you."

Always a Texan. Thank you, @JJWatt.https://t.co/2RNwmXRdKZ

During the team's miserable 4-12 season, Watt's frustration was obvious.

After the loss to Cincinatti, he chastised unnamed teammates for their work ethic.

“We're in Week 16 and we're 4-11 and there's fans that watched this game, that show up to the stadium, that put in time and energy and effort and care about this. So if you can't go out there and you can't work out, you can't show up on time, you can't practice, you can't want to go out there and win, you shouldn't be here, because this is a privilege," Watt said at a post-game news conference. 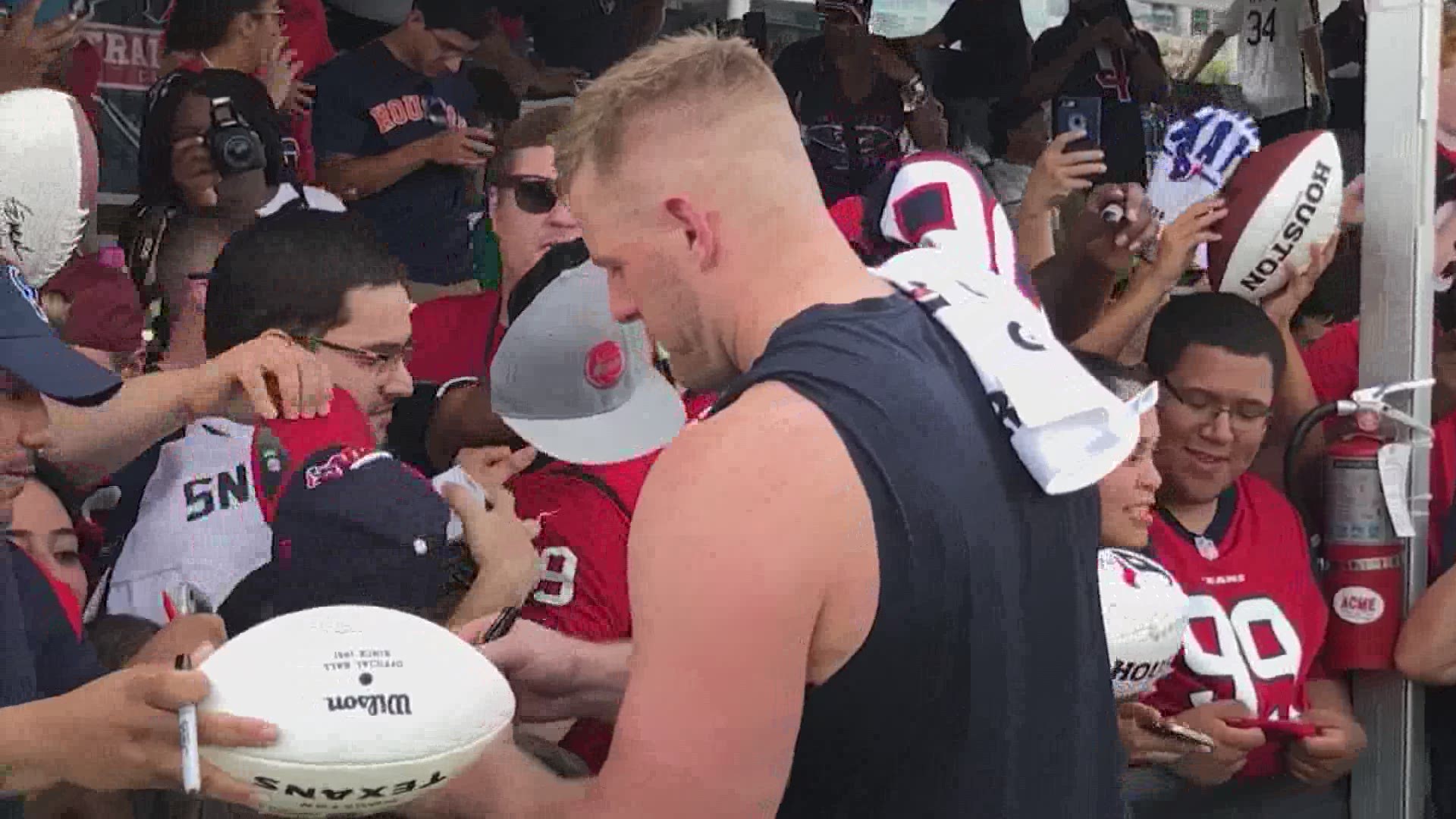 When the Texans lost the final game to the Titans, Watt was overhead telling quarterback Deshaun Watson, "I'm sorry. We wasted one of your years. We should have 11 wins."

A dejected Watson has also asked to be traded, but new head coach David Culley and GM Nick Cesario say he's still part of the team, as far as they're concerned.

Deshaun Watson and JJ Watt reflecting on the 2020 season. (via @NFLFilms) pic.twitter.com/6z7iV6EfBU

Watson was one of the first teammates to respond to Watt's announcement.

'Salute to one of the Greatest of All Time @JJWatt. I appreciate you for all the work you put in and more importantly the person you are," Watt tweeted. "Any team in the league will be better the day you out on their jersey! 1OVE my brother! MORE Glory"

Salute to one of the Greatest of All Time @JJWatt I appreciate you for all the work you put in and more importantly the person you are. Any team in the league will be better the day you out on their jersey! 1OVE my brother! MORE Glory 🙏🏾

Watt's final season as a Texan wasn't all bad. The Texans legend recorded his 100th career sack during a 27-25 win over Jacksonville, only the 35th player in NFL history to reach that milestone.

Watt’s six-year, $100 million contract expired after the 2021 season. He was due a non-guaranteed $17.5 million base salary, meaning the Texans could cut him loose without paying him anything.

"Change is never easy, especially when it involves the ones you love. J.J.'s impact on not only our organization, but the entire Houston community, is unlike any player in our franchise's history," said Texans owner Cal McNair in a statement released by the team. "I told J.J. earlier this week that we will forever consider him a Texan. We take solace in knowing that this is not a goodbye but a 'see you soon.' For now, we will build upon the foundation that J.J. created here and forge ahead with our unwavering mission to bring a championship to our city, create memorable experiences for our fans and do great things for Houston."

“Simply put, there has been no person in the past decade who has made a greater impact on the Texans organization than J.J. Watt,” said Co-Founder and Senior Chair Janice S. McNair.

Watt is now free to sign with any team and says he's excited about the future.

And now a bunch of NFL teams and their fans are excited about the possibility of having a future that includes J.J. Watt.