The signing is a homecoming for the NFL veteran who played for The Woodlands High School. 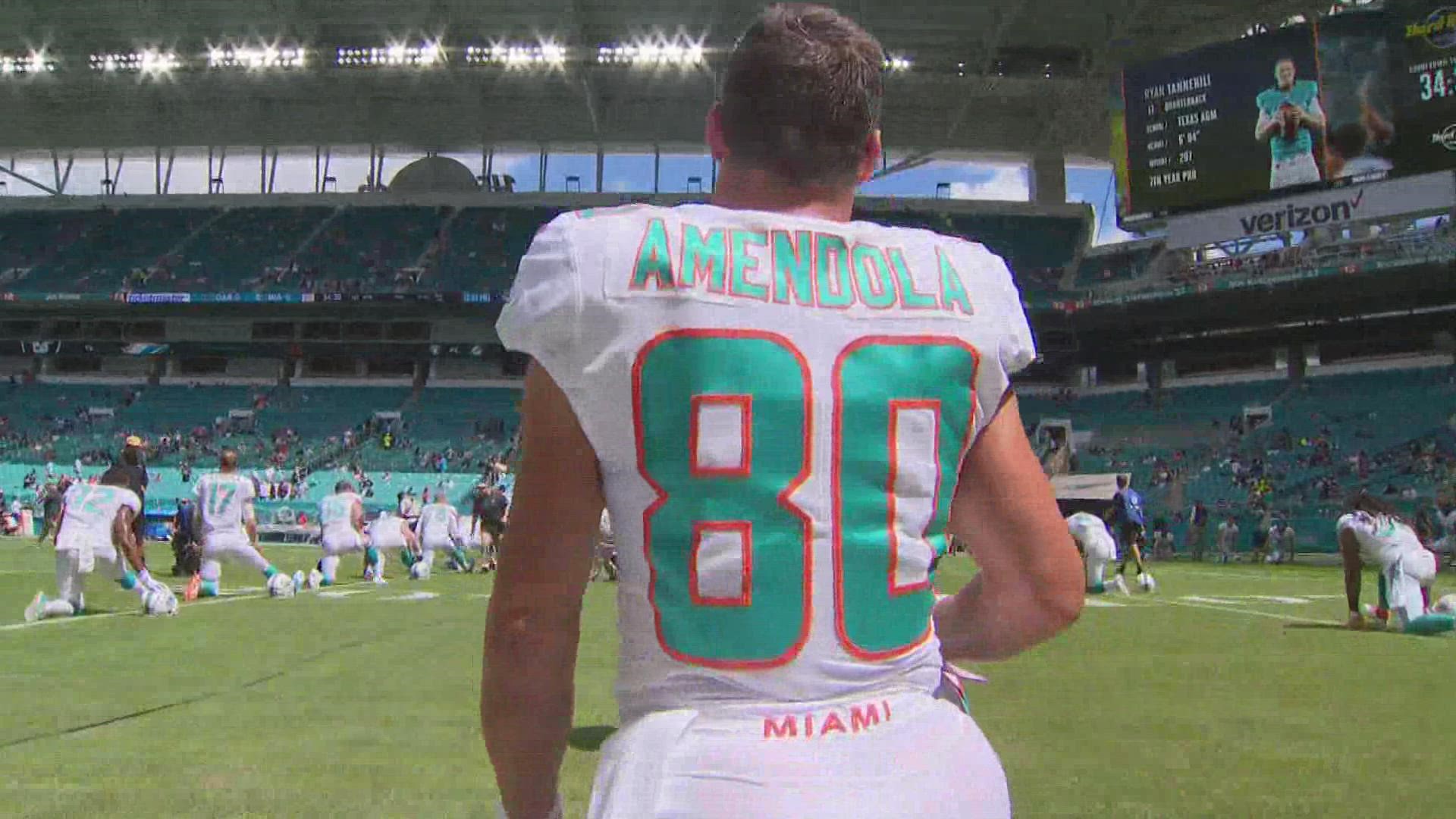 HOUSTON — The Houston Texans added a hometown hero and a Super Bowl champion to their receiving corps Tuesday heading into opening of the NFL regular season.

Veteran receiver Danny Amendola, who played his high school football in The Woodlands and collegiately at Texas Tech, signed a one-year deal reportedly worth $2.5 million, according to the NFL Network’s Tom Pelissero.

Amendola spent the 2020 season with the Detroit Lions where he caught 46 receptions for 602 yards.

Prior to joining the Lions, he spent one season with Miami Dolphins.

Amendola is most remembered for his time with the New England Patriots where he spent five seasons and won two Super Bowls.

During his NFL career, Amendola has appeared in 155 games and caught 593 receptions for 5,964 yards and 21 touchdowns.

Good people, the Amendola family. I know pops has to be happy his son is coming back home to play. https://t.co/IysneBkhtg