Staubach excited for Army-Navy game, catches up with Dak Prescott 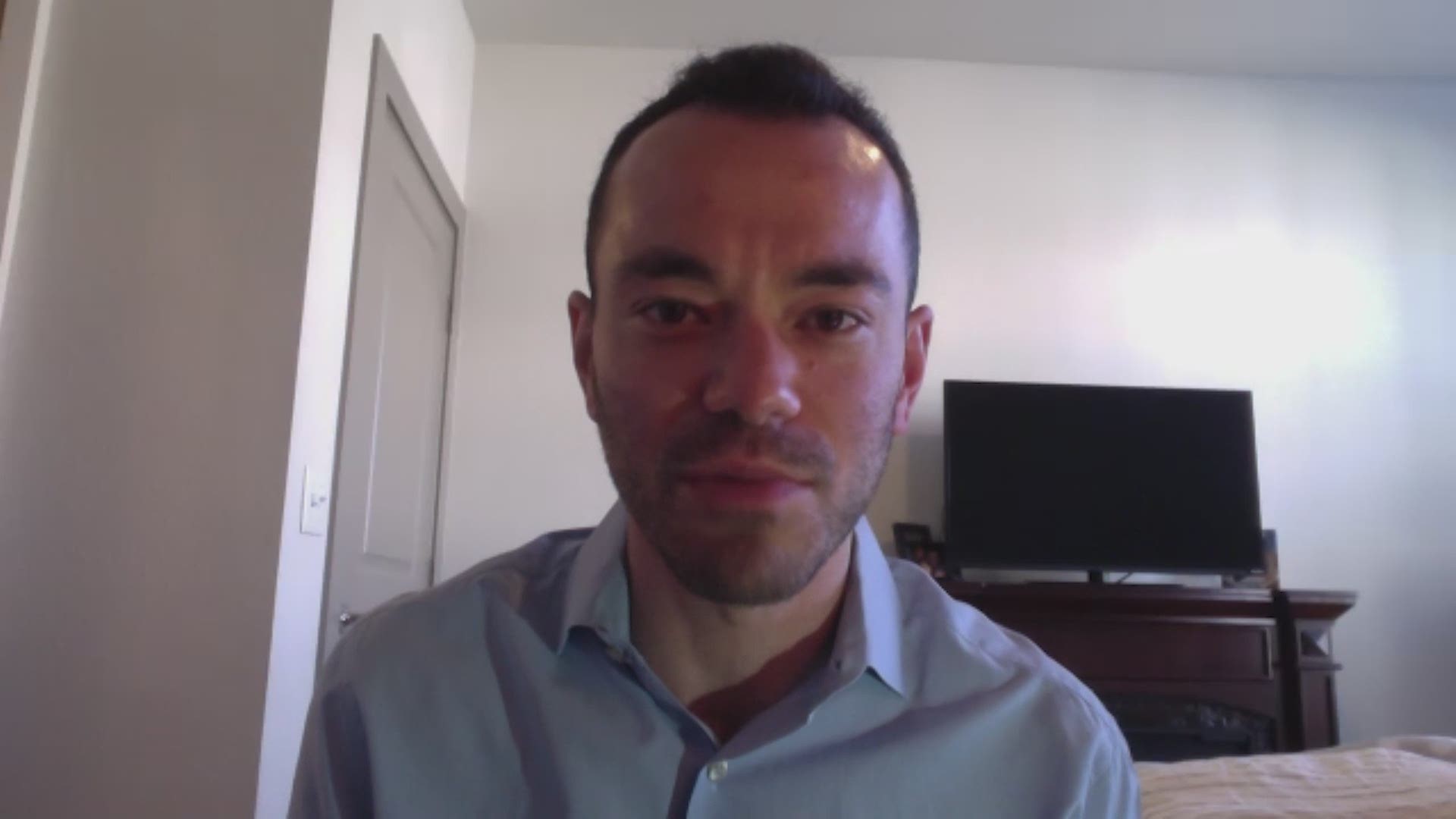 SAN ANTONIO — Evan Closky: Just what are the emotions you're feeling when the Army Navy game is coming up?

Roger Staubach: "Well, it goes all the way back to when I was a kid, and I feel that people still to this day, I didn't want to miss the Army Navy game. This goes way back into the 50s and growing up as a kid. When I went to high school, I wasn't sure – and I didn't really play quarterback until my senior year in high school – so I realized that I was a decent quarterback and Navy started talking to me and and all of a sudden I'm thinking, 'Yeah, geez. The Army-Navy game.'

"The Army-Navy game was part of my life as an athlete growing up. I wanted to go visit Navy and and they they had me go up there and I that's when I said I want to go to the Naval Academy. I think it all started as just a kid watching it on TV."

EC: What's your fondest memory of the Army-Navy game?

RS: "Well the fondest has to be the (1962) game. It was the first one I played in and I was a sophomore. Back then, the freshmen couldn't play varsity football. So the next year I was playing in the Army-Navy game.

"The Army-Navy game as a freshman or Plebe at the Naval Academy was a big deal. So my sophomore year, I'm now the starting quarterback and it was really a heck of a game and President Kennedy was there, 100,000 people, and I was a nervous wreck. More nervous for that game than any game I've ever played in.

"I ran for two touchdowns and threw for two touchdowns. So it was one of the best games I've ever played in that Army-Navy game. I was more excited after that game than I was other than maybe a Super Bowl with Dallas. When we won that game, President Kennedy was in the locker room and I had a chance to meet him. So, that was the beginning.

"Then the next year, we were the one of the top teams in the country and we beat Army 21-15. The following year we lost to Army. So we we won two out of three. If you were 0-9 and you beat Army, you had a successful year (laughs)."

For the first time since 1943, the Army-Navy Game will take place at West Point.

Here is a look back at the last time America's Game was played at Michie Stadium. #ArmyNavy | @USAA pic.twitter.com/DEk2pJMclb

EC: That's why we love college rivalries so much. It is kind of an interesting scenario with the game being at Army in West Point. Usually we're on a neutral field for this type of game. First off, what are you doing with the Army-Navy game, with these sweepstakes and then also what's it going to be like having the game on campus for one of these academies?

RS: "Well, the sweepstakes are going to be fun, it'll be called ArmyNavyHouse.com and you upload a photo that shows off your Army or Navy fandom or your favorite Army-Navy memory and you will be entered for a chance to win. Then the  Army and Navy winner will be taken care of for next year when the game goes to New York. So it'll be a fun thing.

"Watching the game, for me, at West Point, I remember I watched that (1943) game the last time they played at West Point. Just kidding. I was 1 year old at the time (laughs)."

EC: I was questioning it, but I didn't want to call you out on it (laughs).

RS: "I was on the baseball team, so we played baseball at West Point and we also had exchange weekends. So I saw the campus, but Navy hasn't played there since 1943 so it'll be very exciting. Especially with what's going on in this crazy world right now. People are looking to divert themselves from worrying about the virus and watching the Army-Navy game, as a kid even before I wanted to go to Navy, I really look forward to the Army-Navy game and I'm looking forward to the one on this Saturday."

EC: There's nothing that rallies this country more during the collegiate football season than the Army-Navy game, and especially here in San Antonio—Military City, USA. I know we are all pumped up for the game. Also Military City, USA, we are huge Cowboys fans down in San Antonio. So I'd be remiss not to ask you just your thoughts on the Dallas Cowboys and what this season has been like?

RS: "Well, it's a good football team. They just haven't put it all together. The offense with Dak was looking pretty good. They had good receivers, Zeke, and then Dak got hurt. All of a sudden the defense started to get with it. So, it's really been a mixed bag this year.

"They played by the Steelers well. They've got some good things going. They're still fighting for a chance to win division...I've always felt I was very fortunate to have 11 years with the Dallas Cowboys and living in Dallas. And San Antonio. I've spent a lot, a lot of time in San Antonio, which is a great city. My uncle used to live there. We grew up in Cincinnati, Ohio, but my uncle, my dad's brother lived he was a military guy. He lived in San Antonio and we could not wait for him to come back to Cincinnati. And he always bring us gifts or something. So San Antonio was always popular in my life."

EC: When you're watching those Cowobys games, are you still as jacked up as you were when when you were playing for them?

RS: "Well, the Naval Academy and Dallas you know, I'm a fanatic on the both teams every week. You know, early on in the year, both teams won and that was a great weekend. Next weekend they both lost. So, it's a miserable feeling.

"You really should ask my wife how much I like for the Naval Academy and for the Cowboys winning. It's part of your life. I understand how important a game is to people that were watching me play, too. I mean, they love the team and the fight. I'm just a spectator out there pulling hard for the Cowboys and for the Navy guys, and it's fun, but it's not fun. It's fun when we win and not fun when we lose."

EC: Just as a former Cowboys quarterback, when you saw Dak go down and now he's working his way back, what were you feeling for Dak Prescott in that moment? And what are your thoughts about him in recovery and the optimism you have for him moving forward that he'll be able to be the quarterback that we all know and love on the field next season?

RS: "Well, the team loves him. He's a leader. He's a heck of a quarterback. I did get a chance, I don't know him that well, but I've talked to him a few times and when he got hurt...in 1971 we had won the Super Bowl and then in 1972 I tried to run over Marlin McKeever in the exhibition game at the start of the '72 season and separated my right shoulder.

"I think I mentioned, you know, it seems like it's going to be here forever, but I did that a long time ago and you're going to get over this thing. I missed almost that whole year and he'll miss this year, but he'll be back coming strong and he is really fired up. I mean, he's competitive saying he knows he's going to get healthy again. I just told him that I was out for season, too and that's the only time I really missed a whole lot of games.

"He just wants to get back playing and that's good because I think he's the Cowboys quarterback for a long time. I'm not negotiating his contract or anything. I think they'll get all that straightened out, hopefully."