'Teddy! Teddy!' Saints fans are all about Bridgewater 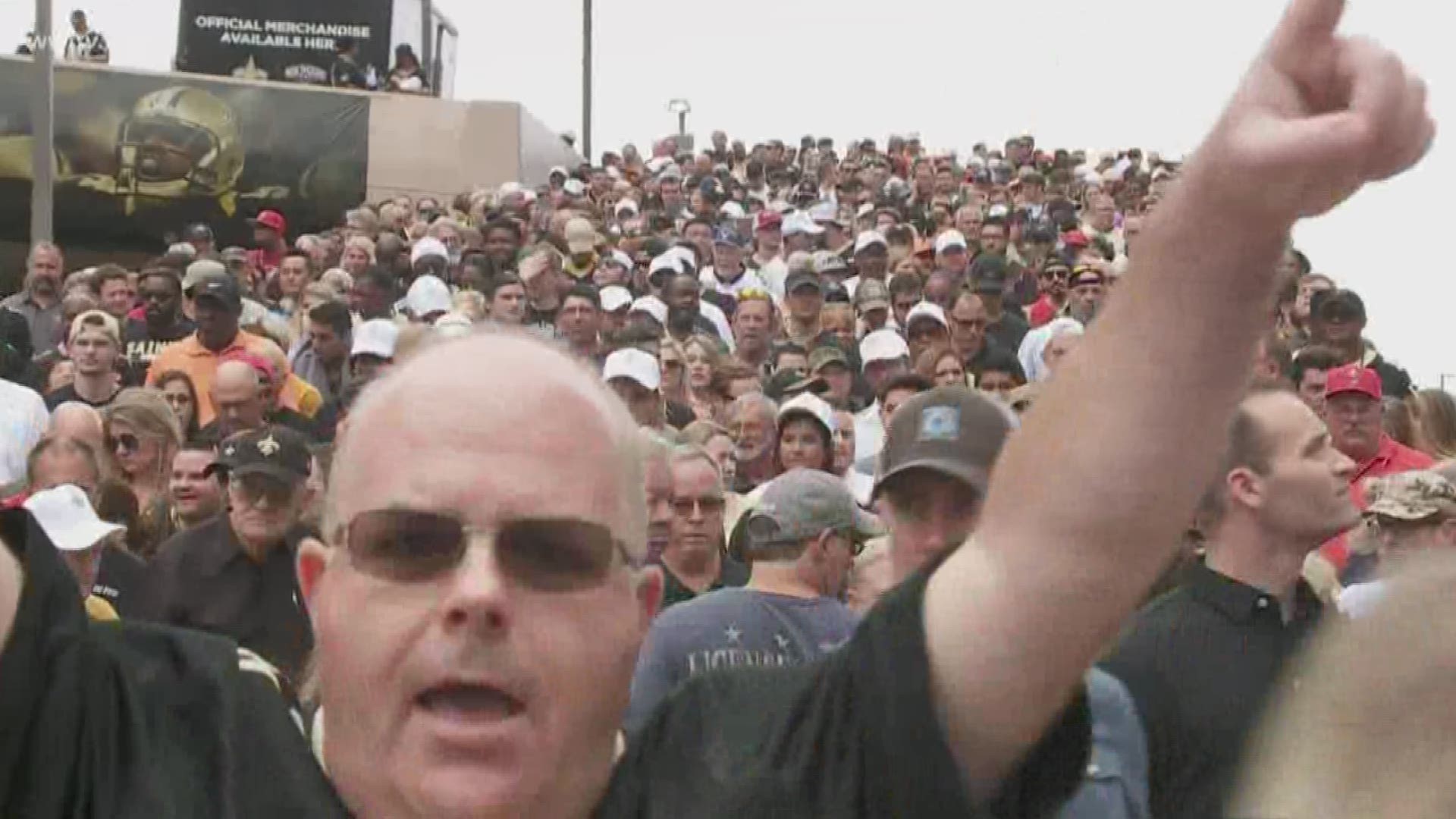 NEW ORLEANS — 'Who Dat' isn't the only thing Saints fans were chanting as they left the dome Sunday afternoon. Teddy Bridgewater was getting a lot of love and appreciation after leading the team to victory. The Saints, now 4-1, got another win with Bridgewater as QB.

Drew Brees has now been out for three full games, but fans are gaining confidence in their backup.

"Thank you Teddy, you are the man," another fan said.

Fans are feeling confident and believe Bridgewater will keep the Saints a winning team until Brees is back on the field.

"Teddy was ready. We just hadn't seen him yet, but he performed. When you give anyone the opportunity to do what they can do, they perform," one fan said.

The defense showed up in game 5, with six sacks.

"Off the chain, number one defense in the country," one fan said.

To these fans, this isn't just another win. It's more evidence that just maybe, this is the year the Saints will go all the way.

"This is our year because we have been robbed for the last two years. We not getting robbed no more. This is our year," one fan said. "We are awesome.'