Forecast: This might be the most fun Saints team ever

Forget surviving, the Saints are thriving 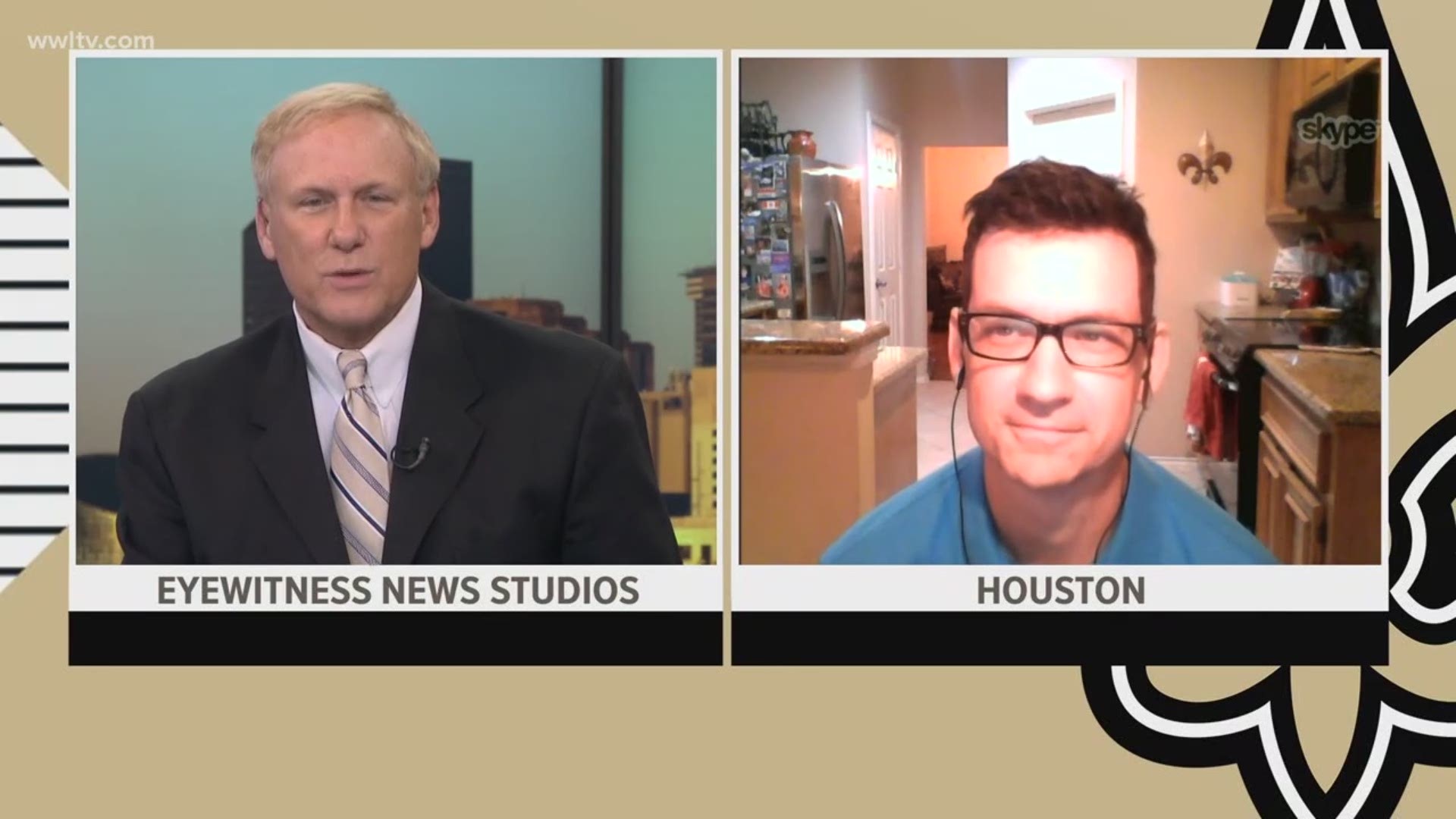 NEW ORLEANS — When Drew Brees went down against the Los Angeles Rams all I wanted the New Orleans Saints to do is survive and be in contention when Brees returned.

Instead the Saints have gone 3-0 without Brees, and from the moment Deonte Harris returned a punt for a touchdown in Seattle, this might be the most fun three weeks of regular season football I can ever remember experiencing as a Saints fan.

Forget surviving, the Saints are thriving, and the Super Bowl dreams we all had to start the season are very much alive.

The Saints, with their backup quarterback, looked like the best team in the NFL Sunday while defeating the Tampa Bay Buccaneers 31-24.

The Mercedes-Benz Superdome crowd got swept up in the fun and broke out a “Teddy! Teddy!” chant multiple times Sunday. Only time will tell if the 2019 Saints will end up having a special season, but these last three weeks have been as merry as Bourbon Street during carnival season. New Orleans knows how to maximize our fun.

RELATED: 'Teddy! Teddy!' Saints fans are all about Bridgewater

There's something so freeing as a fan when the weight of high expectations are removed, isn't there? When Teddy Bridgewater became the Saints quarterback we all hoped it'd be ok but none of us knew what we were in store for. All the Saints did was topple the undefeated Seahawks, undefeated Cowboys, and then have Bridgewater throw for 314 yards and 4 touchdowns.

Teddy, might have felt like a passenger on the Saints previous two wins, but Sunday he looked exactly like the kid Minnesota drafted out of Louisville to be a franchise quarterback. He's still only 26. Leave the arguing over if Teddy is a worthy successor to Brees to social media and just relish a guy who gives every impression he's enjoying this moment every bit as much as us.

The Saints offensive plan involved cutting out penalties and throwing to Michael Thomas over and over. Can we take a moment to ponder if Michael Thomas is indeed a football super hero?

Thomas has lost the future Hall of Fame quarterback that was throwing to him, and he hasn't declined in performance by even 1%? What the heck is this madness? Thomas had 11 catches for 182 yards and two scores. The Saints offense at times feels like it's nothing but “get the ball to Michael Thomas and Alvin Kamara” and yet Tampa had no earthly idea how to stop it.

RELATED: What they're saying nationally about the Saints after win over Bucs

Michael Thomas is officially the best receiver in the NFL and his 20 million dollar a year salary feels like finding a Vincent Van Gogh painting at a flea market. We know 2019 is going well when the 100 million dollar receiver feels like a low cost deal.

While 16 of Bridgewater's 26 completions went to either Thomas or Kamara we finally saw signs of life from other Saints receivers. Ted Ginn Jr. and Jared Cook combined for 6 catches, 76 yards, and 2 touchdowns. It's not Pro Bowl level production, but compared to the previous three weeks it felt spectacular. Progress.

The Saints can stake their claim to being the best team in the NFC because their defense is putting together something extraordinary.  New Orleans sacked Jameis Winston six times and are currently 6th in the NFL with 16 quarterback sacks. The scary thing is, the Saints haven't even begun the part of their schedule where they face teams with bad offensive lines.

Marcus Davenport did this to Bucs offensive tackle Demar Dotson, and I'm pretty sure in 43 states it might be felony assault. If Davenport is going to do THAT on the regular, Sheldon Rankins gets back close to his 2018 level quickly, and Cam Jordan just does Cam Jordan stuff, the Saints are going to be a top 5 defense in the NFL.

Lattimore and Eli Apple are the best set of corners the Saints have had since 2013 when Keenan Lewis and Jabari Greer where defending receivers, but Marshon and Eli have a much higher ceiling. The Saints defense is also a brick wall against the run when needed.

In 2019, NFL defense is about hitting the quarterback and defending the pass. Ask Dallas if getting into a defensive grudge match works out well against the Saints.

Two of my favorite Saints seasons are 2006 and 2010. 2006 because it was the return to New Orleans after Hurricane Katrina, but also because we went into it not knowing what this new pairing of Sean Payton and Drew Brees would deliver. Then it was Steve Gleason, Reggie, and 10 wins and on the doorstep of a Super Bowl.  2010 was a combination of a year-long afterglow of just winning a Super Bowl and late game wizardry to pull games out like a champion. These last three weeks might be even more enjoyable.

What the future holds for Teddy Bridgewater in New Orleans or elsewhere we can't know, but Teddy repeatedly says how thankful he is to be here and enjoying this moment because of everything he's overcome. So, I'm just going to take a cue from Teddy and enjoy this fun, unique, crazy moment where the Saints don't have the NFL all-time passing leader and the party just keeps on going.

The more I think about it 2019 Saints football might be the most New Orleans thing ever-- no matter what the party just keeps on keeping on.

Ralph Malbrough is a contributing writer and Saints fan living in Houston. Email him at saintshappyhour@gmail.com, find him on Facebook, or follow him on Twitter at @SaintsForecast or download the NSFW Saints Happy Hour Podcast.

(Warning: The Saints Happy Hour Podcast may contain language that is not suitable for all audiences)